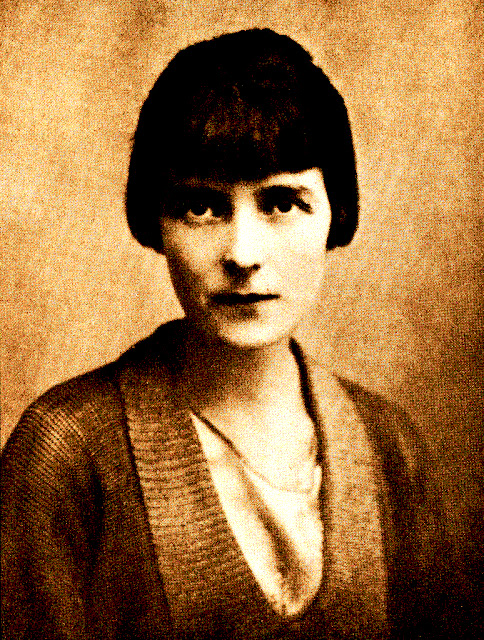 Short Stories
THE GARDEN PARTY, AND OTHER STORIES
Katherine Mansfield / The Garden Party

Katherine Mansfield was born on October 14, 1888, in Wellington, New Zealand. After moving to England at age 19, Mansfield secured her reputation as a writer with the story collection Bliss (1920). She reached the height of her powers with her 1922 collection The Garden Party. Her last five years were shadowed by tuberculosis; she died from the disease on January 9, 1923, at the age of 34. 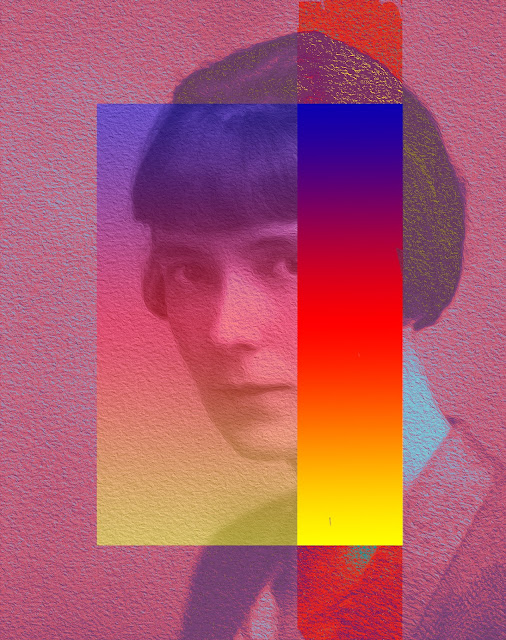 Kathleen Mansfield Beauchamp Murry was a prominent modernist writer of short fiction who was born and brought up in colonial New Zealand and wrote under the pen name of Katherine Mansfield. Mansfield left for Great Britain in 1908 where she encountered Modernist writers such as D.H. Lawrence and Virginia Woolf with whom she became close friends. Her stories often focus on moments of disruption and frequently open rather abruptly. Among her most well-known stories are "The Garden Party", "The Daughters of the Late Colonel" and "The Fly." During the First World War Mansfield contracted extrapulmonary tuberculosis, which rendered any return or visit to New Zealand impossible and led to her death at the age of 34.

Mansfield was born Kathleen Mansfield Beauchamp, in 1888, into a socially prominent family in Wellington, New Zealand. The daughter of a banker and born to a middle-class colonial family, she was also a first cousin of author Countess Elizabeth von Arnim. Mansfield had two older sisters and a younger brother, born in 1894. Her father, Harold Beauchamp, went on to become the chairman of the Bank of New Zealand and was also knighted. The Mansfield family moved to Karori in 1893, where Mansfield would spend the happiest years of her childhood; she later used her memories of this time as an inspiration for the Prelude story.

Her first published stories appeared in the High School Reporter and the Wellington Girls' High School magazine (the family returned to Wellington proper in 1898), in 1898 and 1899. She became enamoured with a cellist, Arnold Trowell (Mansfield herself was an accomplished cellist, having received lessons from Trowell's father), in 1902, although the feelings were largely unreciprocated. Mansfield wrote, in her journals, of feeling alienated to some extent in New Zealand, and, in general terms, of how she became disillusioned due to the repression of the Māori people—who were often portrayed in a sympathetic or positive light in her later stories, such as How Pearl Button Was Kidnapped.

She moved to London in 1903, where she attended Queen's College, along with her two sisters. Mansfield recommenced playing the cello, an occupation that she believed, during her time at Queen's, she would take up professionally, but she also began contributing to the school newspaper, with such a dedication to it that she eventually became editor during this period. She was particularly interested in the works of the French Symbolists and Oscar Wilde, and she was appreciated amongst peers for her vivacious and charismatic approach to life and work. She met fellow writer Ida Baker (also known as Lesley Moore), a South African, at the college, and the pair became lifelong friends. Mansfield did not become involved in much political activity when she lived in London; for example, she did not actively support the suffragette movement in the UK (women in New Zealand had gained the right to vote in 1893). 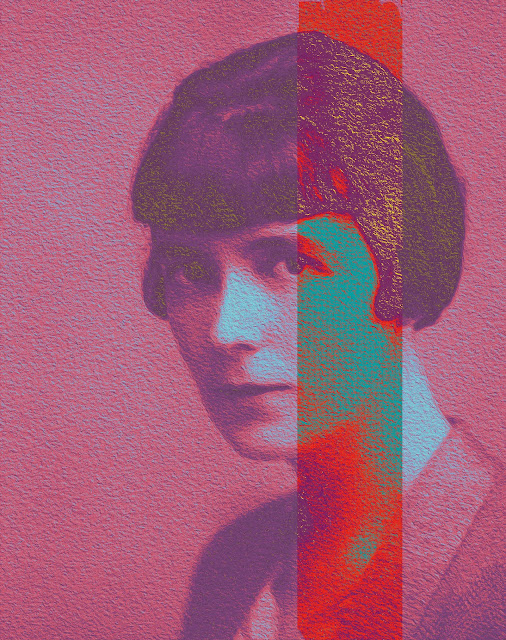 Mansfield first began journeying into continental Europe from 1903–1906, mainly to Belgium and Germany. After finishing her schooling in England, Mansfield returned to her New Zealand home in 1906, only then beginning to write short stories. She had several works published in the Native Companion (Australia), which was her first paid writing work, and by this time she had her mind set on becoming a professional writer. It was also the first occasion on which she used the pseudonym 'K. Mansfield'. She rapidly wearied of the provincial New Zealand lifestyle, and of her family, during this time, and two years later headed again for London. Her father sent her an annual subsidy of £100 for the rest of her life. In later years, she would express both admiration and disdain for New Zealand in her journals, and she was never able to visit there again, partly due to her tuberculosis.

Mansfield had two lesbian relationships during this period, notable for their pre-eminence in her journal entries. Mansfield biographer Angela Smith has said that this is evidence of her "transgressive impetus", although Mansfield continued to have male lovers, and attempted to repress her feelings at certain times. Her first relationship was with Maata Mahupuku, a half-Māori girl whom Mansfield had first met in Wellington, and then again in London. In June 1907 she wrote: "I want Maata—I want her as I have had her—terribly. This is unclean I know but true." The second relationship, with Edith Kathleen Bendall, took place from 1906 to 1908, and Mansfield also professed her adoration for her in her journals.

Mansfield spent her last years seeking increasingly unorthodox cures for her tuberculosis. In February 1922, she consulted the Russian physician Ivan Manoukhin. His "revolutionary" treatment, which consisted of bombarding her spleen with X-rays, caused Mansfield to develop heat flashes and numbness in her legs.

The Dictionary of National Biography reports that she now came to feel that her attitude to life had been unduly rebellious, and she sought, during the days that remained to her, to renew and compose her spiritual life. In October 1922, Mansfield moved to Georges Gurdjieff's Institute for the Harmonious Development of Man in Fontainebleau, France, where she was under the care of Olgivanna Lazovitch Hinzenburg (later, Mrs. Frank Lloyd Wright). Mansfield suffered a fatal pulmonary haemorrhage in January 1923, after running up a flight of stairs to show Murry how well she was. She died on January 9 and was buried in a cemetery in the Fontainebleau District in the town of Avon.

Mansfield proved to be a prolific writer in the final years of her life, and much of her prose and poetry remained unpublished at her death. Murry took on the task of editing and publishing her works.

His efforts resulted in two additional volumes of short stories in 1923 (The Dove's Nest) and in 1924 (Something Childish), the publication of her Poems, The Aloe, as well as a collection of critical writings (Novels and Novelists) and a number of editions of Mansfield's previously unpublished letters and journals. 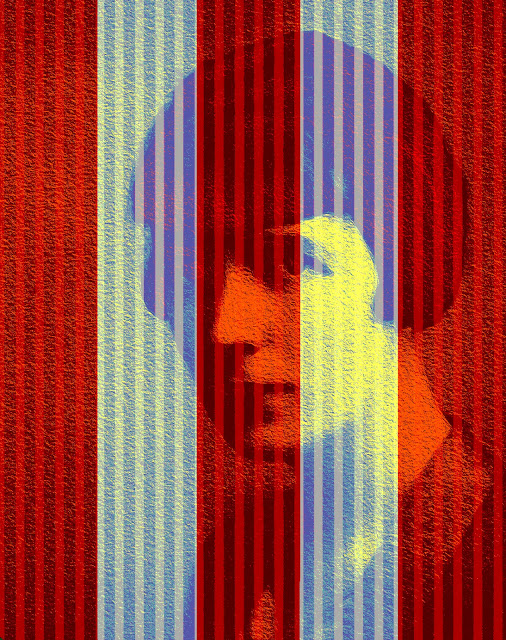 “The pleasure of all reading is doubled when one lives with another who shares the same books.”
Katherine Mansfield

“The mind I love must have wild places.”
Katherine Mansfield

“You have never been curious about me; you never wanted to explore my soul.”
Katherine Mansfield

“I'm a writer first and a woman after.”
Katherine Mansfield

“Short stories can be like photographs, catching people at some moment in their lives and trapping the memory for ever . There they are, smiling or frowning, looking sad, happy, serious, surprised ... And behind those smiles and those frowns lie all the experience of life, the fears and delights, the hopes and the dreams”
Katherine Mansfield 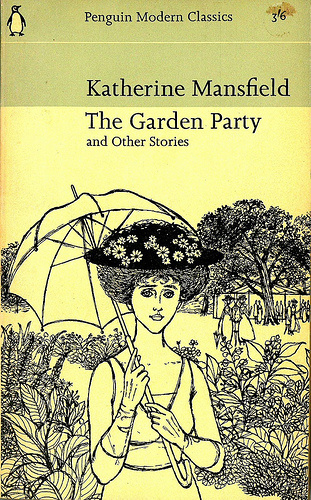 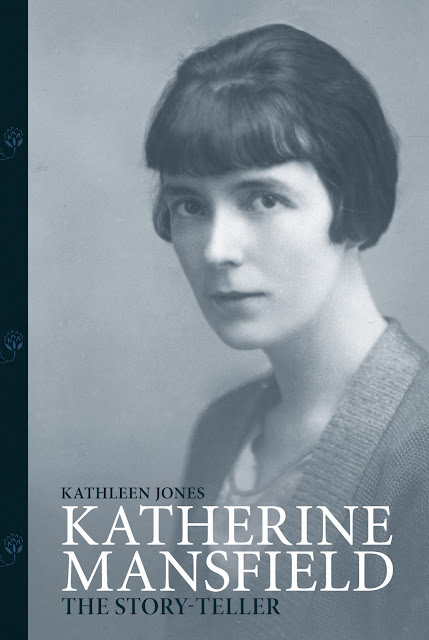