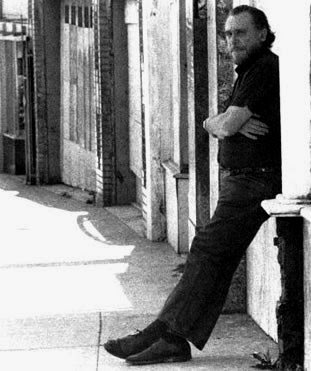 Bukowski / This kind of fire

American author of the second wave Beat Generation, noted for his stories of survival and heavy drinking on the fringe of society. Before starting his career as a writer, Bukowski worked in menial jobs and as a journalist at Harlequin and Laugh Literature. He was described by Jean Genet and Jean-Paul Sartre as America's 'greatest poet'. However, the author refused to meet Sartre - he had his bottle to take care of. 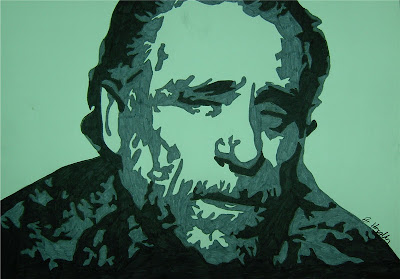 "There are so many," she said, "who go by the name of poet. But they have no training, no feeling for their craft. The savages have taken over the castle. There's no workmanship, no care, simply a demand to be accepted. And these new poet all seem to admire one another. It worries me and I've talked about it to a lot of my poet friends. All a young poet seems to think he needs is a typewriter and a few pieces of paper. They aren't prepared, they have had no preparation at all." (from Hot Water Music, 1995) 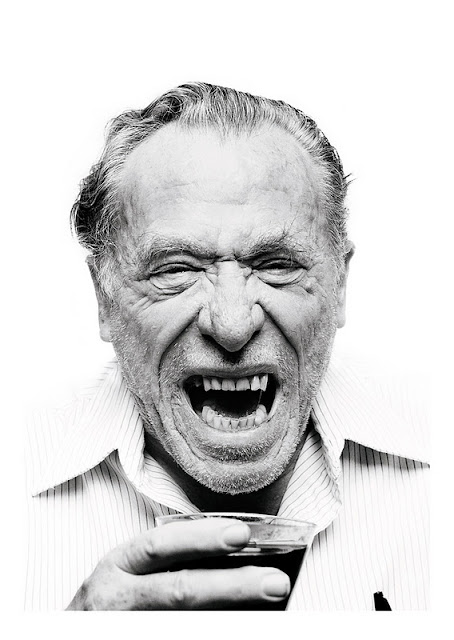 Bukowski died of leukemia on March 9, 1994, in San Pedro, California, aged 73, shortly after completing his last novel, Pulp. The funeral rites, orchestrated by his widow, were conducted by Buddhist monks. An account of the proceedings can be found in Gerald Locklin's book Charles Bukowski: A Sure Bet. His gravestone reads: "Don't Try", a phrase which Bukowski uses in one of his poems, advising aspiring writers and poets about inspiration and creativity. Bukowski explained the phrase in a 1963 letter to John William Corrington: "Somebody at one of these places [...] asked me: 'What do you do? How do you write, create?' You don't, I told them. You don't try. That's very important: 'not' to try, either for Cadillacs, creation or immortality. You wait, and if nothing happens, you wait some more. It's like a bug high on the wall. You wait for it to come to you. When it gets close enough you reach out, slap out and kill it. Or if you like its looks you make a pet out of it."

In 2007 and 2008 there was a movement to save Bukowski's bungalow at 5124 De Longpre Ave. from destruction. The campaign was spearheaded by preservationist Lauren Everett. The cause was covered extensively in the local and international press, including a feature in David S. Wills's Beatdom magazine, and was ultimately successful. The bungalow subsequently was listed as a Los Angeles Historic-Cultural Monument called Bukowski Court. The cause was criticized by some as cheapening Bukowski's "outsider" reputation.

Bukowski published extensively in small literary magazines and with small presses beginning in the early 1940s and continuing on through the early 1990s. These poems and stories were later republished by Black Sparrow Press (now HarperCollins/ECCO) as collected volumes of his work. In the 1980s he collaborated with illustrator Robert Crumb on a series of comic books, with Bukowski supplying the writing and Crumb providing the artwork.

Bukowski also performed live readings of his works, beginning in 1962 on radio station KPFK in Los Angeles and increasing in frequency through the 1970s. Drinking was often a featured part of the readings, along with a combative banter with the audience. By the late 1970s Bukowski's income was sufficient to give up live readings. His last international performance was in October 1979 in Vancouver, British Columbia. It was released on DVD as There's Gonna Be a God Damn Riot in Here. In March 1980 he gave his very last reading at the Sweetwater club in Redondo Beach, which was released as Hostage on audio CD and The Last Straw on DVD.

Bukowski often spoke of Los Angeles as his favorite subject. In a 1974 interview he said, "You live in a town all your life, and you get to know every bitch on the street corner and half of them you have already messed around with. You've got the layout of the whole land. You have a picture of where you are.... Since I was raised in L.A., I've always had the geographical and spiritual feeling of being here. I've had time to learn this city. I can't see any other place than L.A."

One critic has described Bukowski's fiction as a "detailed depiction of a certain taboo male fantasy: the uninhibited bachelor, slobby, anti-social, and utterly free", an image he tried to live up to with sometimes riotous public poetry readings and boorish party behaviour. Since his death in 1994 Bukowski has been the subject of a number of critical articles and books about both his life and writings. His work has received relatively little attention from academic critics. ECCO continues to release new collections of his poetry, culled from the thousands of works published in small literary magazines. According to ECCO, the 2007 release The People Look Like Flowers At Last will be his final posthumous release as now all his once-unpublished work has been published.

In June 2006 Bukowski's literary archive was donated by his widow to the Huntington Library in San Marino, California. Copies of all editions of his work published by the Black Sparrow Press are held at Western Michigan University which purchased the archive of the publishing house after its closure in 2003. 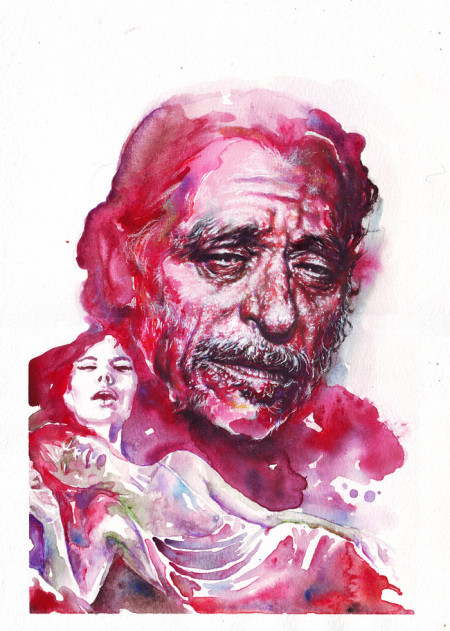 Bukowski: Born Into This, a film documenting the author's life, was released in 2003. It features contributions from Sean Penn, Tom Waits, Harry Dean Stanton and Bono (U2's song "Dirty Day" was dedicated to Bukowski when released in 1993).

In 1981, the Italian director Marco Ferreri made a film, Storie di ordinaria follia aka Tales of Ordinary Madness, loosely based on the short stories of Bukowski; Ben Gazzara played the role of Bukowski's character.

Barfly, released in 1987, is a semi-autobiographical film written by Bukowski and starring Mickey Rourke as Henry Chinaski, who represents Bukowski, and Faye Dunaway as his lover Wanda Wilcox. Sean Penn had offered to play the part of Chinaski for as little as a dollar as long as his friend Dennis Hopper would provide direction, but the European director Barbet Schroeder had invested many years and thousands of dollars in the project and Bukowski felt Schroeder deserved to make it. Bukowski wrote the screenplay for the film and appears as a bar patron in a brief cameo.

Also in 1987 a small Belgian film called Crazy Love came out, with script co-written by Bukowski himself. The film was loosely based upon 3 frequently-told episodes from his life.

A film adaptation of Factotum, starring Matt Dillon, Lili Taylor, and Marisa Tomei, was released in 2005.
In 2011, the actor James Franco publicly stated that he is in the process of making a film adaptation of Bukowski's novel Ham on Rye. He is currently writing the script with his brother David Franco and explained that his reason for wanting to make the film is because "Ham on Rye is one of my favorite books of all time." 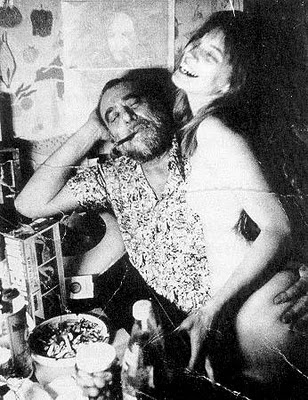