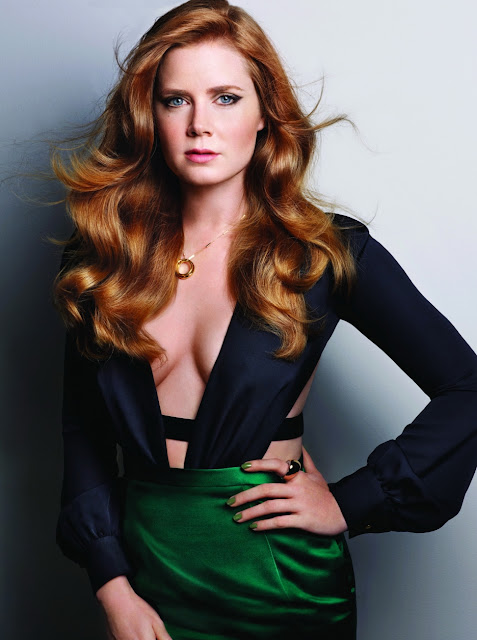 American actress Amy Adams has starred in the films Junebug, Julie & Julia, Enchanted and American Hustle, among many others.

Amy Adams was born on August 20, 1974, in Vicenza, Italy, and her family relocated to the United States when she was about 8 years old. She pursued dancing as well as musical theater, and continued auditioning for TV and film roles until she landed several that launched her into fame. Since then, Adams has starred in such popular films as Junebug, Enchanted, Doubt, Julie & Julia and Man of Steel, among many others. As of 2014 she has received five Academy Award nominations and earned a Golden Globe for her performance in American Hustle. 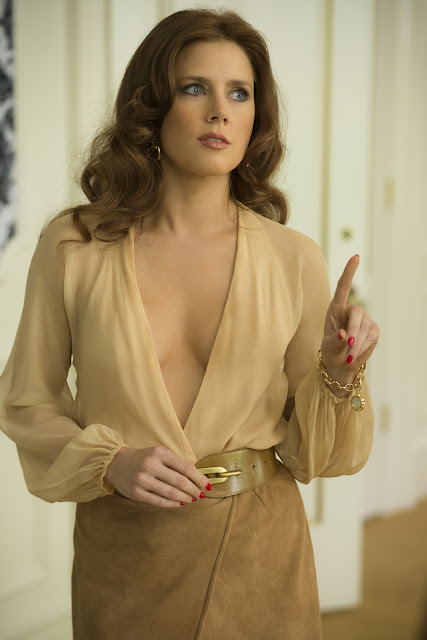 Actress Amy Lou Adams was born on August 20, 1974 in Vicenza, Italy. She was the fourth of seven children born to Americans Kathryn and Richard Kent Adams, with her father stationed at Caserma Ederle military base at the time of her birth. The Adams family, which was Mormon, relocated from one base to another until they settled in Castle Rock, Colorado when Adams was about 8 years old.

Adams sang in the Douglas County High School choir and, aspiring to become a ballerina, trained as an apprentice at a local dance company. Later, she decided the rigidity of ballet training was ill-suited for her, and she began to pursue a career in musical theater instead.
First Academy Award Nomination

In the mid-1990s, Adams worked as a dancer at a number of different theaters and playhouses in Colorado and Minnesota. By the end of the decade, she landed her first film role in the comedy Drop Dead Gorgeous. Shortly thereafter, encouraged by co-star Kirstie Alley, Adams relocated to Los Angeles and auditioned for more roles. She landed one on a FOX television series, but it was later canceled.

Adams went on to appear in several small films and guest star on TV series. She was also chosen to appear in Steven Spielberg's Catch Me If You Can(2002) as Brenda Strong—a role that, according to Spielberg, should have launched Adams's career. But it wasn't until she starred in the 2005 filmJunebug that Adams made her breakthrough: She received an Academy Award nomination for best supporting actress as well as a Special Jury Prize for her performance after Junebug premiered at the 2005 Sundance Film Festival.
Lead Roles: 'Enchanted' and 'Julie & Julia' 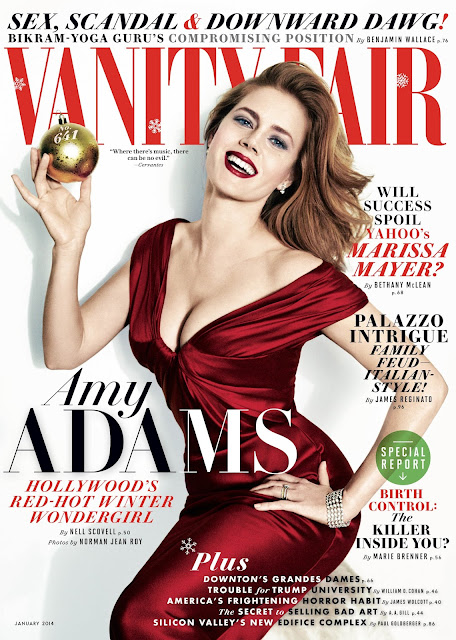 In 2007, Adams landed the lead in the fantasy musical Enchanted. The following year she received another supporting actress Oscar nomination for her role as a nun in 2008's Doubt, co-starring Meryl Streep. Then in 2009, she starred as a young, aspiring cook in Julie & Julia, the popular culinary comedy about famed chef Julia Child. Adams once again starred alongside Streep, with the project directed by late filmmaker Nora Ephron and receiving wide acclaim, earning nearly $130 million at the global box office.

A March 2008 MSNBC article called Adams Hollywood's new "It Girl," adding that she's still uncomfortable with all of her "It-ness." The article quoted Adams as saying, "I always equated 'It Girls' to, like, having a certain type of sexuality. So, for me, I don't think like that. I don't associate that with myself at this time. I've been working, which is so grounding and you don't sort of get a sense of the outside world when you're working."
More Oscar Nods: 'Doubt' and 'Hustle' 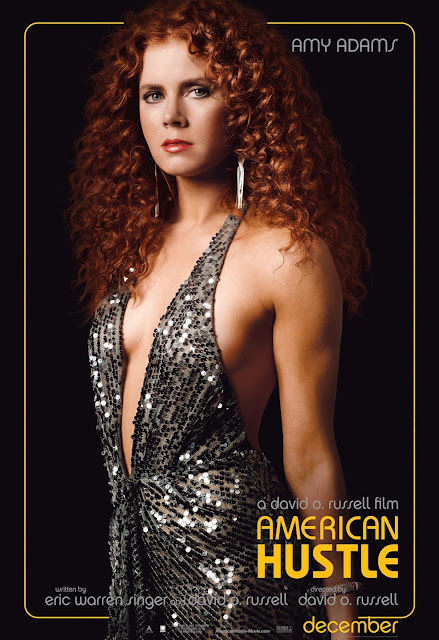 Adams has continued to take on an array of roles to much acclaim. She has earned additional Academy Award nominations for roles in the serious dramas The Fighter (2010), directed by David O. Russell, and The Master(2012), directed by Paul Thomas Anderson.

Adams has also taken on lighter fare such as Night at the Museum: Battle of the Smithsonian (2009) and The Muppets (2011). In 2013, she entered comic-book fandom with her portrayal of reporter Lois Lane in the Superman venture Man of Steel. Later that year she appeared opposite Christian Bale in the ensemble cast of American Hustle, once again helmed by Russell. Adams was nominated for yet another Oscar, her first for lead actress and this time for her role as a '70s-era con artist caught in a web of conflicting interests. She also won a Golden Globe for the performance. 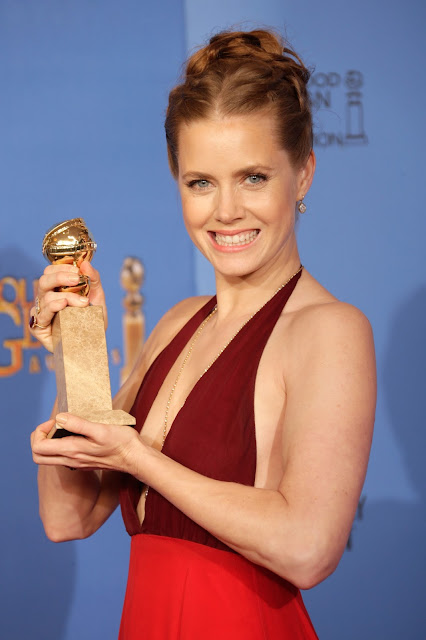 In 2014, Adams starred in Big Eyes, playing famed artist Margaret Keane and winning a Golden Globe for her efforts. Adams also garnered attention at the 2014 Cannes film festival around the sci-fi flick Story of Your Life, in which she will star as a linguist. Upcoming projects for the actress include reprising her role as Lois Lane in Batman v Superman: Dawn of Justice, and the biopic Get It While You Can, in which Adams is slated to portray the troubled rock legend Janis Joplin.
Personal Life

Adams has been in a long-term relationship with fellow actor Darren Le Gallo for more than a decade. The couple have a daughter.

After 14 years and a child, Amy Adams is finally getting married

Hollywood actress Amy Adams is to marry her longtime fiancé Darren Le Gallo this weekend in Los Angeles, multiple sources confirmed to Page Six.
The five-time Academy Award nominee is planning a hush-hush ceremony with Le Gallo at a private location in the LA area.
“American Hustle” and “Big Eyes” star Adams has been with actor and artist Le Gallo for 14 years. They became engaged in 2008 and have a daughter, Aviana, who will be 5 next month. 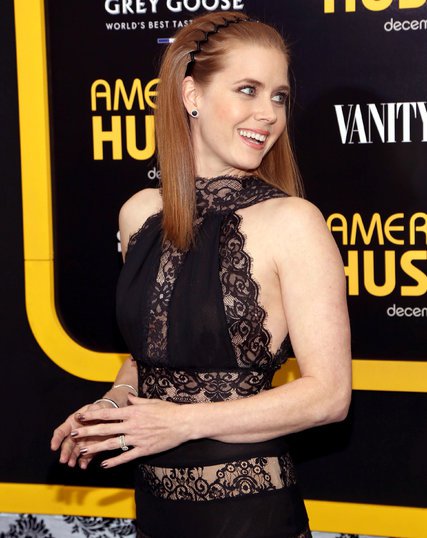 One source told us, “Amy and Darren are getting married this weekend in Los Angeles in a ceremony that will be intimate and very genuine. The guest list is being kept very small and she has kept the location very much under wraps.”
The source added: “Amy and Darren had always planned on getting married, but her career has been on such an amazing trajectory, it has been hard for her to take the time out. But now she has deliberately taken some time off work to be with her family and finally get married.”
Adams and Le Gallo, who live in Beverly Hills, met in an acting class after she starred in 2002’s “Catch Me If You Can.” She told Vanity Fair in 2013, “I’m not pregnant. I’m not getting married anytime soon.” She said of Le Gallo, “I know he’s completely capable and lovely, and beautiful, and offers something I could never hope to offer just in the nature of his being. We both have a very specific idea that we want to do this [the ceremony] in spring or fall, like in those months, but every time I’m busy working.” She added, “I want something very family-oriented and laid-back.”
She had previously said of Le Gallo, “If anything, he’s probably a little more protective . . . He’s very protective of other people’s ownership of me.”
Meanwhile, the popular actress still remains in demand on-screen. She’s been working on “Batman v Superman: Dawn of Justice,” in which she’ll reprise her role as Daily Planet reporter Lois Lane, out next year. She also signed up for “The Justice League Part One,” due in 2017. Her reps didn’t get back to us Monday night.
PAGE SIX