Frank O’Connor, pseudonym of Michael O’Donovan (born 1903, Cork, County Cork, Ire.—died March 10, 1966, Dublin), Irish playwright, novelist, and short-story writer who, as a critic and as a translator of Gaelic works from the 9th to the 20th century, served as an interpreter of Irish life and literature to the English-speaking world.


Raised in poverty, a childhood he recounted in An Only Child (1961), O’Connor received little formal education before going to work as a librarian in Cork and later in Dublin. As a young man he was briefly imprisoned for his activities with the Irish Republican Army. O’Connor served as a director of the Abbey Theatre, Dublin, in the 1930s, collaborating on many of its productions. During World War II he was a broadcaster for the British Ministry of Information in London. He won popularity in the United States for his short stories, which appeared in The New Yorker magazine from 1945 to 1961, and he was a visiting professor at several American universities in the 1950s.


Notable among his numerous volumes of short stories, in which he effectively made use of apparently trivial incidents to illuminate Irish life, are Guests of the Nation (1931) and Crab Apple Jelly (1944). Other collections of tales were published in 1953, 1954, and 1956. Collected Stories, including 67 stories, was published in 1981. He also wrote critical studies of the short story and the novel as well as of Michael Collins and his role in the Irish Revolution. O’Connor’s English translations from the Gaelic include one of the 17th-century satire by Brian Merriman, The Midnight Court (1945), which is considered by many to be the finest single poem written in Irish. It was included in O’Connor’s later collection of translations, Kings, Lords, and Commons (1959).

In this excerpt from the programme ‘Self Portrait Interior Voices’ O’Connor describes his favourite short story from his own collection of works ‘The Luceys’.

Every writer has his own favourite work and very often it’s something that nobody else in the world is interested in except himself.

Frank describes how he worked on ‘The Luceys’ for about twenty years, and how he will continue to work on it in his head until his dying day.

The Luceys is the story of a man who sins against his family, the greatest sin an Irish man can commit.

‘Self Portrait : Interior Voices - Frank O Connor’ was broadcast in two parts on the 2 and 9 January 1962.

RTÉ made a series of studio programmes for the new television station in the first year of Irish television 1962-1963. ‘Self-Portrait’ was a series of intimate studio monologues with distinguished Irish men and women. It provided a unique opportunity to hear and see significant individuals presenting themselves in their own words and voices enriching their presentations with personal stories and examples of their work.

This edition of Self Portrait was first shown on RTÉ Television on 9 January 1962.

Celebrating the legacy of famed writer and short story master Frank O’Conner (top right), University College Cork put on a symposium that coincided with the 50th anniversary of his death.
A group of distinguished Irish and American writers gathered to mark the event, including Éilís Ní Dhuibhne, Danielle McLaughlin, Mary Morrissy, and Brendan Matthews.
According Dr Hilary Lennon, School of English, UCC, the symposium “built on and contributed to the growing research field of Frank O’Connor Studies, while importantly assessing his impact and legacy at national and international levels.”
IRISHAMERICA 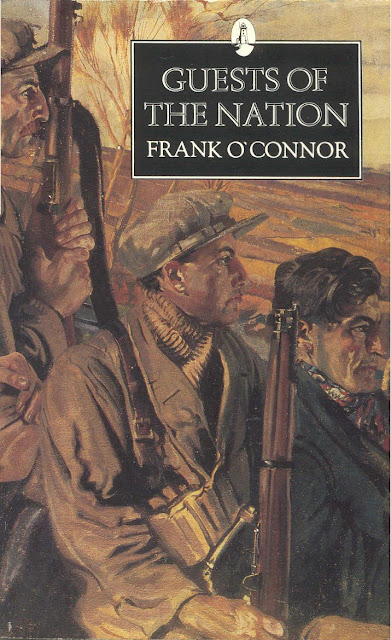 O'Connor was perhaps best known for his varied and comprehensive short stories but also for his work as a literary critic, essayist, travel writer, translator and biographer. He was also a novelist, poet and dramatist.
From the 1930s to the 1960s he was a prolific writer of short stories, poems, plays, and novellas. His work as an Irish teacher complemented his plethora of translations into English of Irish poetry, including his initially banned translation of Brian Merriman's Cúirt an Mheán Oíche (The Midnight Court). Many of O'Connor's writings were based on his own life experiences – notably his well-known The Man of the House in which he reveals childhood details concerning his early life in County Cork. The Sullivan family in this short story, like his own boyhood family, is lacking a proper father figure.
In other stories, his character Larry Delaney, in particular, is reminiscent of events in O'Connor's own life. O'Connor's experiences in the Irish War of Independence and the Irish Civil War are reflected in The Big Fellow, his biography of Irish revolutionary leader Michael Collins, published in 1937, and one of his best-known short stories, Guests of the Nation (1931), published in various forms during O'Connor's lifetime and included in Frank O'Connor – Collected Stories, published in 1981.
O'Connor's early years are recounted in An Only Child, a memoir published in 1961 which has the immediacy of a precocious diary. U.S. President John F. Kennedy remarked anecdotally from An Only Child at the conclusion of his speech at the dedication of the Aerospace Medical Health Center in San Antonio on 21 November 1963: "Frank O'Connor, the Irish writer, tells in one of his books how, as a boy, he and his friends would make their way across the countryside, and when they came to an orchard wall that seemed too high and too doubtful to try and too difficult to permit their voyage to continue, they took off their hats and tossed them over the wall—and then they had no choice but to follow them. This nation has tossed its cap over the wall of space and we have no choice but to follow it."
O'Connor continued his autobiography through his time with the Abbey Theatre in Dublin, which ended in 1939, in his book, My Father's Son, which was published in 1968, posthumously. It contains valuable character sketches of many of the leading Irish literary figures of the 1930s, in particular Yeats and AE. 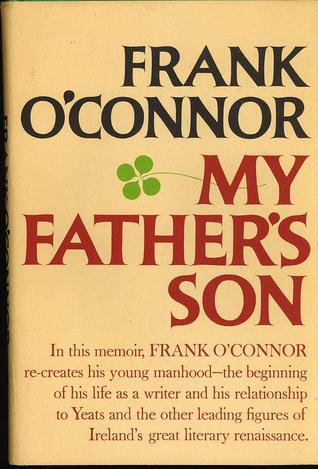 Since 2000, The Munster Literature Centre in O'Connor's hometown of Cork has run a festival dedicated to the short story form in O'Connor's name. The longest established annual festival dedicated to the short story form in an English-speaking country, it regularly hosts readings, workshops and masterclasses for contemporary practitioners of the form, as well as celebrating the work of O'Connor and other local short fiction writers such as Elizabeth Bowen, Seán Ó Faoláin and William Trevor.
The festival has hosted readings by: Richard Ford, Julia O'Faolain, James Lasdun, Alasdair Gray, Dan Rhodes, Eugene McCabe, Bernard MacLaverty, Desmond Hogan, James Plunkett, Lyudmila Ulitskaya, Rebecca Miller, Anne Enright, Mike McCormack, Etgar Keret, Éilís Ní Dhuibhne, Cónal Creedon, Samrat Upadhyay, Philip Ó Ceallaigh, Rachel Sherman, David Marcus, Panos Karnezis, Nisha da Cunha, William Wall, Bret Anthony Johnston, David Means, Claire Keegan, Miranda July, Rick Moody, Jhumpa Lahiri, Yiyun Li, Julie Orringer, ZZ Packer, Simon Van Booy, Wells Tower, Charlotte Grimshaw and Kevin Barry among others. It also has a tradition of encouraging younger writers at the start of their career, Jon Boilard for example.
The Frank O'Connor International Short Story Award, is awarded to the best short fiction collection published in English anywhere in the world in the year preceding the festival. The prize is also open to translated works and in the event of a translation winning the prize is divided equally between author and translator. The award is described as "the richest prize for the short story form" and at €35,000 in 2010 is one of the most valuable literary prizes for any category of literature. 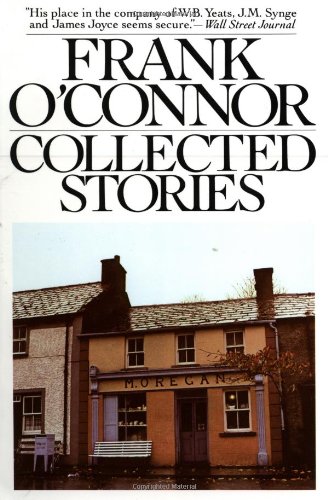 Neil Jordan's award-winning film The Crying Game was inspired in part by O'Connor's short story, "Guests of the Nation". The story is set during the Irish War of Independence and chronicles the doomed friendship between the members of an I.R.A. unit and the two British Army hostages whom they are guarding.