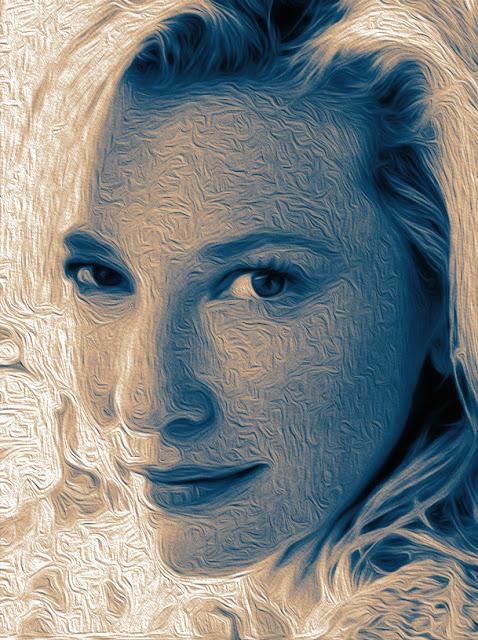 Cate Blanchett is an Academy Award-winning actress known for roles in an array of esteemed films, including 'Elizabeth,' 'The Aviator,' 'The Curious Case of Benjamin Button,' 'Blue Jasmine' and 'Carol.'

Born in 1969 in Melborne, Australia, Cate Blanchett studied at Australia's National Institute for Dramatic Art, graduating in 1992. Her U.S. film debut was in 1997's Paradise Road and she's gone on to star in a number of lauded projects, including The Talented Mr. Ripley, The Aviator, The Curious Case of Benjamin Button and two films about Queen Elizabeth I. In 2005, she won an Academy Award (best supporting actress) for her role as Katharine Hepburn in The Aviator. She received another Oscar in 2014, this time for best actress for her performance in Blue Jasmine (2013), and has earned further acclaim for her role in 2015's romantic drama Carol.

Born Catherine Élise Blanchett in Melbourne, Australia, on May 14, 1969, Cate Blanchett began making a name for herself in theater soon after graduating from Australia's National Institute of Dramatic Art in 1992. She quickly won roles with the Sydney Theater Company, first in its production of Top Girls and then in Kafka Dances. For her latter performance, Blanchett won the Sydney Theatre Critics Circle Newcomer Award in 1993. She also received critical acclaim for roles in productions of Hamlet, The Tempest and The Seagull.

Blanchett went on to land various parts on Australian and American television series, and then made her U.S. feature film debut in 1997's Paradise Road, about a group of women imprisoned in Japan during WWII. Later that year, she grabbed Hollywood's attention with her performance opposite Ralph Fiennes in Oscar and Lucinda (1997). In 1998, Blanchett's Golden Globe-winning portrayal of England's Queen Elizabeth I in Elizabeth earned the actress her first Academy Award nomination. She was 29 years old.
Blanchett turned in a superb supporting performance in 1999's The Talented Mr. Ripley, a film also featuring Matt Damon, Gwyneth Paltrow and Jude Law. Then in 2000, she played a psychic woman in a small Southern town in the thriller The Gift, starring alongside Katie Holmes and Greg Kinnear. The following year, Blanchett co-starred with Bruce Willis and Billy Bob Thornton in the comic caper Bandits, and with Kevin Spacey and Julianne Moore in The Shipping News. Additionally, she headlined the World War II-era drama Charlotte Gray, playing a British woman who is drawn into the French resistance movement.

'Lord of the Rings' and Oscar Win

The following year, Blanchett appeared in the first installment of The Lord of the Rings franchise, directed by Peter Jackson and based on the novel by J.R.R. Tolkien. She played the benevolent royal elf Galadriel in The Fellowship of the Ring (2001). Blanchett returned to the character for the second and third installments of the trilogy (reuniting with Elijah Wood, Ian McKellen, Orlando Bloom and Liv Tyler, among other recurring Lord of the Rings cast members): The Two Towers, released in 2002, and The Return of the King, released in 2003.
In 2005, Blanchett garnered her biggest cinematic accolade to date: She earned an Academy Award for best supporting actress for portraying Katharine Hepburn in the Howard Hughes biopic The Aviator, directed by Martin Scorsese.
Two years later, Blanchett returned to one of her most famous characters, Queen Elizabeth, in the film Elizabeth: The Golden Age (2007). Picking up a later chapter in the life of Elizabeth I, the film explores how the queen handled threats to her rule and her relationship with explorer Sir Walter Raleigh. Blanchett earned Screen Actors Guild Award, Golden Globe and Oscar nominations for her performance.

That same year, the actress took on another legendary portrayal: She was one of the actors to portray music legend Bob Dylan in the acclaimed biopic I'm Not There, directed by Todd Haynes. For her performance as the iconic singer-songwriter, Blanchett earned another Screen Actors Guild Award nomination, as well as Golden Globe and Oscar nods in the supporting actress category. Also in 2007, the actress was named one of Time magazine's "100 Most Influential People In The World."
In 2008, Blanchett starred as the dancer Daisy alongside Brad Pitt's title character in The Curious Case of Benjamin Button, about a man who ages in reverse time. Directed by David Fincher, the movie's screenplay was inspired by a story originally written by F. Scott Fitzgerald in the early 20th century.
In 2012, Blanchett returned to the character Galadriel yet again, this time for a new Jackson-directed series, The Hobbit. The franchise is a trilogy based on another work from Tolkien published years before The Lord of the Rings that features the same world. Thus The Hobbit's cast includes many of the same actors from The Lord of the Rings screen outings. The series' first film, An Unexpected Journey, was released in December 2012, and its second and third parts, The Desolation of Smaug and There and Back Again, hit theaters in 2013 and 2014, respectively. Blanchett was featured in each installment.

Blanchett won another Oscar in 2014, this time for best actress, for her enthralling, not-to-be-missed performance as a delusional New York socialite in Woody Allen's Blue Jasmine (2013). She starred in the film alongside Sally Hawkins, Alec Baldwin and Annie McNamara. Blanchett again showcased her extraordinary skills as a thespian, presenting a character inhabiting an artificial world of social prestige and glamour in an attempt to escape her past.
In 2008, Blanchett and her husband, screenwriter Andrew Upton, were appointed co-artistic directors of the Sydney Theater Company, serving in that capacity for several seasons, She also performed in several productions that included Jean Genet's The Maids, which appeared at the 2014 Lincoln Center Festival in New York.
After having co-starred in 2014's WWII drama The Monuments Men and the animated feature How to Train Your Dragon 2, Blanchett once again inhabited an iconic role, this time as the wicked stepmother in Disney's 2015 non-animated film adaptation of the fairy tale Cinderella, directed by Kenneth Branagh. Later that year she portrayed 60 Minutes producer Mary Mapes in James Vanderbilt's Truth, co-starring Robert Redford as Dan Rather. The film explores the news program's investigation into President George W. Bush's military service and the resulting fallout after a questionable on-air report.
Blanchett was also reunited with director Haynes in another drama for the 2015 season, Carol, in which she plays a suburban housewife who becomes romantically involved with a store saleswoman (Rooney Mara). The project was adapted from a 1952 novel (originally titled The Price of Salt) by Patricia Highsmith, the same author who'd penned The Talented Mr. Ripley. Both Blanchett and Mara received Golden Globe actress nominations, with Carol itself receiving additional nods in the categories of best drama, direction and score. Both women also received Academy Award nominations for their work, thus marking Blanchett's seventh Oscar nod.
Blanchett is slated to play legendary comedian Lucille Ball in Lucy and Desi, an authorized biopic written by Aaron Sorkin and acquired by Amazon Studios. The screenplay follows a wife's collapsed after a marriage to a "Bernie Madoff" type of scam artist has ended. The narrative which is a portrait of a woman in complete discord alternates between two parallel story lines. The film is memorizing through the incomparable blending by film editor Alisa Lepselter whose credits includes Midnight in Paris and Match Point.

Blue Jasmine is superbly crafted. Javier Aguierresarobe, a Spanish Basque cinematographer whose credits include Goya's Ghosts reflects the modern contemporary upheavals of the characters through the scenic sights of San Francisco and the East Coast. A walk along Ocean Beach, Chinatown, shots of the Golden Gate Bridge, the Hamptons and New York enlightens the audience of the tapestries glorify leisure activities of the rich and the realities of working class American.

Jean Anouilh was a French dramatist who wrote, "There is love of course. And then there's life, its enemy." Writer and director Woody Allen's film Blue Jasmine, is powerful observant and pleasurable movie about love and its enemy. The cast Cate Blanchett, Alec Baldwin, Sally Hawkins, Bobby Cannavale, Peter Sarsgaard, Andrew Dice Clay, Louis C.K., Michael Stuhlbarg and Alden Ehrenreich are all tackling romantic longings through their characters.

The musical selection for Blue Jasmine is an old jazz standard Blue Moon. The song's lyrics make a poignant statement about the characters longings. "Blue Moon / You saw me standing alone / Without a dream in my heart / Without a love of my own." 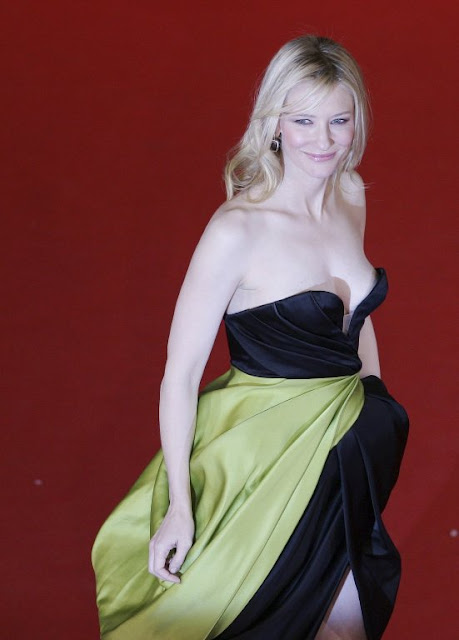 Since Carol premiered this year at the Cannes Film Festival, Cate Blanchett has—once again—landed on the Best Actress short list. Her transcendent acting, style, and glowing skin get regular play (expect more as awards season gears up), but what lies beneath the porcelain perfection? Here, five things you may not know about Cate Blanchett.

1. Though Blanchett was born and raised in Australia, her father, Robert, was actually a Texas-born navy man who met Blanchett’s mother, June, after his ship broke down in Melbourne. Robert put himself through night school back in the States and returned to Australia to marry June. When Blanchett was 10 years old, her father died of a heart attack; in 2007, she recalled the day he died in an interview with The New Yorker. “I was playing the piano,” she said. “He walked past the window. I waved goodbye.” Because she didn’t give her father a final hug, Blanchett now cannot leave her home without giving her family members a proper farewell. “I developed this ritual where I couldn’t leave the house until I could actually physically say goodbye to everyone.”


2. Before her Oscar-winning roles, Blanchett’s first claim to fame was a 1990s commercial for the famous Australian cookie Tim Tams. In the television spot, Blanchett plays a woman who frees a genie from a lamp and receives three wishes (sound familiar?), but Blanchett’s cookie-craving character asks only for an unlimited supply of Tim Tams.

3. Blanchett had a blink-and-you-missed-it cameo in 2007’s Hot Fuzz, playing the surgical-masked girlfriend of Simon Pegg. Director Edgar Wright explained how her cameo came to be: “In a weird way, this whole Cate Blanchett thing was sort of a slight kind of joke on that. ‘Let’s get an Oscar winner in there but not see her face.’ And she was totally up for that joke. She loved it.” Not only was Blanchett quite the sport, she even gave her fee to charity. “And this is why Cate Blanchett goes to heaven,” Wright said. “She is one nice lady.”
4. The Australian actress has won two Oscars, but she has broken many more Academy Award records. Blanchett is the only actress in history to be nominated for the same role, playing Elizabeth I in both 1998’s Elizabeth and 2007’s Elizabeth: The Golden Age. Her Oscar win for portraying Katharine Hepburn in The Aviator made her the first person to win the award for playing another Oscar winner. And her nomination for her role in Todd Haynes’s I’m Not There, in which she was cast as a Bob Dylan alter ego, also won her a notable distinction: Blanchett was one of three women to have ever been nominated for an Oscar for portraying a man. “I wanted to be him,” Blanchett has said of the singer. “It’s the first time I ever had that feeling. I actually wanted to be Dylan. Ultimately, he just really didn’t care. He’s on his own path.”
5. Blanchett’s playwright husband, Andrew Upton, has an unusual keepsake from her role as the elf queen Galadriel in the Lord of the Rings series: prosthetic ears. “I’m afraid that is true [that Andrew kept the elf ears],” she has said. “They’re not full ears, either—they’re little prosthetic tips that fit on the top of your ears to make the point. But they’re cute—and a bit weird.” Blanchett seems like she has a bit of a soft spot for the props, too. “But, to be honest, I basically did [Lord of the Rings] so that I could have the ears,” she once joked with The Guardian. “I thought they would really work with my bare head.” 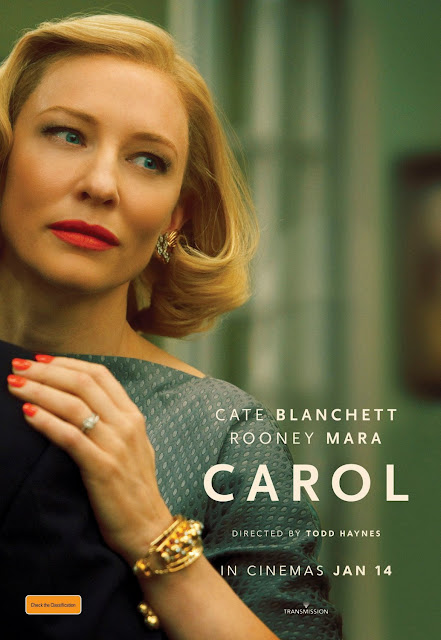