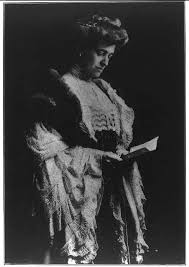 Edith Wharton (1862-1937) was born into a tightly controlled society at a time when women were discouraged from achieving anything beyond a proper marriage. Wharton broke through these strictures to become one of America’s greatest writers. Author of The Age of Innocence, Ethan Frome, and The House of Mirth, she wrote over 40 books in 40 years, including authoritative works on architecture, gardens, interior design, and travel. She was the first woman awarded the Pulitzer Prize for Fiction, an honorary Doctorate of Letters from Yale University, and a full membership in the American Academy of Arts and Letters. 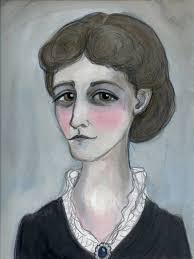 “No children of my own age…were as close to me as the great voices that spoke to me from books. Whenever I try to recall my childhood it is in my father’s library that it comes to life…”

Wharton was born Edith Newbold Jones into a wealthy New York family on January 24, 1862, at 14 West 23rd St. The third child and only daughter of George Frederic and Lucretia Rhinelander Jones, the young Edith spent much of her childhood in Europe, mainly France, Germany, Italy, developing both her gift for languages and a deep appreciation for beauty – in art, architecture and literature.
Returning to New York in 1872, Edith’s literary life began:  her parents engaged the talented Anna Catherine Bahlmann as her governess, she was allowed access to her father’s library, and at age 16, Verses, her volume of poems was published privately. 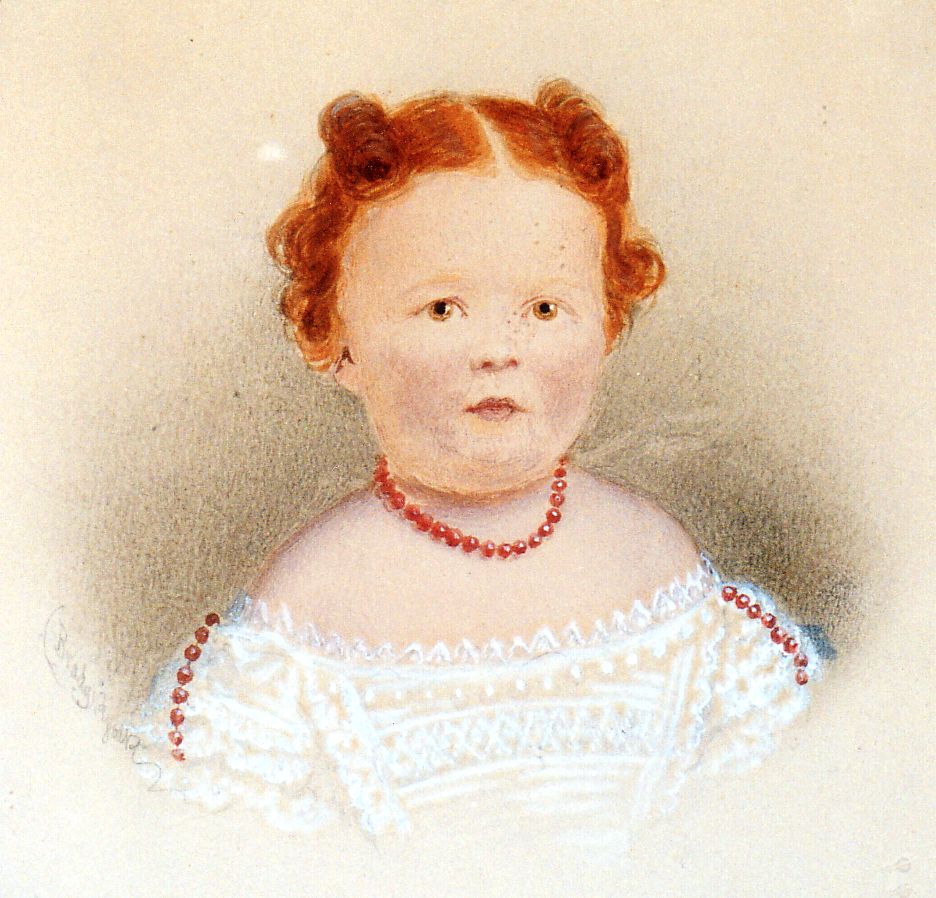 “..he was thirteen years older than myself, but the difference in age was lessened by his natural youthfulness, his good humor and gaiety, and the fact that he shared my love of animals and out-door life, and was soon to catch my travel-fever…”

At age 17, Edith Jones “came out” into society, making the rounds of dances and parties in Newport and New York, observing the rituals of her privileged world, a world she would later gleefully skewer in her fiction. Her childhood ended with the death of her father in March of 1882, followed by two romantic disappointments. Still unmarried at the age of 23, Edith was rapidly approaching “old maid” status. In 1885 she married Edward Robbins (Teddy) Wharton. Though imperfectly suited for each other, the couple filled their early married years with travel, houses, and dogs.
While living in Newport, Wharton honed her design skills, co-authoring (with Ogden Codman, Jr.) her first major book, a surprisingly successful non-fiction work on design and architecture, The Decoration of Houses (1897). 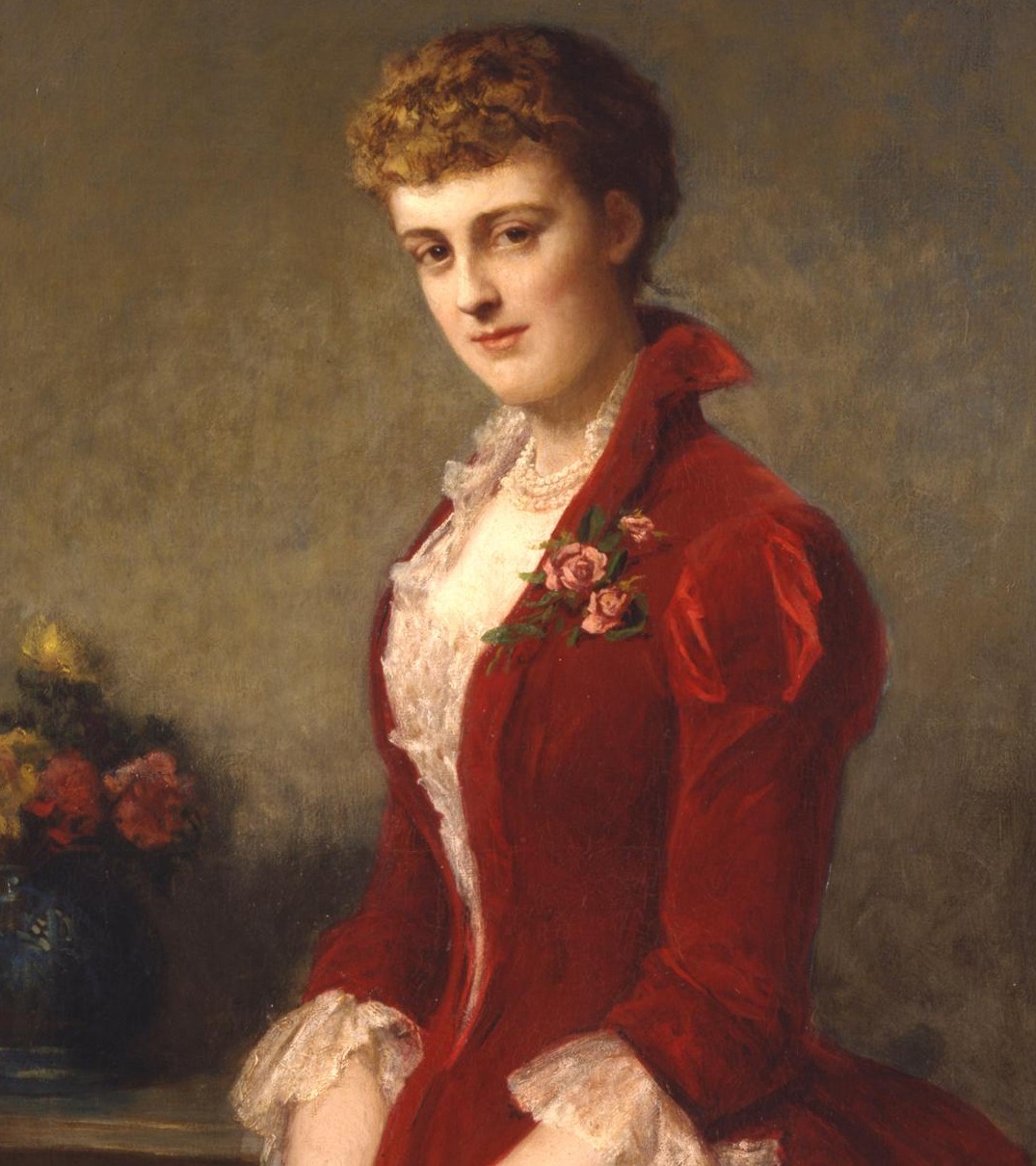 “The supreme excellence is simplicity. Moderation, fitness, relevance – these are the qualities that give permanence to the work of the great architects…”

In 1901, eager to escape Newport, Wharton bought 113-acres in Lenox, then designed and built The Mount, a home that would meet her needs as designer, gardener, hostess, and above all, writer. Every aspect of the estate—including its gardens, architecture, and interior design—evokes the spirit of its creator.
In a letter to her lover, Morton Fullerton, Wharton revealed how much of herself she put into The Mount:

“I am amazed at the success of my efforts. Decidedly, I’m a better landscape gardener than novelist, and this place, every line of which is my own work, far surpasses The House of Mirth… “

The Whartons would live at The Mount a short ten years. It was a transformational decade for Wharton, full of professional triumphs and emotional turmoil. Here she would write some of her greatest works, including The House of Mirth (1905) and Ethan Frome (1911). All while her marriage disintegrated under the weight of Teddy Wharton’s mental instability. The Whartons sold The Mount in 1911, they divorced in 1913. Edith Wharton moved permanently to France, Teddy returned to his sister’s home in Lenox.

“Hasn’t it shaken all the foundations of reality for you?”

In 1914, when World War I broke out, Edith Wharton was wealthy, famous, recently divorced, and living in her favorite city, Paris. Instead of withdrawing to the safety of England or returning to the United States, Wharton chose to stay and devote herself to creating a complex network of charitable and humanitarian organizations.
Wharton established workrooms for unemployed seamstresses, convalescent homes for tuberculosis sufferers, hostels for refugees, and schools for children fleeing war-torn Belgium. As a writer, Wharton was intent on witnessing the realities of war and was one of a handful of journalists and writers allowed on the front lines. In 1916, Wharton received the French Legion of Honor for her war work.

“I am an incorrigible life-lover & life-wonderer & adventurer.”

At the end of the war, Wharton moved out of Paris to Pavillon Colombe, a suburban villa in the village of St.Brice-sous-Forêt. In 1921, her novel of old New York, The Age of Innocence, won the Pulitzer Prize for fiction. In 1920 she acquired Château Ste.-Claire, a restored convent in the south of France. For the rest of her life, she divided her time between these two homes, devoted to her friends and dogs, writing prolifically, traveling, and gardening. She only returned to the United States twice after her move to France, the final time in 1923 to receive her Honorary Doctorate from Yale.
She died on August 11, 1937, age 75 at Pavillon Colombe. She is buried, in the Cimetière des Gonards in Versailles, close to her good friend Walter Berry. 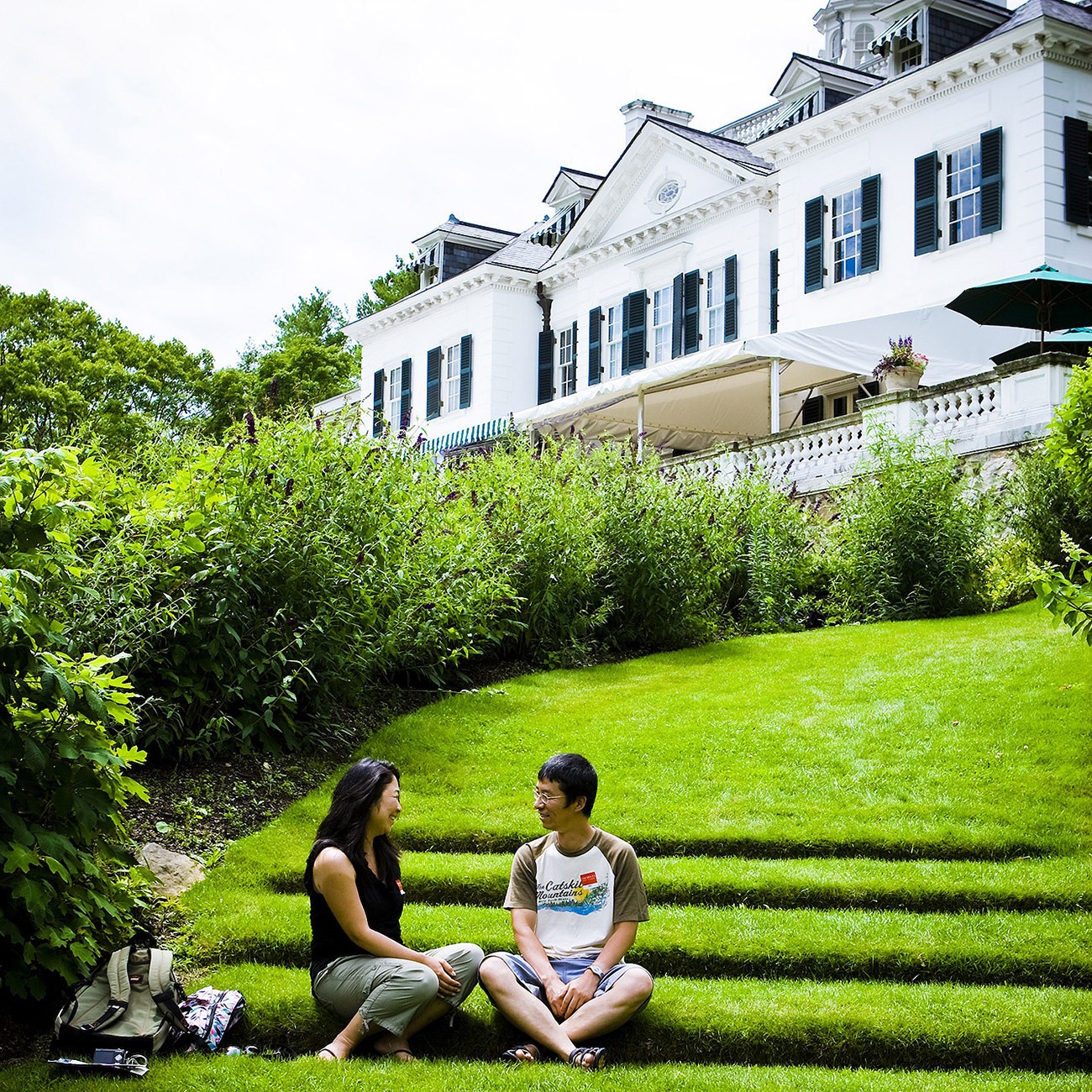 An Image of Wharton's Spirit

…In the blending of different elements, the subtle transition from the fixed and formal lines of art to the shifting and irregular lines of nature, and lastly in the essential convenience and livableness of the garden, lies the fundamental secret of the old garden-magic…”

Gardens, as Wharton elaborated in Italian Villas and Their Gardens (1904), should be architectural compositions just like houses. She envisioned her gardens as an elegant series of outdoor rooms, in harmony with the house and the surrounding natural landscape. Today, you can experience much of Wharton’s original design for the gardens. 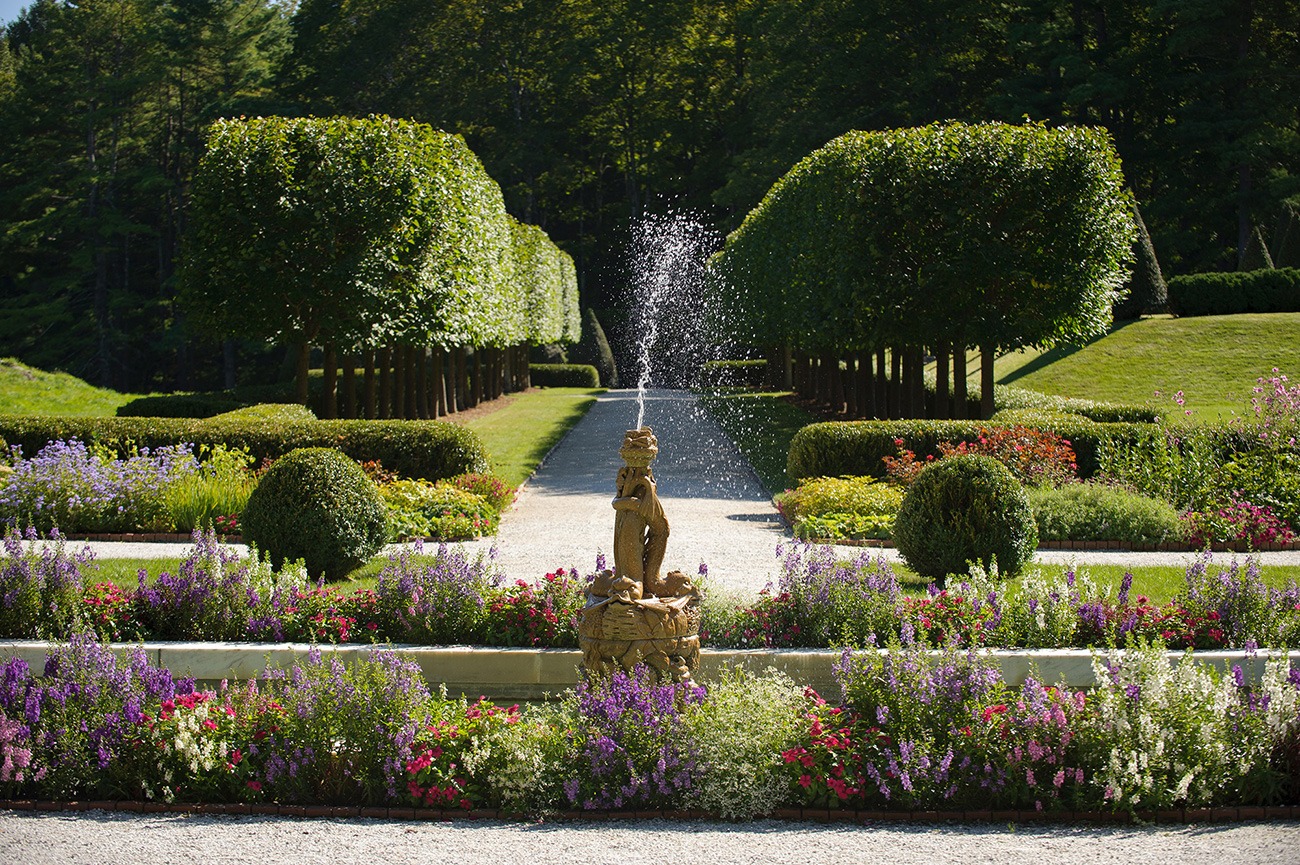 Wharton’s niece, Beatrix Jones Farrand, was just starting her illustrious career as a garden designer when Edith Wharton created The Mount’s gardens and contributed drawings of an extensive kitchen garden.
The sunken Italian Garden uses serene tones of greens and whites which, combined with porticos and alcoves in the stone walls, creates a cool, shady respite from summer sun. The centerpiece of this garden is a rustic rock-pile fountain surrounded by white begonias. 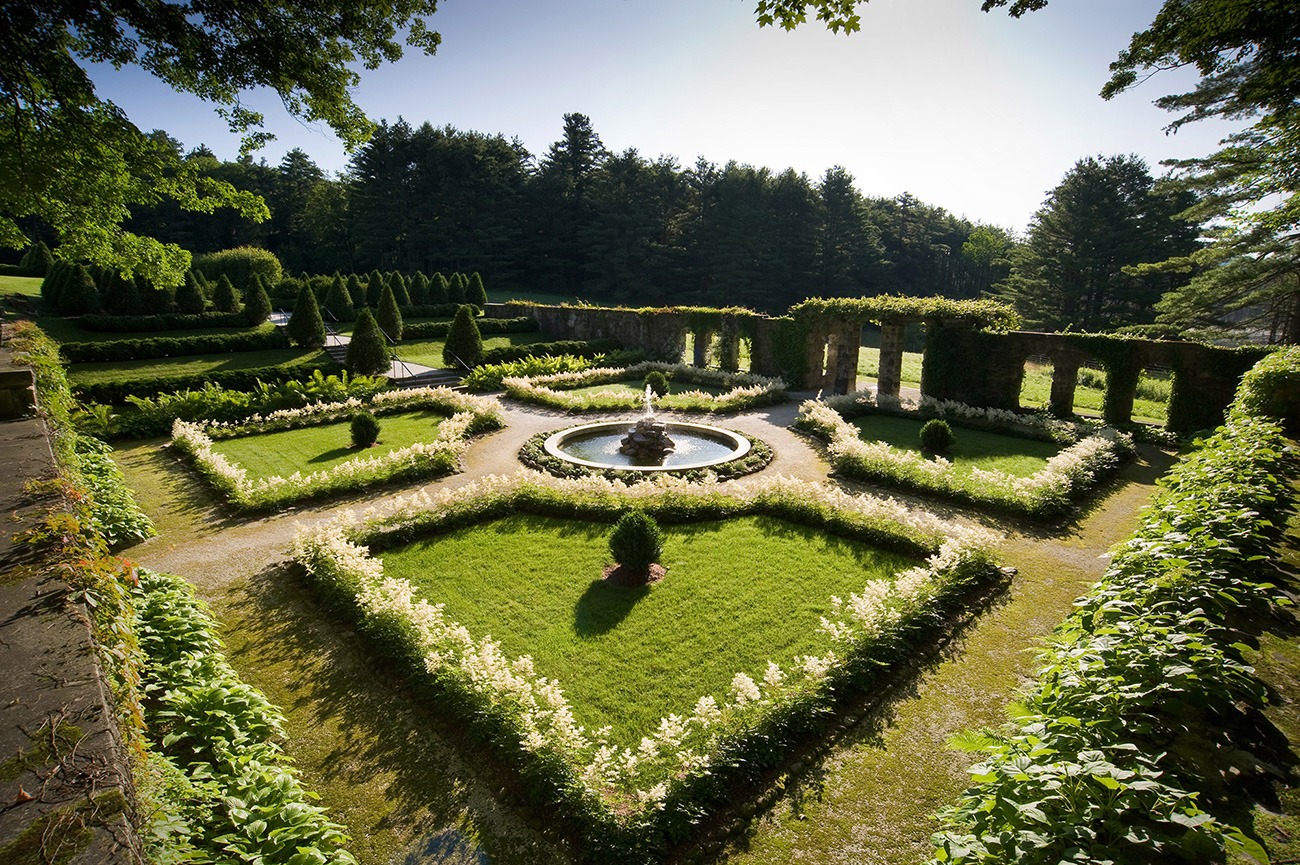 A gravel promenade of pleached linden trees, known as a Lime Walk, connects the Italian Garden to the more formal French Flower Garden. The French Flower Garden’s rectangular pool is surrounded by beds of annuals, perennials and shrubs creating vivid but orderly burst of colors. Wharton loved phlox, stocks, lilies, hydrangea, dianthus, delphinium, and dahlias, all of which still grace the flower beds.
The gardens also include a Rock Garden complete with molded Grass Steps cut into a sloping hill, a landscape feature rarely seen in America.
THE MOUNT The Book of the Homeless, 1915
Eternal Passions in English Poetry, 1939
THE MOUNT