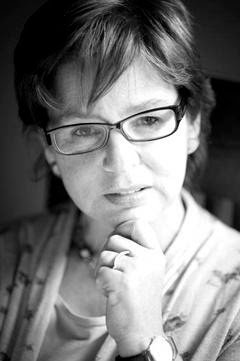 
Piedad Bonnet studied philosophy and literature at the Universidad de los Andes, Bogotá, where she has been a professor since 1981. She has published six books of poetry, two novels, a book of interviews with five Colombian poets, and four plays.
In Piedad Bonnet’s poetry, there is an almost furtive connection between two extremes: the collective violence and nocturnal intimacy that have characterized the poetry and, in many senses, the whole culture of her country. She titled one of her collections El resto es silencio (The rest is silence), after Shakespeare – an accurately explicit phrase: if silence is mentioned, its opposite is kept out, turned into a tacit reference.
El resto es silencio is her third poetry collection, and the second to be published outside Colombia, revealing the ever growing acceptance of her work in Spanish-speaking countries. In this work, Bonnet distributed her poems over four, precisely delimited themes: the symbolic dimensions of the body, the mental space of the family and the ups and downs of eroticism join a fourth theme in which the conflict (inevitably unresolved) between that which belongs to history, already formalized and public, and that which is inscribed in the personal and communal memory is re-enacted.
The language of the poet, as she questions the fossilized versions of the past and of the present, frequently resorts to an irrationalism of violent, almost expressionist images, impossible to reduce to mental habits: “My night is like a valley of shining bones./ The skin, sand, silica. The lips, cracked open”. (‘Nocturne’); “I have eaten my soup of nails, my bread of ammunition,/my bread with chintz,/I’ve already swallowed my portion of roots and poisons.” (‘Digestive process’); “My fear drank the air of the bedroom with open eyes/ and the monster that lives in me/ stifles my voice with its tail of fish scales” (‘Daily portion’).
In her work, Bonnet engages in a dialogue with all forms of art: she works in the narrow space where the poet’s own work uses the work of another as an instrument of discovery and as a register of personal beliefs and affections. Frida Kahlo is one of the more memorable artists that she uses as such an instrument. ‘La Venadita’ (‘The small doe’), for example, a poem dedicated to Kahlo, shows that the violence of language is not incompatible with a communion through art, and the confidence entailed in it:

Out of sheer pity and sheer love I would give you my body
as a present, Venadita
I, who envy the nocturnal lightning
of your eyebrows, your hands with rings,
the indian voice,
and your haughty mestizo neck!
You, whom God gave lots of everything, even
pain
and above all pain
I would give you,
if I were God,
a chest with little silver
Mexican bones
and a foot of gold . . .


Bonnet’s poems abound with indirect references to poets or philosophers, in a complex system of allusions not devoid of humor. ‘La Venadita’, however, is an example where her poetics are sharply defined. Moreover, Bonnet manages to do so while rejecting the restrictions set by intellectualism or anti-poetry, two straitjackets that (in numerous variants) have restrained the post-avant-garde movement of Hispanic poetry. Bonnet is one of those authors that, with persistence and talent, have been able to overcome these obstacles. 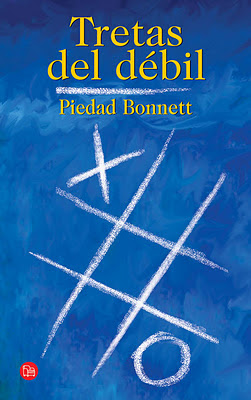 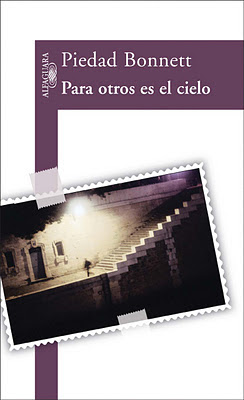