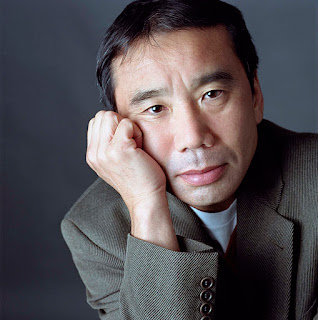 Japanese novelist, short-story writer, essayist, and translator, whose work combine postmodern techniques and fantasy with influences from American literature. Murakami is one of the most popular and widely translated of all contemporary Japanese authors. 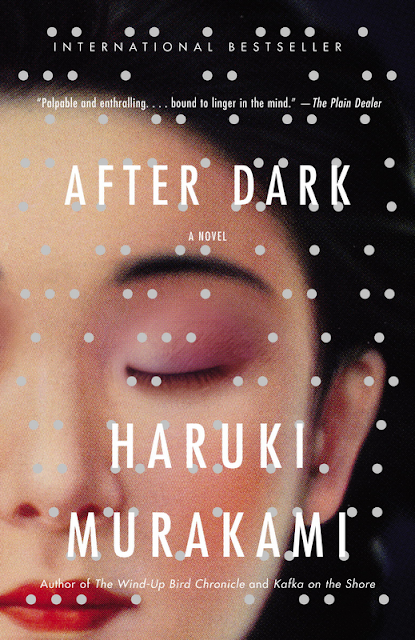 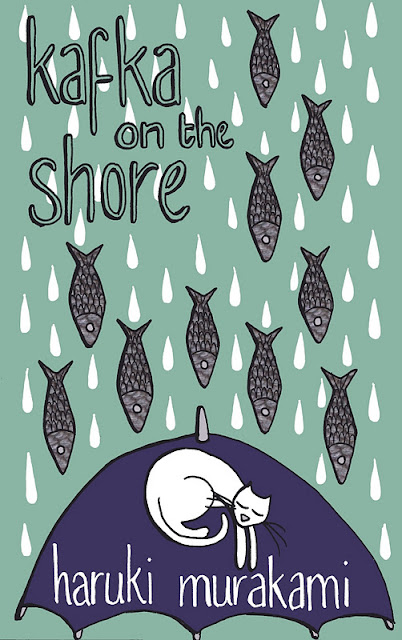 Murakami Haruki was born in Kyoto, but he grew up in Ashiya, Hyogo. His father, Ciaki, the son of of a Kyoto Buddhist priest, had fought in China in his youth, and prayed every morning at the Buddhist altar in their house for the people who had died in the war. Murakami's mother, Miyuki, was the daughter of an Osaka merchant. Both of his parents taught Japanese literature. Murakami himself became a voracious reader and was permitted to buy books on credit at the local bookstore. However, he was more interested in American hard-boiled detective stories and science fiction than Japanese classics. "Alone in my room I would listen to American jazz and rock-and-roll, watch American television shows and read American novels," Murakami has recalled in an interview. (New York Times, September 27, 1992)
In 1968 Murakami moved to Tokyo to study theater at Waseda University, Before graduating in 1975, Murakami opened with his wife, Yoko Takahashi, a jazz club called Peter Cat, which they managed until 1981. Originallyn the club was a windowless undergroud place, which had Spanish-style white walls, wooden tables and chairs. His friend, the photographer Eizo Matsumura has recalled, that it was a place "where time stood still." Its specialty was stuffed cabbage. In 1977, the couple moved the club to a central downtown location. Its interior was decorated all over with cat theme; even chopstick wrappers had cat designs.
Murakami started to write at the age of 29. His first novel, Kaze no uta o kike (1979, Hear the Wind Sing) won the Gunzo New Writer's Award. This 130-page story, where nothing much happens, was followed by Sen kyuhyaku nanaju san nen no pinboru (1980, Pinball 1973), which featured a possibly sentient pinball machine. It was awarded Kondansha publisher's Shinjin Bunkaku prize for best newcomer in 1980. These works introduced Murakami's protagonist, known as Boku, whose character owes debt to Chandler's Philip Marlowe and the existentialist antiheroes of the nouveau roman. He was also the narrator in Hitsuji o meguru boken (1982, A Wild Sheep Chase), in which he searched for a mysterious sheep. Before disappearing, the creature had "lived" inside a powerful businessman as the embodiment of his Nietzschean will-to-power. Murakami has regarded A Wild Sheep Chase as his real debut work. The Sheep Man appeared again in Dance Dance Dance (1988), saying: "Dance. As long as the music plays."
Following his success as a writer, Murakami sold his jazz club and devoted himself full time to writing. Between 1986 and 1989 Murakami lived in Greece. He has been a visiting fellow in East Asian studies at Princeton University and taught at Tufts University in Medford, MA. After spending years abroad, Murakami returned to Japan in 1995.
Murakami's fourth novel, Sekai no owari to hadoboirudo wandarando (1985, Hard-Boiled Wonderland and The End of the World), a kind of science fiction novel built on two separate but intricately related stories, won the Tanizaki Prize. Kafka on the Shore (2002), which also alternated between two storylines, was a tribute to the power of imagination, containing several riddles, "but there aren't any solutions provided," as Murakami said. The Steppenwolf Theatre Company produced in 2008 a stage version of the book, written and directed by Frank Galati.
In Noruwei no mori (1987, Norwegian Wood), named after the Beatles song, Murakami's approach was untypically realistic and straightforward. The two-volume love story set in the 1960s became a highly popular novel in Japan, selling over four million copies. Until Nejimaki-dori kuronikuru (1994-95, Wind-up Bird Chronicle) Murakami had not touched political subjects in his imaginative novels, but in this work he also dealt with the Japanese campaign in Manchuria during the Pacific War. "In trying to depict a fragmented, chaotic and ultimately unknowable world, Mr. Murakami has written a fragmentary and chaotic book," said Michiko Kakutani in The New York Times (October 31, 1997). When Murakami accepted the prestigious Jerusalem Prize in 2009, he told in his speech that he stands on the side of unarmed civilians, not "The System" that sometimes takes on a life of its own, and "then begins to kill us and cause us to kill others – coldly, efficently, systematically."  Murakami has also criticized Japan's nuclear industry.
After the Quake (2000), a collection of short fiction, took its material from the 1995 Kobe earthquake. Underground: The Tokyo Gas Attack and the Japanese Psyche (1997-98), Murakami's first book on non-fiction, was about the terrorist attack on the Tokyo subway system in 1995 by the Aum Shinrikyo cult. Murakami returned to the theme of strage cults in 1Q84 (2009-2010), originally published in three volumes in Japan. The long tale told of a man, Tengo, and a woman, Aomame, searching for each other after parting at the age of 10. "Please remember," says a taxi driver in the beginning, "things are not what they seem." The title refers to the alternate world, into which Aomame stumbles. A bestseller, this work sold immediately 1.5 million copies.
Murakami has translated into Japanese works by F. Scott Fitzgerald, Truman Capote, Raymond Carver, Paul Theroux, John Irving, Tim O'Brien, and others. At the age of 33, Murakami began to run regularly for exercise. He has ran the classic route from Athens to Marathon, completed dozens of marathons and participated in triathlons. His fastest marathon was in New York City in 1991 with a time of 31:31:27.
In 2011, Murakami was rumored to be among the front-runners for the Nobel Prize in Literature. Murakami keeps a disciplined schedule throughout the day, wakes up at 4 a.m. without an alarm, writes for five to six hours in his office, runs or swims in the early afternoon, and spends the evening reading or listening to music of all kinds: jazz, classical, folk, rock. From early on, music has been an essential part of his life and writing. "My style boils down to this: First of all, I never put more meaning into a sentence than is absolutely necessary. Second, the sentences have to have rhythm. This is something I learned from music, especially jazz. In jazz, great rhythm is what makes great improvising possible." (from Haruki Murakami and the Music of Words by Jay Rubin, 2005) 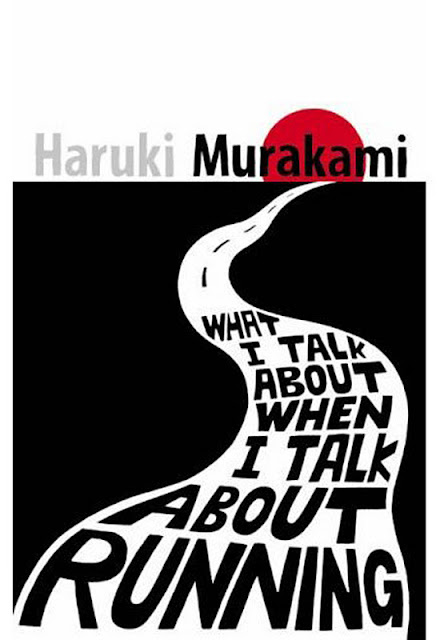 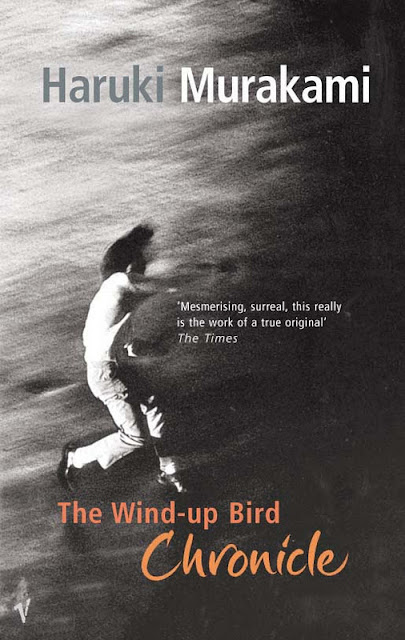