"One of the great photographic image-makers
of the last few decades"
Terence Pepper, Curator of Photographs at the National Portrait Gallery

Bob Carlos Clarke was born in Cork, Ireland in 1950, and came to England in 1964 to study art and design at The West Sussex College of Art where he developed an interest in photography. He then went on to The London College of Printing, before completing his degree at the Royal College of Art in 1975.

He worked in almost every sphere of photography, winning numerous awards for his high-profile advertising campaigns, recognition for his photojournalism and portraits of celebrities, and international acclaim from collectors of fine prints.

Bob Carlos Clarke (24 June 1950 – 25 March 2006), was born in Cork, Ireland. A prolific photographer, described as “Britain’s answer to Helmut Newton”, in his short life he had a strong impact upon and influenced the development of photography from the late 20th Century through to the present day.

He was sent to an all-male boarding school in England at a young age and this experience influenced his photography and his choice of subject matter, both as a student and new photographer and then later in adult life.

After finishing secondary education he went to Dublin for a year, working in various low level positions at advertising agencies and newspapers as a trainee journalist. After a brief spell in Belfast in 1969, Carlos Clarke moved to England in the latter half of 1970 and enrolled in the Worthing College of Art. It was here that he met his first wife Sue Frame, knowing that she was a part-time model he “knew he had to become a photographer without delay” and persuaded her to pose for him on a chromed 650cc Triumph Bonneville.

In 1975, a couple of years after this photograph was taken, they married at Kensington Registry Office. By this time they had already made the move to London, more specifically Brixton, where Carlos Clarke enrolled in the London College of Printing. He later went on to complete an MA from the Royal College of Art in photography, graduating in 1975. He initially began photographing nudes as a means of making money; using his fellow students as models he shot for Paul Raymond Publications, Men Only and Club International. Having exhausted the college of beauty he turned to model agencies and discovered that it was possible to flick through a catalogue and essentially ‘order’ a girl from a picture.

It was at this time that his relationship with Sue was beginning to wane and he spent periods renting separately from her. He rented in Brixton before purchasing half a house in Balham for £9,500. Limitations on space meant that his photographic style had to adapt, as he was unable to take a whole picture in one take and as a result began to use photomontage to create homemade fantasies. Carlos Clarke says of the time “visitors to my grand apartment had to tiptoe around a labyrinth of cut-up scraps of photographs, pots of glue and scattered scalpels”. This method saw him take photographs everywhere he went, “of skylines, doorways, highways, rocks, ruins, rivers – anything I might use later in a composition”. The next stage of this process was the purchase of a deVillbiss airbrush and a compressor to spray inks and chemicals”.

He writes of the time “working in such confined and ill-equipped spaces was most hellish. One of my darkrooms was a tiny bedroom adjacent to a railway where I had to time my exposure to avoid the vibration of passing trains”. It was at this time and working in such conditions that Carlos Clarke discovered what he termed ‘chemical abuse’ – flinging chemicals across prints to distress the image. He was photographer who was not to be limited by the two-dimensionality of the photographic print. As a photographer he became fairly obsessed with achieving the ‘perfect’ image. A neurotic and obsessive printer, Carlos Clarke would make the same image again and again convinced that they could be improved. As a result he has left behind a legacy of a great many prints of similar images with different effects of colouring. He left his cramped flat and moved to Wimbledon Village and from there to a bright apartment overlooking Earl’s Court Square. His marriage to Sue had disintegrated and he was now dating Lindsey Rudland, a model at the time, they had met through a mutual friend. They lived together in Earl’s Court and ran a professional darkroom and studio in the space. Eventually they would marry in St Vincent in 1997.

Carlos Clarke’s first encounter with photographing models in rubber and latex was an experience with a gentleman called ‘The Commander’, a publisher of a magazine for devotees of rubber wear who had contacted Carlos Clarke to shoot for his publication. The artist Allen Jones was a good friend of Bob Carlos Clarke. His work drew heavily on fetishism and he advised the younger photographer to lay off the fetish scene. Despite this Carlos Clarke devoted the following decade to shooting women in high heels. What he liked about rubber and vinyl “was the way it contained a body, concealing imperfections and defining contours beneath a gleaming synthetic skin”. Once they’d mastered the technique of getting it on, the models loved it; “it became a new and exciting ritual, a way of being simultaneously exposed and impenetrable”. Carlos Clarke worked with ‘Daniel James of London’ for five years on creating rubber and synthetic outfits. They also collaborated to create a mail-order catalogue called ‘Maid in London’. Daniel James’s work became thematic to Bob’s second book ‘The Dark Summer’ (Quartet, 1985) and it was Daniel who created the mermaid’s tail for Bob’s iconic image “Fantasy Females Are Impossible To Satisfy” (2004).

As a professional photographer the cameras that Bob liked to use included the Pentax 6.45, Olympus OM4ti and Pentax 6x7s and Fuji 6x9s. He detested the emergence of digital photography, which gave everyone the impression they were the next Cartier-Bresson. However, he is quoted as saying that the reason for him being “vehemently anti-digital” is “a self defence mechanism, because I don’t understand it”. Expanding upon this in the same interview he explained; “with digital the problem is that there is no end to the options. And that’s where people fall down. They lose sight of the fact that the image has to happen in the eye, the mind and the camera, at the right time”.

Carlos Clarke did not like using recognizable faces and known models. One of his most iconic mages ‘Masked Blonde’ (1996) is a photograph of the model Caprice, who was represented by Ghislain Pascal who later became the photographer’s agent. Yet he did not entitle the work with reference to her, he wanted the model to remain anonymous. Philippe Garner, Head of Photography at Christies, in discussion on Bob’s photography observed; “Partly what intrigued me about the pictures is whether he is photographing what he desires or photographing what he fears, and I suspect the answer is both.

He moved to his first “grown up studio” at The Village in Battersea, London in 1996 – a disused Victorian school in South London, which became the centre of his world with its enormous studio, darkroom, office and apartment – rented to many other photographers as well.

Carlos Clarke had two solo exhibitions of his work during his lifetime, including one at Hamiltons Gallery entitled Styx (1991). It was this exhibition that represented a pinnacle for Carlos Clarke and it resulted in him being “famous in a way that he had never been”. Philippe Garner commented on the exhibition, “his name was carrying some resonance with the broader public and with keen amateur photographers” . His daughter Scarlett was born the day after the opening.

His ‘Love Dolls Never Die’ exhibition in 2004 at Eyestorm Gallery was his debut into digital photography. The pictures were all shot on film, but they were enhanced digitally. It was also a satirical commentary on the fad at the time for retouching fashion and glamour images to such an extent that the skin appears plastic as well as the proliferation of plastic surgery. Carlos Clarke described the exhibition as “the antithesis of everything I’ve ever preached. I’ve gone for brutal clarity and intense manipulation. It’s a complete fusion of old and new technology: traditional darkroom ‘wet’ processes and state of the art Photoshop retouching. The files are huge and are going to be printed about five foot high”. The exhibition toured to Spain with exhibitions in both Madrid (2005) and Barcelona (2006). This exhibition was his most successful, outselling all his previous shows put together.

In explanation for the small number of exhibitions had during his lifetime Bob once said; “I stopped exhibiting because I’ve had so many problems with galleries. Most charge 50 per cent commission on sales and if that’s not bad enough, many would often fail to pay what they owed. It came to a point that you were putting on an exhibition, selling pictures and then having to fight to get paid”.

He produced six books during his career: The Illustrated Delta of Venus (W H Allen, 1980), Obsession (Quartet, 1981), The Dark Summer (Quartet, 1985), White Heat (Octopus, 1990), andShooting Sex (self-published, 2002), ‘Love Dolls Never Die’ (self-published, 2004), and one DVD ‘Too Many Nights’ (Panoramica, 2006) During his lifetime Carlos Clarke, due in part to his own insecurity, did not believe that his skills and remarkable talent as a photographer had been recognised. Yet, he was a big star at the annual national photo expos, with young photographers packing the lecture halls. Indeed, Philippe Garner, Head of Photography at Christies believes that Carlos Clarke deserves a significant place in the annals of British photography.

Bob Carlos Clarke committed suicide on the 25th March 2005. Terence Pepper, Curator of Photographs at the National Portrait Gallery described Carlos Clarke as "one of the great photographic image-makers of the last few decades". 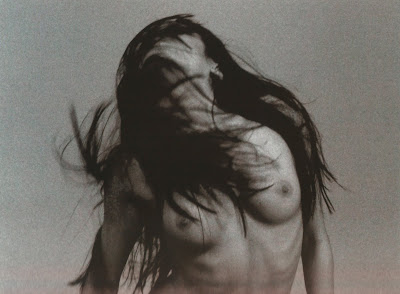 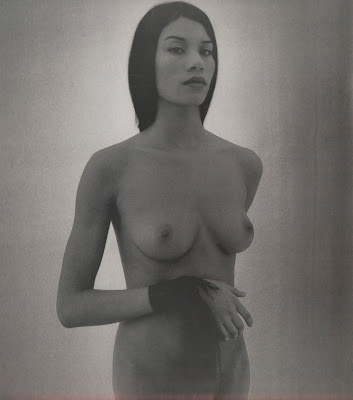 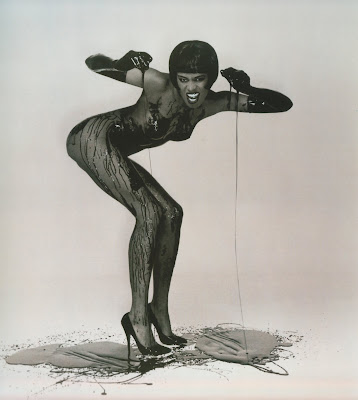 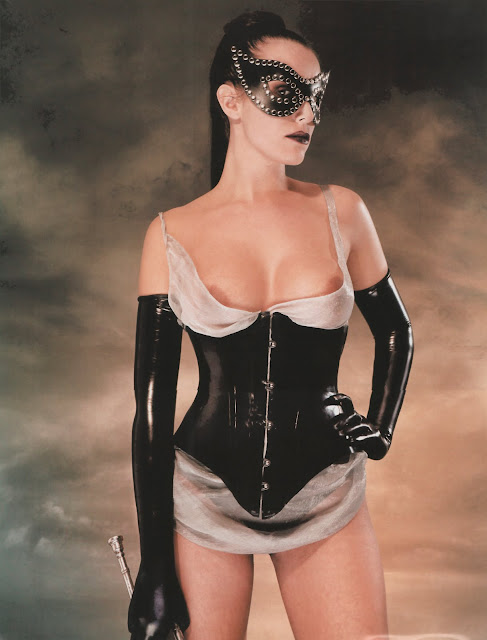