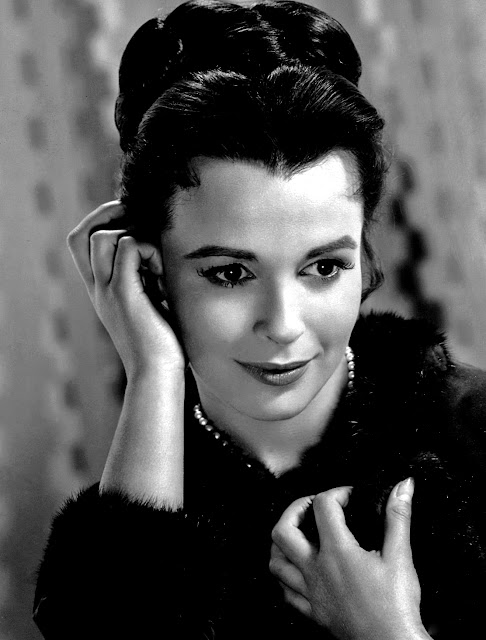 Claire Bloom English is a dramatic actress noted for her moving portrayals of Shakespearean heroines. She also played on stage, television, and in films.

Claire Bloom was born in London on February 15, 1931. At age 14 she tried out for the part of Juliet with the company of the Shakespeare Memorial Theatre; in 1948 she was cast as Ophelia in Hamlet. She won praise for her early movie role in Limelight (1952). She successfully combined a stage career with films, and continued to star in films and on television into the 21st century.
BIOGRAPHY 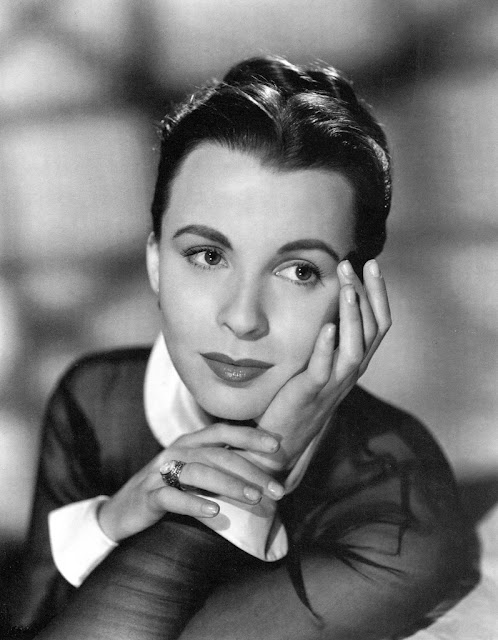 
but I don't want to live there.
I'm too young to die.
Claire Bloom 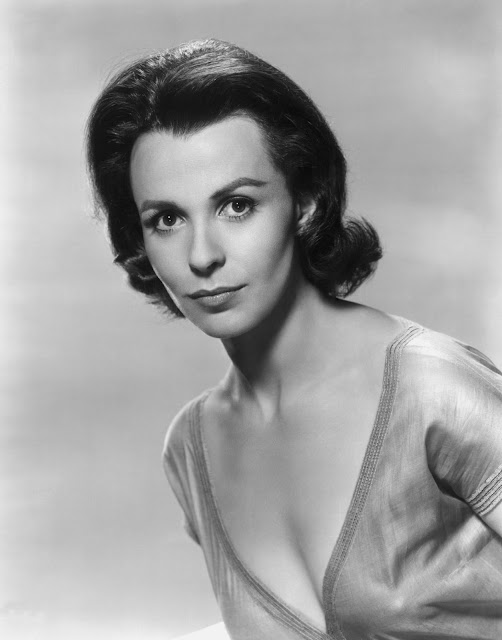 Age has not taken the flower off this Bloom. The well-known and respected stage, screen and television actress Claire Bloom, originally named Patricia Claire Blume, continues to be in demand as a septuagenarian actress and looks as beautiful as ever.


She was born Patricia Claire Bloom on February 15, 1931 in Finchley, North London, to Elizabeth (Grew) and Edward Max Blume, who worked in sales. Her parents were both from Jewish families (from Belarus). Educated at Badminton School in Bristol and Fern Hill Manor in New Milton, Claire expressed early interest in the arts and was stage trained as an adolescent at the Guildhall School, under the guidance of Eileen Thorndike, and then the Central School of Speech and Drama.

Marking her professional debut on the BBC radio, she subsequently took her first curtain call with the Oxford Repertory Theatre in 1946 in the production of "It Depends What You Mean". She then received early critical accolades for her Shakespearean ingénues in "King John", "The Winter's Tale" and, notably, her Ophelia in "Hamlet" at age 17 at Stratford-on-Avon opposite alternating Hamlets Paul Scofield and Robert Helpmann. By 1949 Claire was making her West End debut with "The Lady's Not For Burning" with the up-and-coming stage actor Richard Burton.

A most becoming and beguiling dark-haired actress whose photogenic, slightly pinched beauty was accented by an effortless elegance and poise, Claire's inauspicious film debut came with a prime role in the British courtroom film drama The Blind Goddess (1948). It was her second film, when Charles Chaplin himself selected her specifically to be his young leading lady in the classic sentimental drama Candilejas (1952), that propelled her to stardom. Her bravura turn as a young suicide-bent ballerina saved from despair by an aging music hall clown (Chaplin) was exquisitely touching and sparked an enviable but surprisingly sporadic career in films.

Despite the sudden film attention, Claire continued her formidable presence on the Shakespearean stage. Joining the Old Vic Company for the 1952-1953 and 1953-1954 seasons, she appeared as Helena, Viola, Juliet, Jessica, Miranda, Virgilia, Cordelia and (again) Ophelia in a highly successful tenure. Touring Canada and the United States as Juliet, she made her Broadway bow in the star-crossed lover role in 1956, also playing the Queen in "Richard II". A strong presence on both the London and New York stages over the years, other powerful performances came with "The Trojan Women", "Vivat! Vivat! Regina!", "Hedda Gabler", "A Doll's House" and "A Streetcar Named Desire". Much later in life she performed in a superb one-woman show entitled "These Are Women: A Portrait of Shakespeare's Heroines" that included monologues from several of her acclaimed stage performances.

Claire's stylish and regal presence was simply ideal for mature period films and she appeared opposite a roster of Hollywood most talented leading men as such, including Laurence Olivier in the title role of Ricardo III (1955); Richard Burton and Fredric March in Alejandro el Magno (1956); Yul Brynner in Los hermanos Karamazov (1958) and Brynner and Charlton Heston in the DeMille epic Los bucaneros (1958) in which she had a rare dressed-down role as a spirited pirate girl. On the more contemporary scene she appeared with Burton in two classic film dramas: the stark "kitchen sink" British stage piece Mirando hacia atrás con ira (1959) and the Cold War espionage thriller El espía que surgió del frío (1965). In addition she courted tinges of controversy playing a housewife gone bonkers in the offbeat sudser Confidencias de mujer (1962) and a lesbian in the supernatural chiller La casa encantada (1963).

Claire met first husband Rod Steiger while performing with him on stage in 1959's "Rashomon". They married that year and had daughter Anna in 1960 who grew up to become a well-regarded opera singer. Claire and Rod appeared in two lesser films together, El hombre ilustrado (1969) and Tres no caben en dos (1969), both released the same year they divorced after 10 tumultuous years.

As with other maturing actress during the 1970s, Claire looked toward classy film roles in TV-movies for sustenance and found among them Backstairs at the White House (1979), as First Lady Edith Wilson, and Retorno a Brideshead (1981), in which she was nominated for an Emmy. Also lauded were the epic miniseries La isla de Ellis (1984); a remake of Terence Rattigan's Separate Tables (1983), and Philip Roth's acclaimed adaptations of American Playhouse: The Ghost Writer (1984) and Shadowlands (1985), the latter earning her a British Television Award. Speaking of Roth, Claire married the writer (her third) in 1990 after a brief second marriage to producer Hillard Elkins (1969-1972). The union with Roth lasted five years. Claire appeared in several Shakespearean teleplays over the decades while also portraying a choice selection of historical royals including Czarina Alexandra and Katherine of Aragon. One of her most recent appearances on TV was the miniseries version of Los diez mandamientos (2006). On daytime drama, she delightfully played matriarch and murderess Orlena Grimaldi on the daytime drama As the World Turns (1956) in 1993. She left the role in 1995 and was replaced.

Claire wrote two memoirs. The first was the more career-oriented "Limelight and After: The Education of an Actress", released in 1982 Her more controversial second book focused on her personal life: "Leaving a Doll's House: A Memoir", published in 1996. 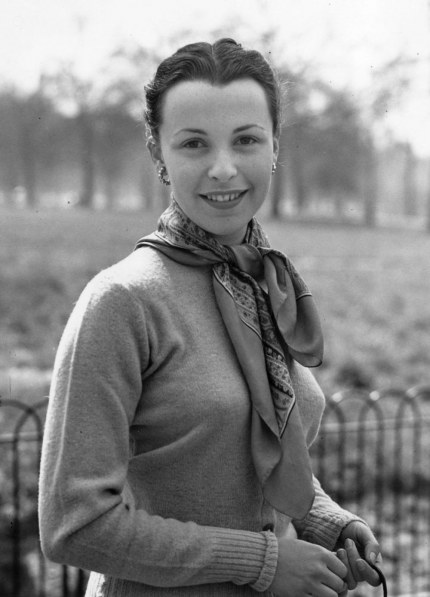 I think that few professions have so much to do
with chance and so little to do with the calculation of will.
Claire Bloom 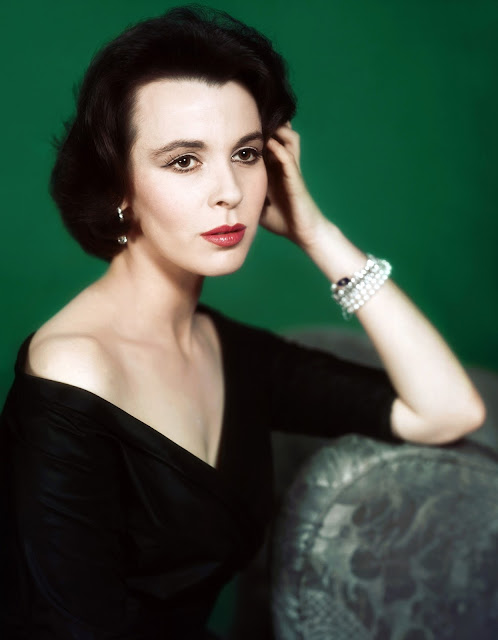 From then on I thought only of going into the theatre and playing in Chekhov. . . . Chekhov was moving. That's what I was looking for—something more moving even than my own plight as a little English girl driven from my home by the Gods of War.
Claire Bloom 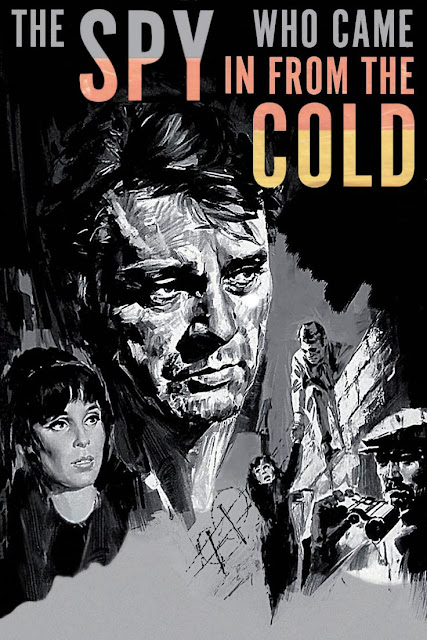 PERSONAL LIFE
Bloom has married three times. Her first marriage, in 1959, was to actor Rod Steiger, whom she had met when they both performed in the play Rashomon. Their daughter is opera singer Anna Steiger. Steiger and Bloom divorced in 1969. In that same year, Bloom married producer Hillard Elkins. The marriage lasted three years and the couple divorced in 1972. Bloom's third marriage on 29 April 1990, was to writer Philip Roth, her longtime companion.

Bloom has written two memoirs about her life and career. The first, Limelight and After: The Education of an Actress, was released in 1982 and was an in-depth look at her career and the film and stage roles she had portrayed. Her second book, Leaving a Doll's House: A Memoir, was published in 1996 and went into greater details about her personal life; she discussed not only her marriages but also her affairs with Richard Burton, Laurence Olivier, and Yul Brynner. The book created a stir when Bloom described her marriage with Philip Roth. Soon after, Roth wrote a "revenge novel" I Married a Communist (1998), in which the character of Eve Frame appeared to represent Bloom. 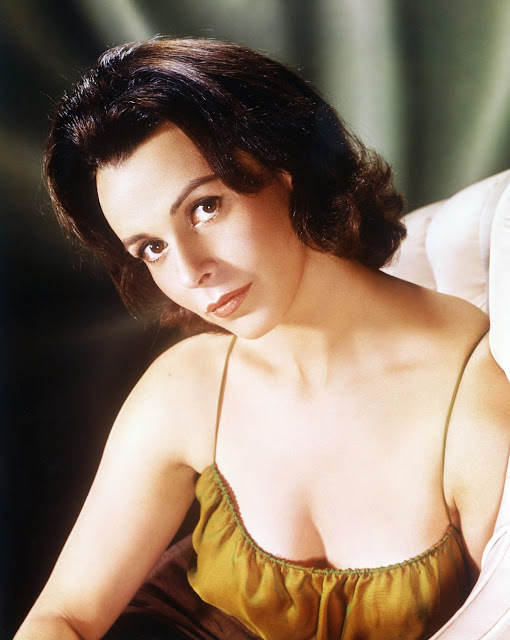 Claire Bloom 'to star as mother of Doctor Who'

Claire Bloom, the Hollywood actress discovered by Charlie Chaplin, is to play the mother of Doctor Who in the BBC sci-fi series, it has been reported.

Claire Bloom will appear next year alongside David Tennant, in his final outing as Doctor Who Photo: GETTY

Bloom, who has starred with and romanced some of Hollywood's greatest actors in a 60-year career, will appear next year alongside David Tennant, in his final outing as the Doctor.
"It is happening. They are filming at the moment. I have been organising her schedule," her manager in America, Marion Rosenberg, is reported to have told the Daily Mail.
Bloom, 78, who lives alone in Fulham, north London, rose to prominence after being chosen by Charlie Chaplin to appear in his film Limelight in 1952. She is said to be excited by her new role.
A friend of the actress told the newspaper: "The script is a very closely guarded secret, as the producers are desperate for Claire's appearance to be a surprise."
Bloom is well known for playing Blanche DuBois in A Streetcar Named Desire in both London and New York. She desribed the role as her favourite.
She had a relationship with Richard Burton after they appeared together in Hamlet, Look Back In Anger and in the film The Spy Who Came In From The Cold.
She was married three times, first to the actor Rod Steiger, next to the producer Hillard Elkins and finally to the novelist Philip Roth.
A BBC spokesman declined to comment.