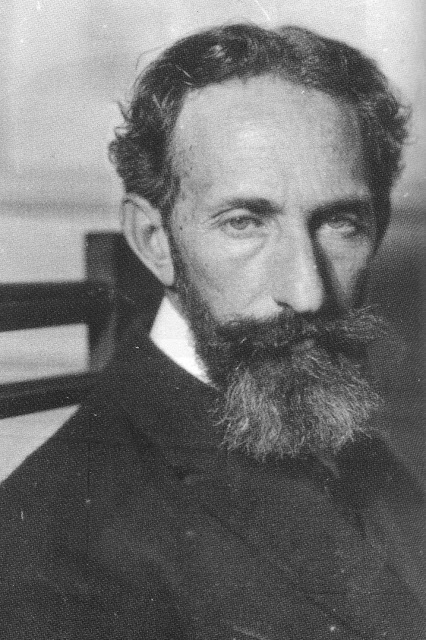 Uruguayan short story writer who has been compared to Edgar Allan Poe. Quiroga wrote over 200 short stories. Among his famous tales is the haunting 'El almohadón de plumas' (1907, The Feather Pillow), in which the life of a young bride, Alicia, fades away in a large silent house. After Alicia's death, a servant finds from her pillow a grotesque animal with hairy legs, a parasitic creature, swollen from blood it had sucked from her. 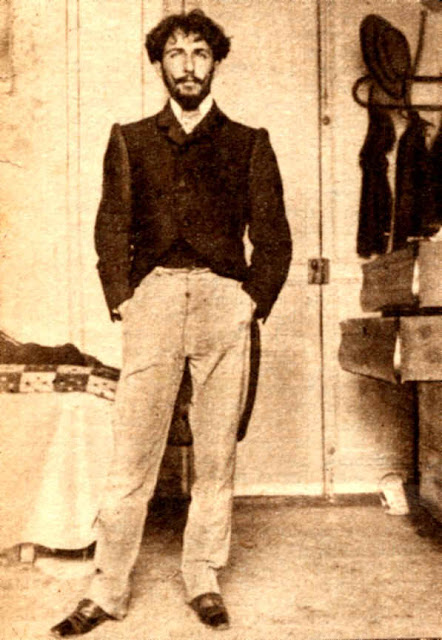 "These parasites of feathered creatures, diminutive in their habitual environment, reach enormous proportions under certain conditions. Human blood seems particularly favourable to them, and it is not rare to encounter them in feather pillows." (from 'The Feather Pillow')

Horacio Quiroga was born at Salto on the River Uruguay, into a middle-class family. When Horacio was an infant, his father, an Argentinian consular official, was killed accidentally in a shooting incident  The family moved to Córdoba, returned to Salto a few years later, and eventually settled in 1891 in the capital, Montevideo, where Quiroga studied for a short time at the university. From 1897 he started to publish in local magazines and was the founding editor of Revista de Salto (1899-90).After his stepfather's death – he shot himself – Quiroga visited Paris, but soon realized that the 'bohemian' life was not for him. In Paris he fell under the influence of the French symbolist movement and the works of Poe, although he also read extensively Chekhov and de Maupassant. Quiroga's diary from this period was published in 1950. Returning to Uruguay, Quiroga published a volume of Modernist poetry, prose pieces, and stories, Los arrecifes de coral (1902, Coral reefs), and became the centre of a group of young writers, El consistorio del gay saber. Having breathed some of the fin-de-siècle atmosphere in Paris, he experimented with chloroform, opium, ether, and hashish, which were relatively easy to get in Montevideo too.Quiroga accidentally shot and killed his friend in 1902 while they were inspecting a gun. After a trial, he left for Buenos Aires, where he taught Spanish at the British School. Willing to take a new turn in his life, he accepted the invitation of the poet Leopoldo Lugones to join an expedition as official photographer to Misiones in northeast Argentina. The target was the Jesuit ruins – the Jesuits had been expelled in 1767. Quiroga became enchanted by the wild region and he spent the larger part of his life in remote jungle regions, first not in Misiones, but in Chano province, where he settled in 1904. He planted cotton but the venture failed and he abandoned the project. When the Argentine began to encourage farming in Misiones, he bought some land in San Ignacio, on the river Paraná.Experiences from this period – accidents, extreme hardships, and realization that man cannot control nature – provided material for a number of his writings. Nature was for Quiroga a hostile element. A simple walk through a cane-brake could be exhausting: "The clumps, arched in a dome chest-high, were tangled in solid blocks. The task of crossing, difficult even on a cool day, was very hard at this hour. Mr Jones crossed it, nevertheless, swimming between the crackling dusty cane over the clay left by the floods, gasping with fatigue and the bitter vapour of nitrates." (from 'La insolación')From 1906 to 1911 Quiroga taught at the Escuela Normal, Buenos Aires. He married in 1909 Ana María Ciries, his pupil; they had one daughter, named Egle, and one son, named Darío after the pseudonymous surname of Félix Sarmiento. Both these children later killed themselves. With his family Quiroga moved to San Ignacio, Misiones. Besides keeping honey bees, planting yerba maté and oranges, distilling liquor, and hunting, he took jobs as justice of the peace, as civil registrar, and as Uruguayan consul in Misiones. Unable to tolerate the harsh conditions, Quiroga's wife committed suicide by poisoning herself with cyanide – she suffered a full week before she died. Alone with two children, Quiroga wrote a tender collection of children's stories.In 1916 Quiroga returned to Buenos Aires with his children, but continued to visit his property in Misiones. After failing to marry the seventeen-year-old daughter of a neighbout, he married in 1927 María Elena Bravo, a friend of his daughter. Mária, nearly thirty years his junior, found life impossible in the jungle, too, and the marriage ended in separation.Throughout his life, Quiroga was plague by his illnesses. He suffered from mental disorder, and to dispel his bouts of tension and anxiety, he began to drink. Quiroga committed suicide by cyanide on February 19, 1937, at a Buenos Aires clinic, after he was told he had cancer.Obsession with death, human weakness, and emphasis on bizarre situations marked Quiroga's work. Often in his fatalistic stories the protagonist is struck down by a fatal accident or fights against nature, but man rarely if ever wins out: the will of nature cannot be opposed. When Jack London wrote about the barren ice-covered plains of the far North, and Kipling set his stories in the jungles of India, Quiroga's stage was the wilds of the Amazon. His most famous collections are Cuentos de amor, de locura, y de muerte (1917, Stories of Love, Madness, and Death) and Los desterrados (1926, The exiled). Cuentos de selva (1918), animal fables for children, was translated into English by Arthur Livingston under the title South American Jungle Tales(1922). Anaconda (1921) was told in the style of Kipling's Jungle Book and described struggles in the world of snakes. Scorned, mistreated, and tortured, the non-poisonous snakes and the venomous vipers side together against the humans, represented by the Antivenom Institute, which collects snake poison to make serum.Quiroga also published two novels and a play, but his reputation rests on his short stories. His own technique Quiroga presented in 'Manual de cuentista perfecto' (1927), stressing the need for economy and intensity. In 'El hombre muerto' (The Dead Man) a man falls on a machete knife, he is dying, time stops, and he watches his surroundings with heightened senses. "What had changed? Nothing. And he looked. Isn't this banana plantation his plantation? Doesn't he come here every day to clear the ground? Who knows it as he does? He can see his plantation perfectly; very sparse – and the broad leaves naked from the wind. But now they are not moving. It is the midday calm; soon it will probably be twelve o'clock." In 'A la deriva' (Drifting)  the protagonist is bitten by a deadly snake and dies feeling at last better: he don't have to keep up illusions. 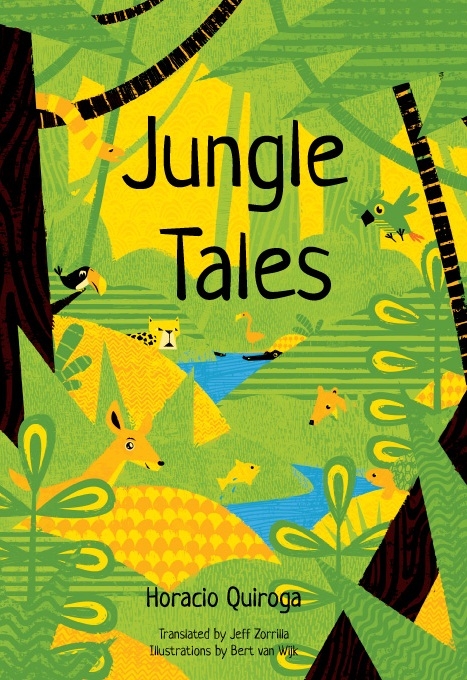 I recommend three marvellous Uruguayan writers. First, Horacio Quiroga (1878-1931). Despite a life - and body of work - engulfed by violent death (his father was shot; he accidently killed his own friend; his stepfather, one of his wives, he himself and then both his children all committed suicide), Quiroga is most widely read in Uruguay by children - especially his Cuentos de la Selva, or jungle tales. He is one of the greatest animal writers ever. His creatures are weird, savage and utterly inexpungeable from the mind. Quiroga's grown-up stories are often compared to those of Poe (see "The Decapitated Chicken" and "The Feather Pillow", published in The Decapitated Chicken and Other Stories, University of Wisconsin Press). They are also a bit like Roald Dahl's macabre tales for adults; the writing is ruthlessly crisp and concrete.
Felisberto Hernández, born in 1902, was a plumber's son and a mama's boy (he had four wives and many lovers besides, but always went back to his mother, sometimes in the middle of the night). He died in penury in 1964 - though he managed for many years by playing the piano in local cinemas: "musical illustration" for silent films. He is a writer's writer, not bothered by the need to create convincing plot, character, suspense or intrigue; an early story has among its characters an infinite horizontal line and a circumference that rolls along it. Among his ardent admirers he counts Jorge Luis Borges, Italo Calvino, Julio Cortázar and Gabriel García Márquez. Hernández published 10 short books (his first was only 21 paragraphs long). He spent years creating his own system of shorthand, with the result that some of his work - and this would have delighted him - has never been deciphered.
Advertisement
Juan Carlos Onetti (1909-94) is considered by many to be Uruguay's finest writer. A solid modernist, he rejected the folksy and sentimental culture that romanticised nature and the gaucho, and his eloquent brand of urban despair is so well turned that it remains vibrant and readable - see The Pit (Quartet), The Shipyard and A Brief Life (both Serpent's Tail). He was an editor of Marcha, the great literary magazine dissolved by Uruguay's military regime in the 1970s. Despite his huge reputation, Onetti was imprisoned in a mental institution, and as soon as he was able he decamped for Spain. Like Borges the chicken inspector, or like the Cuban writer Reinaldo Arenas exiled in New York, this most distinguished citizen and former director of the national library worked in a lowly capacity in his adopted country - as a doorman and a waiter. Though he lived for a decade after the end of military rule, Onetti never returned to Montevideo.
THE GUARDIAN