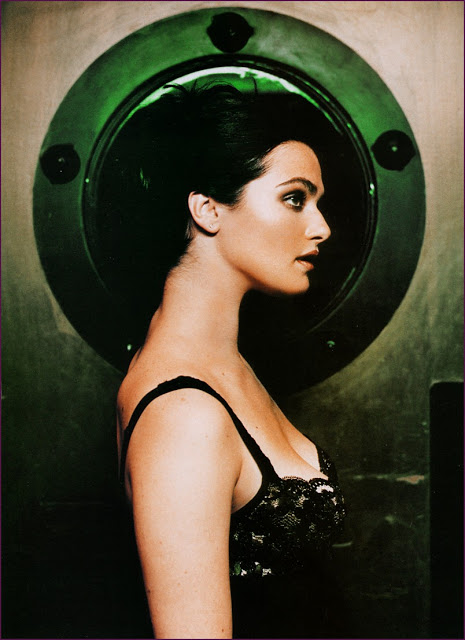 British actress and model Rachel Weisz is best known for her performances in The Mummy, Stealing Beauty and The Constant Gardener.

Born in 1970, Rachel Weisz started acting as a drama student in college. Soon after, she transitioned into TV, best known for her role in the BBC series Scarlet and Black. In 1995, she went from the small screen to the silver screen by appearing in the film Chain Reaction. From there, she has appeared in several films, including The Mummy (1999), Stealing Beauty (1996) and The Constant Gardener (2005), for which she received an Academy Award. 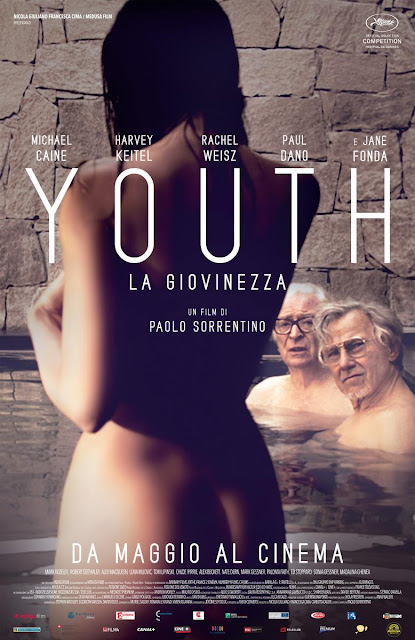 Actress Rachel Weisz was born on March 7, 1970, in London, England. Her father's family fled Hungary to England to escape Nazi persecution. In college, she founded a student drama group and appeared in several plays in the West End. Her stage work includes the role of the mentally unstable Catherine in Tennessee Williams' Suddenly Last Summer and Evelyn in Neil LaBute's The Shape of Things.

After appearing on television, notably on the BBC series Scarlet and Black with Ewan McGregor, Weisz made her cinematic debut in 1995's Chain Reaction. She followed with a riveting performance as a spoiled teenager in Bernardo Bertolucci's Stealing Beauty. Other notable films include Swept from the Sea, The Mummy franchise, Enemy at the Gates, About a Boy and Constantine. In 2005, her starring turn in The Constant Gardener, a film adaptation of John le Carré's thriller set in the slums of Kenya, earned her an Academy Award for Best Supporting Actress.
Since then Weisz has continued working steadily, starring in films such as The Fountain, The Lovely Bones, The Bourne Legacy, and Oz the Great and Powerful.


In 2009 Weisz returned to the stage for a revival of A Streetcar Named Desire, playing the character Blanche DuBois, which earned her an Olivier Award for Best Actress.

Rachel Weisz has a son, Henry Chance (b. 2006) with American filmmaker Darren Aronofsky, whom she had a long-term relationship with between 2001 to 2010. In June 2011, she married British actor Daniel Craig.
BIOGRAPHY

Film stars Daniel Craig and Rachel Weisz have tied the knot, Craig's publicist has confirmed.
Robin Baum of Slate PR, which represents the James Bond actor, said the pair had got married, but did not offer any details.
The British couple will play husband and wife in the movie Dream House.
According to reports, they tied the knot last Wednesday in New York, with only Craig's teenage daughter, Ella, Weisz's five-year-old son, Henry, and two family friends as guests.
Craig, 43, rose to international stardom in 2006 when he became the sixth actor to play Bond in the movie franchise.
He will take on the role of the suave secret agent for the third time in the 23rd movie, to be released in October next year.
His other film credits include Elizabeth, Layer Cake and The Girl With the Dragon Tattoo, which comes out in the UK later this year.
Weisz, 41, won a best supporting actress Oscar for her role in the 2005 film The Constant Gardener. Her other films include The Mummy and About a Boy.
THE GUARDIAN

The husband-and-wife duo will appear together in Harold Pinter's Betrayal, a play about an adulterous couple

Real-life husband and wife Daniel Craig and Rachel Weisz are to play an adulterous stage couple in a Broadway production of Harold Pinter's Betrayal.
Weisz will make her Broadway debut in Pinter's 1978 study in deception, which charts an extramarital affair in reverse.
Her character, Emma, is married to Craig's Robert, but is having an affair with Jerry, played by rising star Rafe Spall.
James Bond star Craig last appeared on Broadway in 2009 in A Steady Rain, where he received positive notices opposite Hugh Jackman even though the play itself did not.
Craig has reportedly signed on for at least two more Bond films following Skyfall, which was the first Bond film to rake in more than $1bn in revenue. It also won two Oscars, including one for Adele's theme song.
Broadway veteran Mike Nichols will direct Betrayal, which previews from 1 October and opens on 3 November at New York's Barrymore Theatre. The announcement was made on Friday.
Craig and Weisz, who stars in Oz: The Great and Powerful, worked together before in the horror film Dream House, which came out in 2011.
THE GUARDIAN 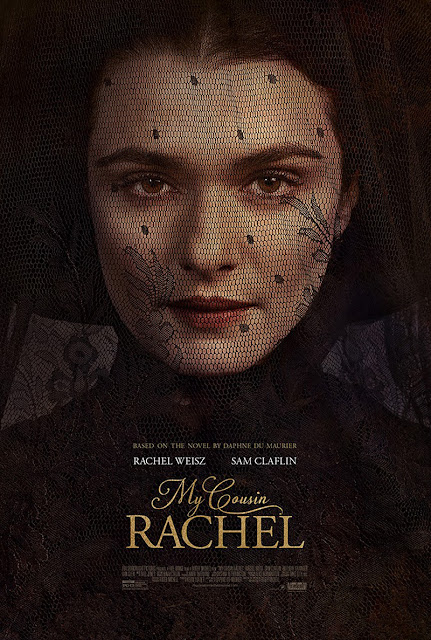 FILMS
1992-1998
In 1992, Weisz appeared in the television film Advocates II, followed by roles in the Inspector Morse episode "Twilight of the Gods", and the BBC's steamy period drama Scarlet and Black, alongside Ewan McGregor. "Dirty Something", a BBC Screen Two, hour-long film made in 1992, was Rachel Weisz's first film, playing Becca who met and fell in love with a traveller Dog (Paul Reynolds) at the end of Glastonbury Festival. The opening scenes were filmed at the festival. Also starring as an older fellow traveller and sage was Larry (Bernard Hill).
Weisz started her film career with a minor role in the 1994 film Death Machine, but her first major role came in the 1996 film Chain Reaction, which also starred Keanu Reeves and Morgan Freeman. While the film received mostly negative reviews–it holds a 16% rating on Rotten Tomatoes, it was a minor financial success. She next appeared as Miranda Fox in Stealing Beauty, directed by the Italian Academy Award-winner Bernardo Bertolucci, where she was first labelled an "English rose".
Following this, Weisz found roles in the 1997 American drama Swept from the Sea, the 1998 British television comedy-drama My Summer with Des, the Michael Winterbottom's crime film I Want You, and David Leland's The Land Girls, based on Angela Huth's book of the same name.

1999-2003
In 1999, Weisz played Greta in the historical film Sunshine. The same year, her international breakthrough came with the 1999 adventure film The Mummy, in which she played the female lead opposite Brendan Fraser. Her character was the English Egyptologist Evelyn Carnahan, who undertook an expedition to the fictional ancient Egyptian city of Hamunaptra to discover an ancient book. Variety criticised the direction of the film, writing: "(the actors) have been directed to broad, undisciplined performances [...] Buffoonery hardly seems like Weisz's natural domain, as the actress strains for comic effects that she can't achieve".[39] She followed this up with the sequel The Mummy Returns in 2001, which grossed an estimated $433 million worldwide,  (equivalent to $586 million in 2016 dollars) higher than the original's $260 million (equal to $374 million in 2016 dollars). In 2000, she portrayed Petula in the film Beautiful Creatures, following this up with 2001's Enemy at the Gates, and the 2002 comedy-drama About a Boy, with Hugh Grant, based on Nick Hornby's 1998 novel. In 2003, she played Marlee in the adaptation of John Grisham's legal thriller novel The Runaway Jury, along with Dustin Hoffman, John Cusack and Gene Hackman; and starred in the film adaptation of the romantic comedy-drama play The Shape of Things.

2004-2009
Her next appearance, in 2005, was in Fernando Meirelles's The Constant Gardener, a film adaptation of a John le Carré thriller set in the slums of Kibera and Loiyangalani, Kenya. Weisz played an activist, Tessa Quayle, married to a British embassy official. The film was critically acclaimed, earning Weisz the Academy Award for Best Supporting Actress, the Golden Globe Award for Best Supporting Actress, and the Screen Actors Guild Award for Outstanding Performance by a Female Actor in a Supporting Role. UK newspaper The Guardian noted that the film "established her in the front rank of British actors", while the BBC wrote: "Weisz is exceptional: film star charisma coupled with raw emotion in a performance to fall in love with". In 2006, she received the BAFTA Britannia Award for British Artist of the Year.
In 2006, Weisz starred in Darren Aronofsky's romantic drama The Fountain.  The San Francisco Chronicle found her portrayal of Queen Isabel "less convincing" than other roles. That same year, she provided the voice for Saphira the dragon in the fantasy film Eragon; and rejected an offer to star in The Mummy: Tomb of the Dragon Emperor due to script issues. The part eventually went to Maria Bello. Her subsequent films include the 2007 Wong Kar-wai drama My Blueberry Nights, and Rian Johnson's 2008 caper film The Brothers Bloom, alongside Adrien Brody and Mark Ruffalo. In 2009, she played the lead role of Hypatia of Alexandria in the historical drama film Agora, a Spanish production directed by Alejandro Amenábar.The New York Times called her portrayal "adept", noting that she imparted "a sympathetic presence". 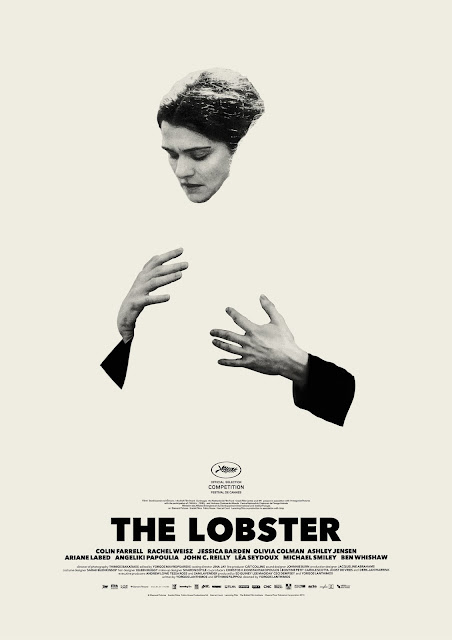 2010 - 2017
Weisz starred in the film The Whistleblower, which debuted at the Toronto International Film Festival in 2010. The film was based on the true story of human trafficking by employees of contractor DynCorp. During its première, the intense depiction of the treatment meted out to victims by the kidnappers made a woman in the audience faint. Variety magazine wrote "Weisz's performance holds the viewer every step of the way." That same year, she guest-starred in the animated series The Simpsons, in the 22nd season episode "How Munched is That Birdie in the Window?".[73] Weisz's 2011 roles included an adaptation of Terence Rattigan's play The Deep Blue Sea, Fernando Meirelles' psychosexual drama 360 opposite Jude Law again and Anthony Hopkins, the BBC espionage thriller Page Eight, and the thriller film Dream House, alongside Daniel Craig.
She filmed scenes for To the Wonder, a 2012 romantic drama film written and directed by Terrence Malick, alongside Ben Affleck, Olga Kurylenko, Javier Bardem and Rachel McAdams; her scenes were cut.  She has also starred in the 2012 action thriller film The Bourne Legacy based on the series of books by Robert Ludlum.
Weisz plays the Evanora, in Oz the Great and Powerful, which opened on 7 March 2013. In 2015, she appeared in drama film Youth and in science fiction film The Lobster. The film won Cannes Jury Prize. She will appear in the 2016 drama film The Light Between Oceans with Michael Fassbender and Alicia Vikander. She is in a British biographical film about sailor Donald Crowhurst, The Mercy, directed by James Marsh. Weisz portrays Deborah Lipstadt in Denial. The film is based on Lipstadt's book and is directed by Mick Jackson. She will be starring alongside Matt Damon, Dolph Lundgren, Anna Kendrick, Nat Wolff, Laura Marano, Carrie-Anne Moss and Til Schweiger in the film adaptation of Watch Dogs. 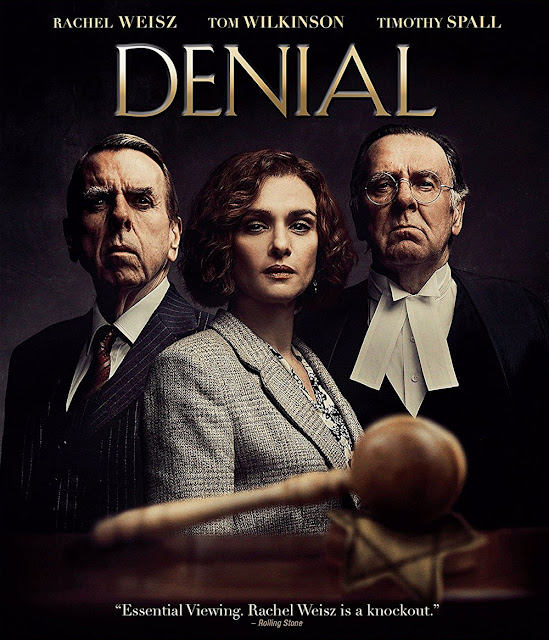 Theatre
On stage, Weisz's breakthrough role was that of Gilda in Sean Mathias's 1994 revival of Noël Coward's Design for Living at the Gielgud Theatre, for which she received the London Critics' Circle Award for the most promising newcomer. Her portrayal was described as "wonderful" by a contemporary review.  In 1999, she played the role of Catherine in the Donmar Warehouse production of Tennessee Williams' Suddenly Last Summer, What's on Stage called her "captivating", stating that she brought "a degree of credibility to a difficult part". The same year, Weisz appeared in Neil LaBute's The Shape of Things at the Almeida Theatre, then temporarily located in London's King's Cross.  CurtainUp called her "a sophisticated, independent artist" with "great stage presence". In 2009, she appeared as Blanche DuBois, in Rob Ashford's revival of the play A Streetcar Named Desire. Her performance in the play was praised by the critics, the Daily Telegraph noted that she "rises to the challenge magnificently".Weisz and her husband starred in a Broadway play titled Betrayal. It began performances in October 2013, and continued until January 2014.Despite mixed reviews, it grossed $17.5 million, becoming the second highest Broadway play of 2013.
Wikipedia