Federico Fellini was born in Rimini on 20 January 1920, son of Ida Barbiani, of Roman origin, and Urbano, a travelling salesman, originally of Gambettola. Whilst still in high school, the future director started making a name for himself as a caricaturist: to promote films, the manager of the Fulgor cinema, hired him to draw portraits of the stars. From the beginning of 1938 he started collaborating with “Domenica del Corriere”, which published several of his cartoons, and with the weekly comic publication from Florence “420”. In January 1939 he moved to Rome with the excuse of studying law and joined the editorial staff of “Marc’Aurelio”, a widely-read satirical magazine, where he became popular through hundreds of pieces signed as Federico. He moved in variety circles, writing monologues for the comedian Aldo Fabrizi and collaborated with variety programs on the radio where he met a young actress, Giulietta Masina (1921-1994), that he married on 30 October 1943. They had just one son, who died one month after he was born. He soon made a name for himself as a scriptwriter by contributing to the scripts of Fabrizi’s films. He worked on Roma città apertaand soon afterwards on Paisà, striking a fruitful friendship with Roberto Rossellini. He formed a partnership with the playwright Tullio Pinelli, with whom he continued to work throughout his life. Their partnership became highly in demand to work with various directors such as Pietro Germi and Alberto Lattuada. The latter wanted Fellini to co-direct Luci del varietà (1950), a self-produced enterprise that left both of them full of debts. Fellini’s solo directorial debut, Lo sceicco bianco (1952), was also a failure, but success finally arrived with I vitelloni (1953), which won the Silver Lion in Venice and which also launched Alberto Sordi’s career. This was followed by La strada (1954), with Giulietta which won an Oscar, the first of a series of films that assured Fellini’s place amongst the great filmmakers. Some of the most famous films are Le notti di Cabiria (1957, another Oscar), La dolce vita (1960, Palme d’Or at the Cannes Film Festival), 8½ (1963, Oscar), Fellini Satyricon (’69), Fellini Roma (1972), Amarcord(1973, Oscar), Il Casanova (1976), Prova d’orchestra (1979), Ginger e Fred (1985), Intervista(1987, 40th Anniversary Prize at the Cannes Film Festival, Grand Prize at the Moscow Film Festival), La voce della luna (1990). Fellini’s career was peppered with homages and awards, including the Legion of Honour (1984) and the Praemium Imperiale awarded by the imperial family of Japan (1990). Fellini is one of the directors that has won the most Oscars, five, the last of which a lifetime achievement award, in 1993, a few months before his death on 31 October, in Rome, which causes immense mourning across the globe. 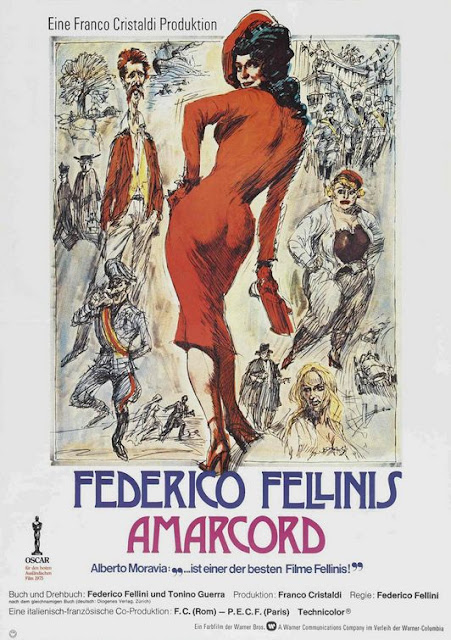 The Filmography of Fellini as director is composed of 24 titles (included those ones co-directed as Luci del Varietà or the episodes of the collective films as Agenzia Matrimoniale or Le tentazioni del dottor Antonio and Toby Dammit) shot among 1950 and 1990.

In addition five advertising spots: Campari, Barilla and three for the Bank of Rome. These last ones, shot in 1992, represent actually his final works as director. Before becoming author of his own films, Fellini worked a lot in the cinema, since 1939 when he arrived in Rome. Immediately after the war he created with Tullio Pinelli the most required couple of scriptwriters of the Italian cinema. 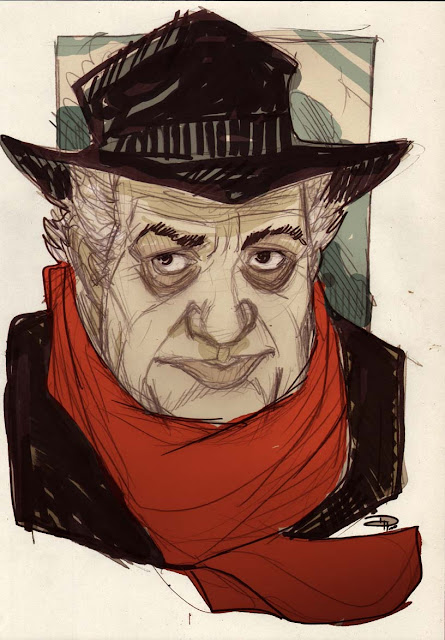 Fellini has lived in Rimini from his birth , January 1920, until he moved to Rome January 1939.

Even if he has never shot in the native city, he has often told in many of his films, not only inAmarcord, about those nineteen years, building a sort of itinerary composed by real places and reinvented ones. This first map of the fellinian places refers to these two different topographies of Rimini, the one lived by the young Federico and that one remembered by the Oscar award director at the height of his career.