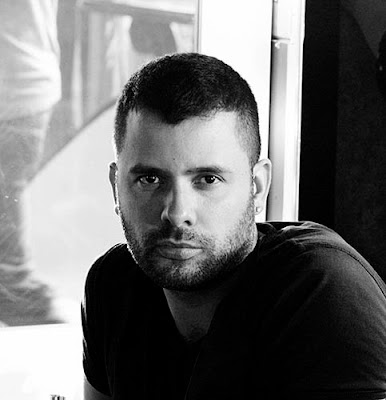 Lima-born Mariano Vivanco traveled the World with his family since a very early age, leaving Peru at the age of ten and eventually settling down in New Zealand, where his passion for photography began. Inspired by the likes of Edward Steichen and Horst P. Horst, Vivanco moved to London in the year 2000 to pursue a career in fashion photography. 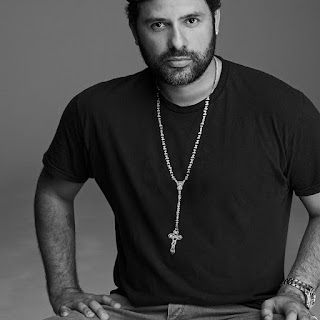 Vivanco has published several books, including Ninety Five Chapel Market, which is a great example of his daylight portraiture work shot with film. Three of his portraits, including one from this book, are in permanent collection at the National Portrait Gallery in London. Vivanco has also published several books including Calcio, Uomini and David Gandy for Dolce & Gabbana, Personal Project, and his most recent Portraits Nudes Flowers, a retrospective of Vivanco’s last fifteen years photographing some of the World’s most fashionable faces, a collection of nudes, and a new flowers series, published by Damiani Publishing.

In 2015, Vivanco was asked to be part of Condé Nast Publications’ Vogue: Like A Painting exhibition at Madrid’s Thyssen-Bornemisza Museum.

Currently represented by Bernheimer Fine Art Photography Gallery, Vivanco’s work has been exhibited in several art fairs around the world.

Vivanco has always embraced Social Media, which together with his strong internet following has gathered a steady growth of followers on Twitter: 37,000, Facebook: 58,000, Instagram: 182,000, and Snapchat, at 12,000 followers to date.  He intuitively understood the value of Social Media from the start, and is proactive in sharing his works across these platforms. Vivanco’s fun and light-hearted energy lends itself to capturing and entertaining the audience of today.

Vivanco has been named one of Business of Fashion’s Top 500 people shaping the global industry of Fashion.

Mariano Vivanco got his start in the fashion industry by shooting portraits of models in London. After numerous shoots and gaining notice in the London fashion scene, he began to work more often for Dazed & Confused. In 2001, while working for Dazed & Confused, Vivanco met stylist Nicola Formichetti with whom he worked shooting several covers for the highly esteemed British magazine.

Vivanco has also published several books for the Dolce & Gabbana label: Calcio (2003), which was the first book of its kind to capture the emergence of the soccer superstar, Milan (2004), Nationale (2006) and Milan Family (2007). The 2011 publication "Uomini" has received international recognition."David Gandy by Dolce & Gabbana" (a 2011 publication) reveals an intimate portrait of male model David Gandy's career and his close relationship with the fashion house Dolce & Gabbana (June 2011).

In 2006, he was also asked to shoot the French rugby team for the Dieux Du Stade Calendar for 2007.

In 2007, Vivanco held his debut solo exhibition at the Print Space Gallery in east London, supported by Dazed & Confused. Here, he exhibited two innovative editorial stories produced for Dazed entitled Cult and Artist. His second exhibition followed quickly, this time in Milan's Gold Restaurant. Here, he exhibited his images of the model David Gandy for Dolce & Gabbana's 2008 calendar, which fused the classical ideal of Michelangelo's David with modern ideals of masculinity.

Later, in 2008, Vivanco published Ninety Five Chapel Market . A retrospective look at his first years in London, documenting the likes of Sienna Miller, David Gandy and Lily Cole to name a few, at the start of their careers. The collection, named after his first London address, not only culled those early images and previewed the graphic style that would ultimately become his signature.

In December 2012, Vivanco’s ‘Personal Project’ [7] was released, showcasing new nude work, accompanied by a short film [8] which he also directed. In the book’s Foreword, stylist and fashion designer Nicola Formichetti writes: “He has the ability to strip a person down to their essence, allowing the sitter to speak and to flourish, whether they are dressed or undressed.[...] I often refer to Mariano’s work as timeless, like a Renaissance painting, a Classic movie or sometimes a chaotic Opera.”

Songstress Lana Del Rey also found herself in front of Vivanco’s lens, for both British GQ - who declared her ‘Woman of the Year 2012 [10], and in Numero Tokyo.

In 2013, Vivanco photographed a historic collaboration with British artist Damien Hirst and Rihanna for the 25th Anniversary of British GQ. Here we see Rihanna reconfigured into a modern Medusa, complete with live serpents - pythons - twisting around her body. [12] The images were released to the shock and acclaim typical of Hirst’s oeuvre, with the press describing them “as scary as they are beautiful.” [13] Crowning 2013 was Vivanco’s inclusion one of the ‘500 Most Influential People In Fashion’ by the Business of Fashion.

2014 included more work with Rihanna, Victoria’s Secret Angel Candice Swanepoel and other top models for Vogue Brazil. [15] Vivanco also captured the cover of British GQ with his shot of a sharp-suited Colin Firth.

2015 saw Vivanco work with rock-heiress Georgia May Jagger for numerous campaigns for eyewear giant Sunglass Hut, and shoot various other campaigns, including images for Cesare Paciotti [17] and Joop.

In 2016 Vivanco began a relationship with Bernheimer Gallery showing as a fine artist in Paris Photo, Munich Highlights, Art Geneve, and Masterpiece London. Top Model Karlie Kloss graced one of his numerous Vogue Russia spreads and covers. Next, Paris’s sexy Lui magazine called, and the sexy forms of Jasmine Sanders aka Golden Barbie, put his long experience in shooting nudes to good use.

Industry bible WWD wrote about the release of his new photography book, Portraits Nudes Flowers (2016) in their Fashion Scoops and the retrospective collection of 15 years of work from early explorations to polished portraits was described as ‘an aria in monochrome’ by website Fucking Young.

Early 2017 saw another ground-breaking collaboration with Rihanna, this time for the March issue of Harper’s Bazaar USA. [24] Rihanna takes on the stylish mantle of aviatrix Amelia Earhart, and the subscriber’s cover features the star strapped onto a vintage airplane at several thousand feet above the Santa Paula airport in California. Vivanco captured the image from the door-less plane flying alongside.