Charismatic, outspoken and nicknamed "The Greatest," heavyweight boxing champion Muhammad Ali was the dominant heavyweight fighter of the 1960s and 1970s. A fighter of exceptional speed, cunning and flair, Ali won the world heavyweight title on three separate occasions over a span of 15 years. He was born Cassius Clay, and under that name he won a gold medal at the 1960 Olympics in Rome. After claiming his first title by defeating Sonny Liston in 1964, Clay joined the Nation of Islam and changed his name to Muhammad Ali. Citing his Islamic faith, Ali refused to serve in the U.S. military during the war in Vietnam; his title was revoked and he was sentenced to five years in prison for draft evasion. (The U.S. Supreme Court reversed the conviction in 1971.) He had a long-running rivalry with fellow heavyweight Joe Frazier, whom he fought three times: Ali lost the first match in 1971, but won rematches in 1974 and 1975. Ali also defeated George Foreman in the famous 1974 "Rumble in the Jungle" held in Kinshasa, Zaire. Ali retired from boxing in 1981, but in the decades since has remained one of the world's best-known athletes.

Extra credit:
In retirement Ali has suffered from Parkinson's Disease, a motor-skills illness which has slowed his movement and left him mostly unable to speak in public... In 1996 he was selected to light the ceremonial flame at the Summer Olympics in Atlanta, bringing him again into the public eye... Ali was inducted into the International Boxing Hall of Fame in 1990... He won his three titles by defeating Sonny Liston (1964), George Foreman (1974) and Leon Spinks (1978)... Ali's managers sometimes refer to him as GOAT -- the Greatest Of All Time... Sprinter Wilma Rudolph won three gold medals at the 1960 Summer Olympics, the same games at which Ali won his boxing gold. 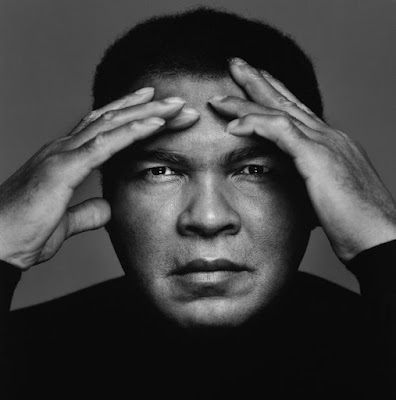 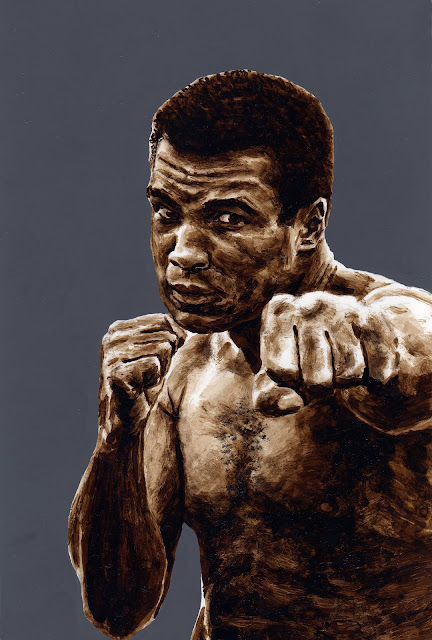 Memorable Quotes from Muhammad Ali
From the mouth of the Champ