Peruvian novelist, playwright, essayist and literary critic, who received Nobel Prize for Literature in 2010. Mario Vargas Llosa is one of the central writers in the Hispanic world, but he began his literary career in Europe. Most of his novels are set in Peru. From his first works, Vargas Llosa has used a wide variety of avant-garde techniques to create an aesthetic "double of the real world." Although Vargas Llosa has followed the tradition of social protest of Peruvian fiction exposing political corruption, machismo, racial prejudices and violence, he has underlined that a writer should never preach or compromise artistic aims for ideological propaganda.

"His voice was persuasive; it reached a person's soul without passing by way of his head, and even to a being as addlebrained as Big João, it seemed like a balm that healed old and terrible wounds. João stood there listening to him, rooted on the spot, not even blinking, moved to his very bones by what he was hearing and by the music of the voice uttering those words. The figure of the saint was blurred at times by the tears that welled up in João's eyes. When the man went on his way, he began to follow him at a distance, like a timid animal." (from The War of the End of the World, 1981)


Mario Vargas Llosa was born in Arequipa, but from ages one to then he lived in Cochabamba, Bolivia, where he was brought up by his mother and maternal grandparents after his parents separated. However, Vargas Llosa once said, that "I feel very much an Arequipan". He also spent some time in Piura, northern Peru (1945-46), where his grandfather had been appointed as Prefect, and then in Lima. When he was about eight years old his parents reconciled.
Vargas Llosa attended Leoncio Prado Military Academy (1950-52), and Colegio Nacional San Miguel de Piura (1952). In 1955 he married Julia Urquidi; they divorced in 1964. From 1955 to 1957 Vargas Llosa studied literature and law at the University of San Marcos. He then attended graduate school at the University of Madrid, from where he received his Ph.D. in 1959. Vargas Llosa's doctoral dissertation about  García Márquez (1971) was followed by several books on literary criticism, among them LA ORGÍA PERPETUA (1975), about Flaubert's masterpiece Madame Bovary. Decades later, in TRAVESURAS DE LA NIÑA MALA (2006), he drew on the character of Emma. With Julio Cortázar, Carlos Fuentes, and García Márquez, Vargas Llosa was among the most famous writers, whose aim was to revitalize the Latin American novel.

Vargas Llosa's bitter memoir, EL PEZ EN EL AGUA (A Fish in the Water), appeared in 1993. It focused on his run for the presidency in 1990 - he was supposed to win the little-known Alberto Fujimori. The Feast of the Goat continued the author's political excursion into the recent history of South America. The story is set in the Dominican Republic in 1961, ruled by the dictator Rafael Leonidas Trujillo. Urania Chabral has returned to the noisy Santo Domingo to visit her father, Agustin Chabral, who is ill. He is a former Dominican senator, a faithful servant of the dictator. "And how many times did you come home saddened because he did not call to you, fearful you were no longer in the circle of the elect, that you had fallen among the censured?" Eventually "Minister Cabral, Egghead Cabral" lost his favor. Urania left the country as a schoolgirl, three and a half decades ago, just before Trujillo's assassination in 1961. Urania wants revenge against father for everything he did not do, and has her own reasons to examine the Trujillo Era. "The most important thing that happened to us in five hundred years. You used to say that with so much conviction. It's true, Papa. During those thirty-one years, all the evil we had carried with us since the Conquest became crystallized."
Vargas Llosa portrays Trujillo as a superman intoxicated by his political and sexual powers, and worshipped by his demonic henchmen working in torture dungeons. "Oddly, Vargas Llosa's Trujillo sees himself as having gotten the short end of the bargain. He whipped his pathetic homeland into shape, modernized its attitudes and highways and in return he got -- old." (Walter Kirn in the New York Times, November 25, 2001) Vargas Llosa has structured the story like a thriller, leading the reader into the heart of the darkness. The Feast of the Goat is a highly topical book. The era of strong leaders is not totally over in Latin America, as one of the latest examples, Fujimori, sadly proved.
In EL PARAÍSO EN LA OTRA ESQUINA (2002) two exceptional individuals, the socialist Flora Tristan, and her grandson, the painter Paul Gauguin, are inspired by great ideas. Flora devotes her life to serve the humanity, to create a worker's paradise. Gauguin leaves civilization behind and eventually rots alive in Atuana, Marguesas Island, in a tropical paradise. EL SUEÑO DEL CELTA (2010) again portayed an idealist, Sir Roger Casement, a diplomat and an Irish nationalist, who revealed human rights abuses in Congo and Peru, and was executed in 1916 by the British for treason. 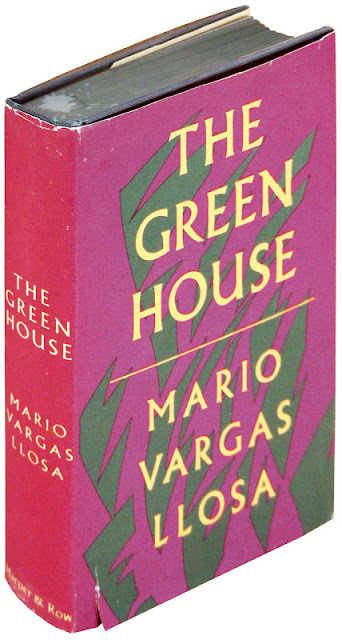 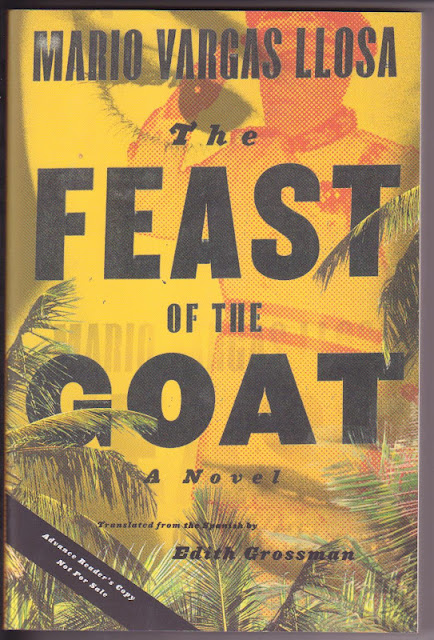