Julio Cortázar / One of the Great Masters

Julio Cortázar
(1914-1984)
ONE OF THE GREAT MASTERS
Argentine writer, one of the great masters of the fantastic short story, who has been compared to Jorge Luis Borges. Many of Cortázar's stories follow the logic of hallucinations and obsessions. Central themes are the quest for identity, the hidden reality behind the everyday lives of common people, and the existential angst. The author's debt to the French Symbolism and Surrealists has been demonstrated in a number of studies. Unlike Borges, Cortázar became a political radical who was involved in anti-Peronist demonstrations and supported the Cuban revolution, Allende's Chile, and Sandinista Nicaragua.

"No one can retell the plot of a Cortázar story; each one consists of determined words in a determined order. If we try to summarize them, we realize that something precious has been lost." (Jorge Luis Borges)

Julio Cortázar was born in Brussels, Belgium, of Argentine parents abroad on business. When he was four years old, his family returned to Buenos Aires, where he grew up in a suburb. Cortázar attended the Escuela Normal de Profesores Mariano Acosta, a teachers' training college. In 1935 he received a degree as a secondary-level teacher. He studied then two years at the University of Buenos Aires and taught in secondary schools in Bolívar, Chivilcoy and Mendoza. In 1944-45 he was a professor of French literature at the University of Cuyo, Mendoza. Cortázar joined there a protest against Peron and was briefly imprisoned. After being released Cortázar left his post at the university. From 1946 to 1948 he lived in Buenos Aires and worked then as translator.
In 1951 Cortázar travelled to Paris, where he lived until his death. In 1953 he married Aurora Bernárdez. They separated in 1967 and Cortázar lived with Ugné Karvelis. In 1979 he married Carol Dunlop. From 1952 he worked for UNESCO as a freelance translator. He translated among others Robinson Crusoe, Mémoires d'Hadrien and stories of Edgar Allan Poe into Spanish – Poe's influence is also evident in his work.
Los Reyes (1949) was Cortázar's earliest piece of fantasy interest. The long narrative poem constituted a meditation on the role and fate of the Minotaur in his labyrinth. Cortázar's first collection of short stories, Bestiario, appeared in 1951. It included 'Casa tomada' (A House Taken Over), in which a middle-aged brother and sister find that their house is invaded by unidentified people. The story was first published by Jorge Luis Borges in the magazine called Los anales de Buenos Aires; Borges's sister illustrated it. However, Borges did not appreciate Cortázar as a novelist and once said: "He is trying so hard on every page to be original that it becomes a tiresome battle of wits, no?" (Jorge Luis Borges, ed. by Richard Burgin, 1998) 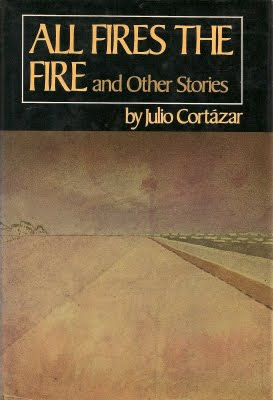 'They have taken over our section,' Irene said. The knitting had reeled off from her hands and the yarn ran back toward the door and disappared under it. When she saw that the balls of yarn were on the other side, she dropped the knitting without looking at it.
'Did you have time to bring anything?' I asked hopelessly.
'No, nothing.'
We had what we had on. I remembered fifteen thousand pesos in the wardrobe in my bedroom. Too late now.
(from 'A House Taken Over') 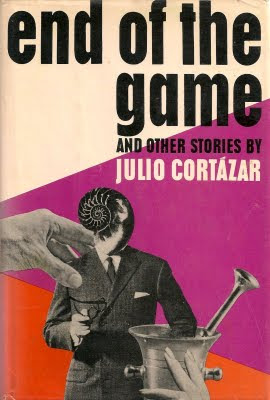 'Casa tomada' set the pattern for a typical Cortázar story – it begins in the real world, then introduces fantastic elements, which changes the rules of reality. In the title story a young girl senses that a tiger is roaming through her house. Other collections followed: Final de juego (1956), Las armas secretas (1959), Historias de cronopios y de famas (1962), which included 'The Instruction Manual', one of his most loved pieces, Todos los fuegos el fuego (1966), Octaedro (1974), and Alguien que anda por ahí (1977).
'Las Babas del Diablo' from Las armas secretas was filmed by the Italian director Michelangelo Antonioni under the title Blow-Up (1966). In Cortazár's story set in Paris but in Antonioni's version in the London fashion world, the protagonist is Roberto Michael, an amateur photographer, who sees a teenage boy and a young woman on a square, and shoots the scene. He develops the roll, enlarges the picture, and realizes that the woman was seducing the boy for a man in a car. The picture becomes Michael's life, he speaks of himself both in the fist person and third persons in the story: ".... nobody really knows who is telling it, if I am I or what actually occurred or what I'm seeing... or if, simply I'm telling a truth which is only my truth..." Antonioni used in his film version the theme of appearance versus reality and created around it a murder mystery, which he leaves open. Reality becomes in the film merely a subjective statement, "life itself is an illusion, a Dionysian celebration of masked and anonymous revels." (Neil D. Isaacs in Modern European Filmmakers and the Art of Adaptation, ed. by Andrew S. Horton and Joan Magretta, 1981) 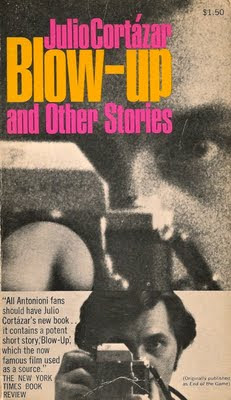 "'It's like a waiting room, life is,' said the bald gentleman, carefully grinding out his cigarette with his shoe and examining his hands as if he didn't know what to do with them now; the elderly lady sighed a yes born of long years of agreeing, and put away her little bottle just as the door at the end of the corridor opened and the other lady came out with that look all the others envied, and an almost sympathetic goodbye when she got to the exit.' (from 'Second Time Around') 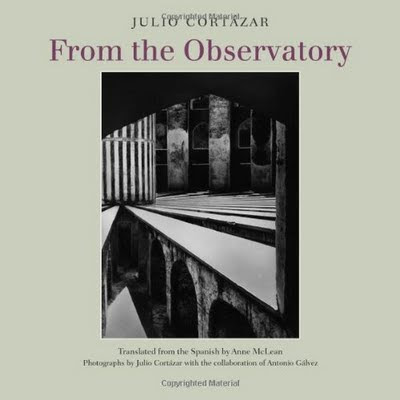 As a novelist Cortázar gained first attention with Los premios (1960), which appeared when the author was 46. The story centered on a group of people brought together when they win a mystery cruise in a lottery. The ship-of-fools becomes a microcosmos of the world order.
Cortázar's masterpiece, his most famous book, was Rayuela (1966, Hopscotch), an open-ended anti-novel, in which the author plays with his charaters as a jazz musician and reader is invited to rearrange the material. Most of the novel Cortázar wrote in Paris. "The general idea behind Hopscotch, you see, is the proof of a failure and the hope of a victory. But the book doesn't propose any solution; it simply limits itself to showing the possible paths one can take to knock down the wall, to see what's on the other side." (interview from Evelyn Picon Garfield, Cortázar por Cortázar, 1978) The protagonist, Horacio Oliveira, is a writer who is surrounded by a circle of bohemian friends, who call themselves "the Club". His great love and mistress is La Maga: "Oh, Maga, whenever I saw a woman who looked like you a clear, sharp pause would close like a deafening silence, collapsing like a wet umbrella being closed." After her disappearance, Oliveira returns to Buenos Aires where he works in odd jobs. He meets his childhood friend, Traveller, with whom he operates an insane asylum, ending on the border of insanity himself.
Oliveira seeks a new world-view outside Cartesian rationalism. Though he never succeeds, his quest is depicted with humor, superb imagery, and optimism. There are two narrative sections: chapters 1-36, which are set in Paris, and chapters 37-56, set in Buenos Aires. The third selection is entitled "Expendable Chapters." The hopscotch progress begins at chapter 73. For this reading, led by the directions, the reader jumps forward and backward through the book.
Along with such names as Jorge Luis Borges, Gabriel García Márquez, Carlos Fuentes and Mario Vargas Llosa, Cortázar became known as one of the major representatives of what was called the "boom" in Latin American Literature. Rayuela was intended to be a revolutionary novel; a Latin American equivalent to Laurence Sterne's novel Tristram Shandy (1760-1767). It opened the door to linguistic innovation of Spanish language and influenced deeply Latin American writers. The idea for a book based on disconnected noted continued in 62: Modelo para armar (1968). Here the reader had less instructions to arrange the parts. Libro de Manuel (1973) focused on the political condition of Latin America. In this case the various characters shuttle from a mysterious Zone and the City according to Godgame-like instructions they cannot understand or disobey. The novel formed a manual for the child Manuel, a sort of collage of press clippings, and among others revealed torture techniques used by U.S. soldiers in the Far East and juxtaposed them to similar tortures suffered by Latin American political prisoners.
Cortázar visited Cuba after the revolution, and in 1973 he travelled in Argentina, Peru, Ecuador, and Chile. In the 1970s Cortázar became a member of the Second Russell Tribunal for investigation of human rights abuses in Latin America. He also gave the Sandinistas the royalties of some of his last books and helped financially the families of political prisoners. When the seven-year ban on his entry into Argentina was lifted, he visited his home country and Nicaragua in 1983.
In 1975 Cortázar was a visiting lecturer at the University of Oklahoma, and in 1980 he was a lecturer at Barnard College in New York. In 1981 he acquired French citizenship. Cortázar received numerous awards, including Médicis Prize for Libro de Manuel in 1974 and Rubén Darío Order of Cultural Independence in 1983. He died of leukemia in Paris on February 12, 1984. Cortázar's friend Christina Peri Rossi later pondered in her book Yo y Cortázar (2001) did the author die of AIDS instead of leukemia. Cortázar's works have been translated into several languages. "Anyone who doesn't read Cortázar is doomed," has the Chilean Nobel writer Pablo Neruda once said. However, only ten years after Cortázar's death, he was also characterised as typical for the lost golden age of Latin American letters. 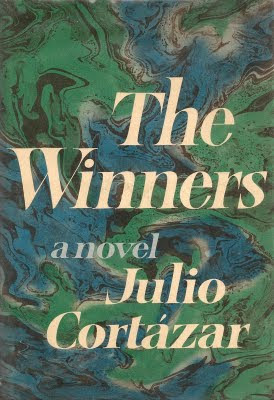 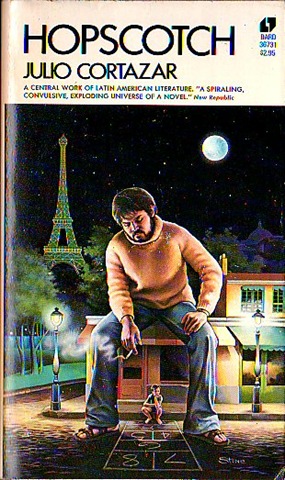