Mark Rothko
Marcus Rothkowitz
(1903 -1970)
One of the preeminent artists of his generation, Mark Rothko is closely identified with the New York School, a circle of painters that emerged during the 1940s as a new collective voice in American art. During a career that spanned five decades, he created a new and impassioned form of abstract painting.
Rothko's work is characterized by rigorous attention to formal elements such as color, shape, balance, depth, composition, and scale; yet, he refused to consider his paintings solely in these terms. He explained: It is a widely accepted notion among painters that it does not matter what one paints as long as it is well painted. This is the essence of academicism. There is no such thing as good painting about nothing.
EARLY YEARS
Mark Rothko was born Marcus Rothkowitz in Dvinsk, Russia (today Daugavpils, Latvia), on September 25, 1903. He was the fourth child of Jacob Rothkowitz, a pharmacist (b. 1859), and Anna Goldin Rothkowitz (b. 1870), who had married in 1886. Rothko and his family immigrated to the United States when he was ten years old, and settled in Portland, Oregon. 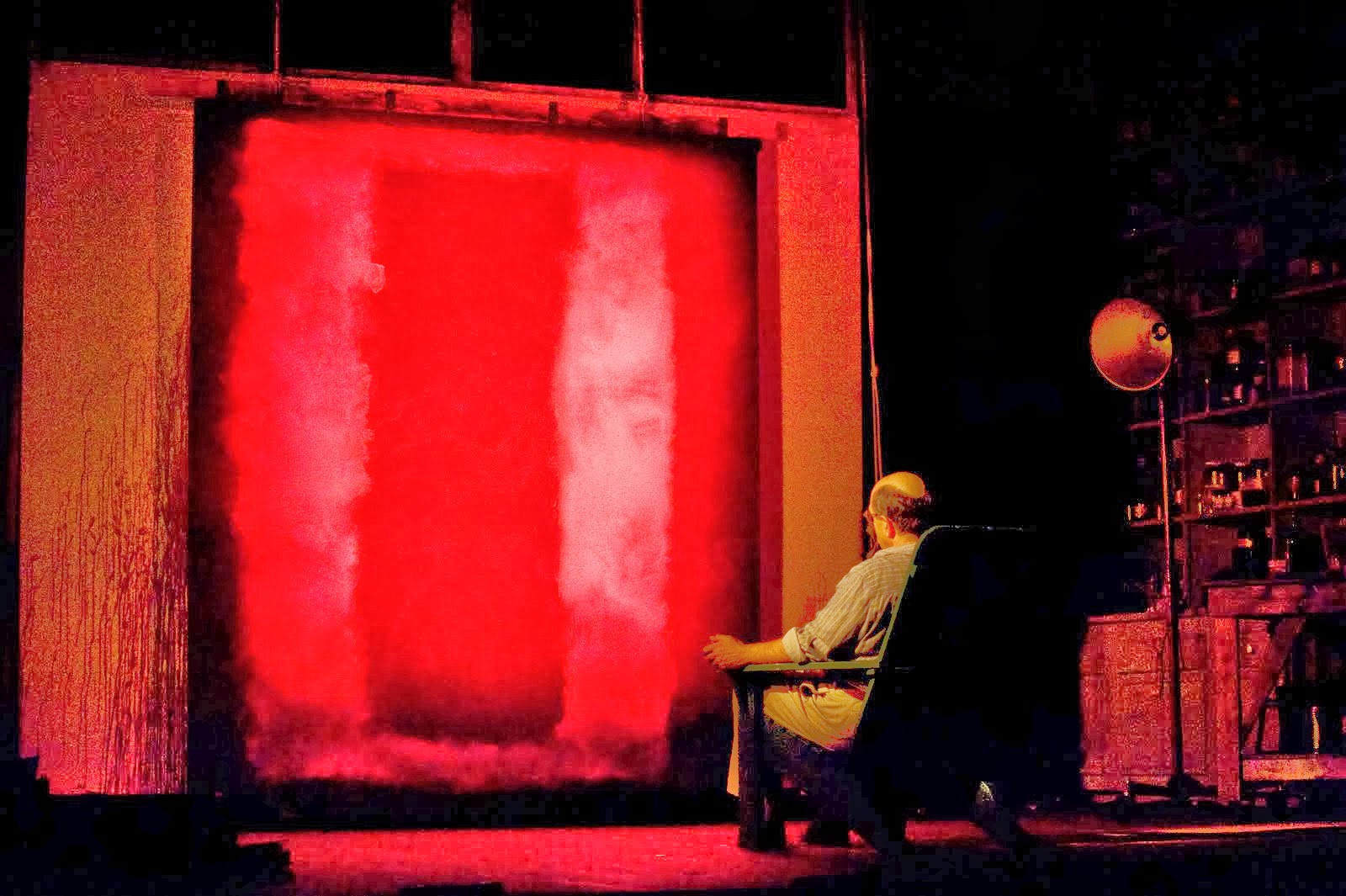 LATE WORKS
Rothko's work began to darken dramatically during the late 1950s. This development is related to his work on a mural commission for the Four Seasons restaurant, located in the Seagram Building in New York City. Here Rothko turned to a palette of red, maroon, brown, and black. The artist eventually withdrew from this project, due to misgivings about the restaurant as a proper setting for his work. He had, however, already produced a number of studies and finished canvases, two of which are included in the present installation. In the Seagram panels, Rothko changed his motif from a closed to an open form, suggesting a threshold or portal. This element may have been related to the architectural setting for which these works were intended.
With some exceptions, the darkened palette continued to dominate Rothko's work well into the 1960s. He developed a painstaking technique of overlaying colors until, in the words of art historian Dore Ashton, "his surfaces were velvety as poems of the night."
His work on the Rothko Chapel paintings, originally commissioned by John and Dominique de Menil for the University of St. Thomas in Houston, Texas, occupied Rothko between 1964 and 1967. In turning away from the radiance of the previous decade, Rothko heightened the perceptual subtlety of his paintings, making distinctions between shape and ground more difficult to discern. He also transformed the impact his canvases have on the experience of space, which is now characterized by a sensation of enclosure. This quality, which lends itself to meditation, can be clearly related to the spiritual nature of a chapel.
Rothko's reading of Nietzsche, the 19th-century German philosopher, suggests that his work could represent the opposition between a rational or abstract element and an emotional, primal, or tragic one (referring to Nietzsche's discussion of the polarity between an Apollonian and a Dionysian principle). Certain qualities such as radiance or the duality of light and dark have a symbolic meaning in Western culture from which Rothko clearly drew. An impression of vast space is said to represent the historical concept of the "sublime," a quasi-religious experience of limitless immensity. The installation of these canvases also produces its own sacrosanct environment.
At different times during the 1950s and 1960s, Rothko produced a substantial quantity of small works on paper. It is not certain whether these are studies for larger paintings or simply smaller variations employing a similar dynamic of form and color. Rothko had many of them mounted on panel, canvas, or board in order to simulate the presence of unframed canvases. The smaller format especially suited Rothko in 1968, when his physical activity was dramatically curtailed by a heart ailment. Rothko continued to work predominantly on paper even after he returned to a relatively large format in 1969.
In a series of brown or black and gray paintings produced from 1969-1970, Rothko divided the composition horizontally and framed the image with a white margin (created by masking the edges of the paper or canvas with tape that was later removed to expose the bare support). The serene dark zone stands out against the turbulent brushwork of the gray section, an area further modulated by the addition of ochre or blue. The sharply defined edge establishes a complex interplay between the work and the viewer, who is drawn into the painting by its sensuous surface, yet kept at a distance by the stark framing device.
In another series from this period, Rothko used a softer range of pink and blue for compositions that sometimes recall smaller works from the mid-1940s. A certain ascetic quality suggests that Rothko had embarked on a new direction, one which may have been related to the reductive work of younger artists at that time. Unlike the minimalists, however, Rothko never abandoned his conviction in the ability of abstract art to be experienced in emotionally expressive terms.
Physically ill and suffering from depression, Rothko committed suicide on February 25, 1970. At the time of his death, he was widely recognized in Europe and America for his crucial role in the development of nonrepresentational art. His vibrant, disembodied veils of color asserted the power of nonobjective painting to convey strong emotional or spiritual content. With an unwavering commitment to a singular artistic vision, Rothko celebrated the near mythic power art holds over the creative imagination.
NGA 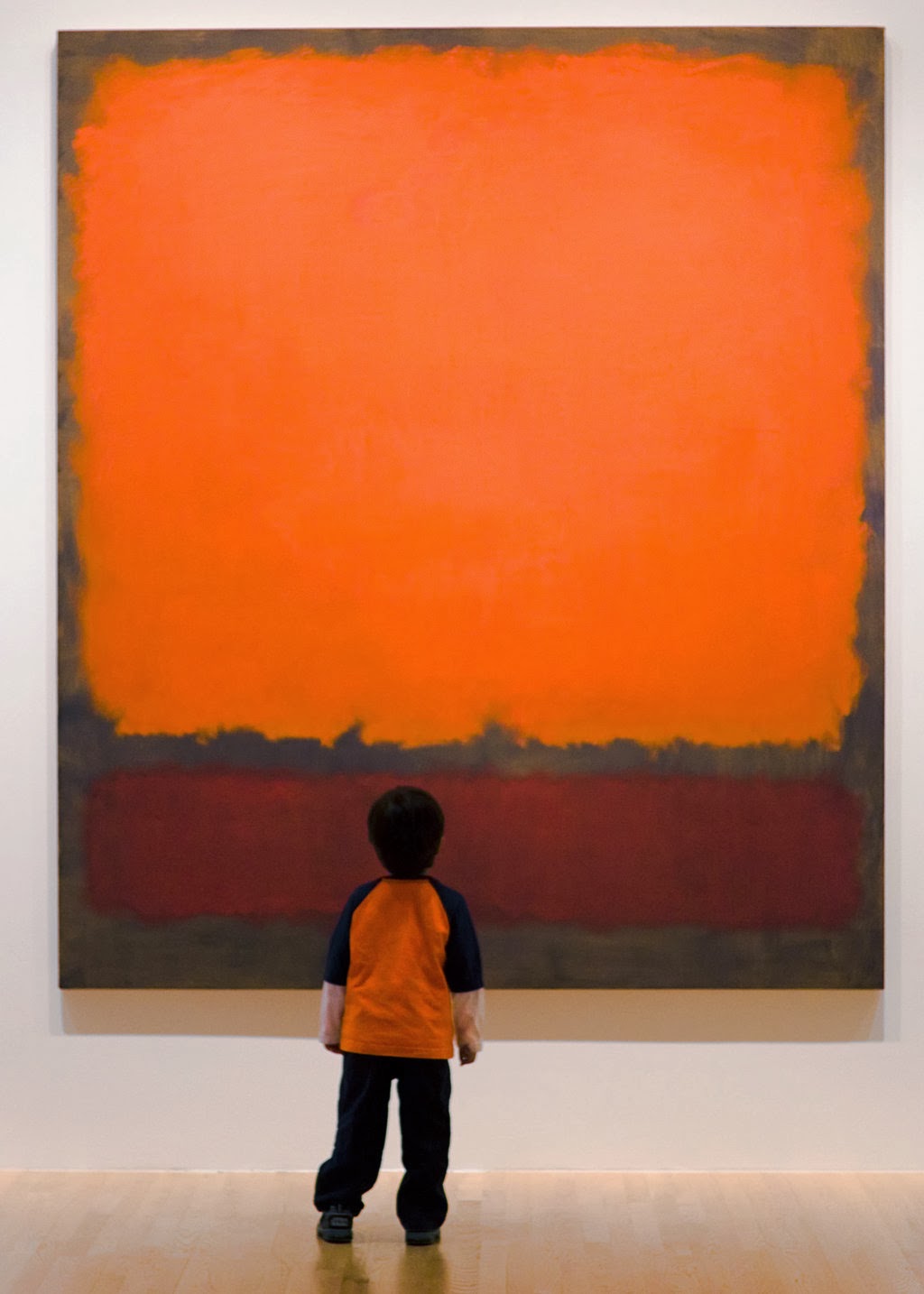 Kate Rothko Prizel
The art cheats who betrayed my father
He was one of America's most successful and famous artists when, in 1970, he killed himself. His tragic death sparked a bitter legal battle between his daughter, aged 19, and her father's estate. Here, in a rare and moving interview on the eve of the artist's first major show in 20 years, Kate Rothko Prizel remembers the long and bitter court case, his brutal suicide and how she still mourns the loss of her father.
by Rachel Cooke
The Observer, Sunday 14 September 2008