American short story writer, novelist, best known for his Yoknapatawpha cycle, a comédie humaine of the American South, which started in 1929 with SARTORIS / FLAGS IN THE DUST and completed with THE MANSION in 1959. Faulkner was awarded the Nobel Prize for Literature in 1949. Faulkner's style is not very easy-in this he has connections to European literary modernism. His sentences are long and hypnotic, sometimes he withholds important details, or refers to people or events that the reader will not learn about until much later.


"The writer's only responsibility is to his art. He will be completely ruthless if he is a good one. He has a dream. It anguishes him so much he must get rid of it. He has no peace until then. Everything goes by the board: honor, pride, decency, security, happiness, all, to get the book written. If a writer has to rob his mother, he will not hesitate; the "Ode on a Grecian Urn" is worth any number of old ladies." (from Writers at Work: The Paris Review Interviews, 1959) 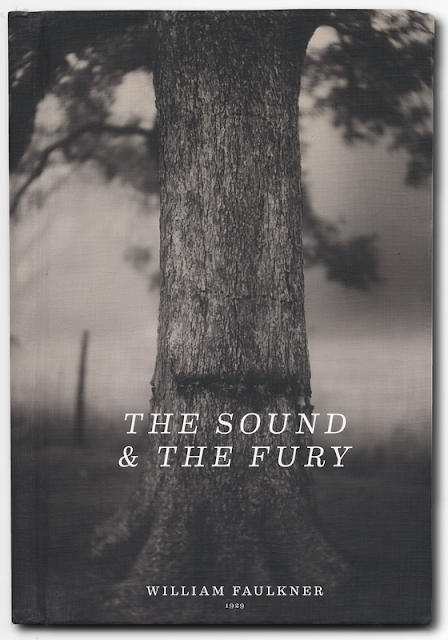 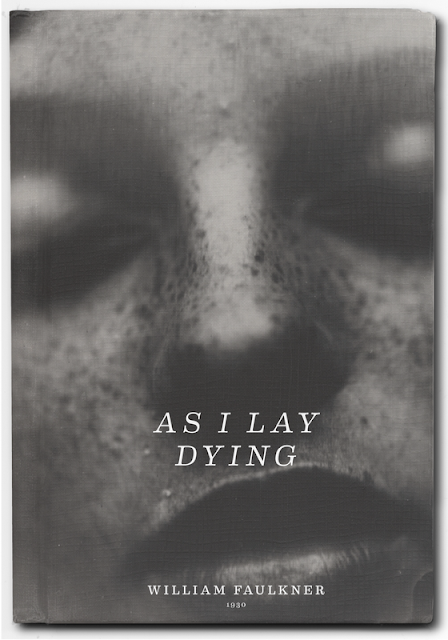 "He wrote A Fable in my house. He'd be typing away in the middle of the night. Worked right on the typewriter, typed all night. I walked in on him, asked him what he was working on there in the middle of the night. He said, "Oh... on a novel." "Well... what's it about?" He said, "Oh, it's about Jesus Christ coming to earth during the World War." ( A.I. Bezzerides in The Big Book of Noir, ed. by Ed Gorman, Lee Server and Martin H. Greenberg, 1998) 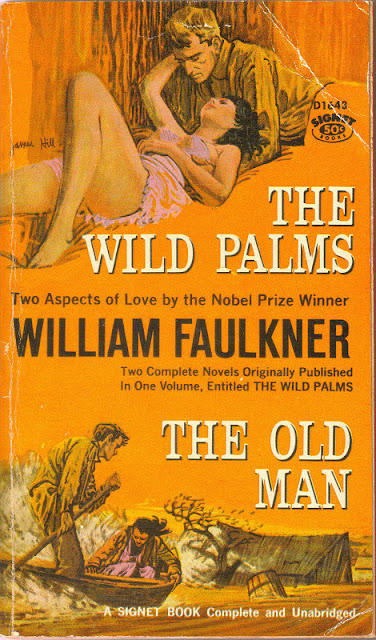 By 1945, when Faulkner's novels were out of print, he moved again to Hollywood to write under contract movie scripts, mostly for director Howard Hawks. He had read Faulkner's 1926 novel Soldier's Pay when it had just appeared and recommended it to his friends. In the early 1930s Faulkner had written for the director an adaptation from his short story 'Turn About'. Their first meeting ended in heavy drinking, and started a long friendship. "Just a year apart in age, with Hawks the senior, both were reserved to the point of noncommunicativemess; Nunnally Johnson was astonished by the sight of the two of them just sitting together not saying a word. When they did talk, they did do slowly, in a drawling manner." (Todd McCarthy in Howard Hawks: The Grey Fox of Hollywood, 1997) Faulkner cooperated with Hawks among others in the films To Have and Have Not (1944), based freely on Ernest Hemingway's novel, and The Big Sleep (1946), based on Raymond Chandler's novel. When Hemingway had turned down Hawk's offer to work with his own book, the director had said, "I'll get Faulkner to do it; he can write better than you can anyway."
Faulkner's second period of success started in 1946 with the publication of THE PORTABLE FAULKNER, which rescued him from near-oblivion. However, Faulkner's physique and mental functioning was weakened by hard drinking. "When I have one martini I feel bigger, wiser, taller," he confessed. "When I have a second I feel superlative. After that there's no holding me." Besides problems with alcohol his wife's drug addiction and declining health shadowed his life. "I will always believe that my first responsibility is to the artist, the work," he wrote in a letter; "it is terrible that my wife does not realise or at least accept that." Their daughter Jill later said that "Nothing about the marriage was right."
Moreover, Hollywood was not the best refuge from domestic problems, because Faulkner also had there series of affairs, among others with Meta Carpenter Wilde, a script girl, who wrote a book about their relationship. Faulkner did not hide his fear and contempt of the city: "Sometimes I think if I do one more treatment or screenplay, I'll lose whatever power I have as a writer," he told Carpenter. Faulkner published in 1951 REQUIEM FOR A NUN, and badly received magnum opus A FABLE in 1954. THE TOWN (1957) and THE MANSION (1959) continued the story of the Snopes family, which he had begun in 1940 in THE HAMLET. With THE REIVERS (1962), set early in the 20th-century, Faulkner nostalgically revisited his childhood, and extends the world of Sanctuary. On June 17, 1962, he was thrown from a horse, and a few weeks later, on July 6, Faulkner died of a coronary occlusion. The New York Times cited his critics in his obituary and stated that "Mr. Faulkner's writings showed an obsession with murder, rape, incest, suicide, greed and general depravity that did not exist anywhere but in the author's mind". (July 7, 1962) Fourty-three years later, in his review of Jay Parini's book One Matchless Time: A Life of William Faulkner (2004) the Nobel writer J.M. Coetzee defined Faulkner not only as "the most radical innovator in the annals of American fiction," but "a writer to whom the avant-garde of Europe and Latin America would go to school." (The New York Review of Books, April 7, 2005) 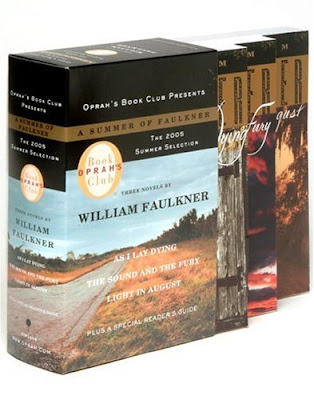