Andrea Camilleri (born september 6, 1925 in Porto Empedocle) is an Italian writer. He is considered one of the greatest Italian writers of both 20th and 21st centuries.


Originally from Porto Empedocle, Sicily, Camilleri began studies at the Faculty of Literature in 1944, without concluding them, meanwhile publishing poems and short stories. Around this time he joined the Italian Communist Party. 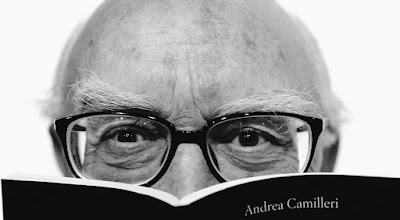 From 1948 to 1950 Camilleri studied stage and film direction at the Silvio D'Amico Academy of Dramatic Arts, and began to take on work as a director and screenwriter, directing especially plays by Pirandello and Beckett. As a matter of fact, his parents knew Pirandello and were even distant friends, as he tells in his essay on Pirandello "Biography of the changed son". His most famous works, the Montalbano series show many pirandellian elements: for example, the wild olive tree that helps Montalbano think, is on stage in his late work "The giants of the mountain"

With RAI, Camilleri worked on several TV productions, such as Inspector Maigret with Gino Cervi. In 1977 he returned to the Academy of Dramatic Arts, holding the chair of Movie Direction, and occupying it for 20 years.

In 1978 Camilleri wrote his first novel Il Corso Delle Cose ("The Way Things Go"). This was followed by Un Filo di Fumo ("A Thread of Smoke") in 1980. Neither of these works enjoyed any significant amount of popularity. 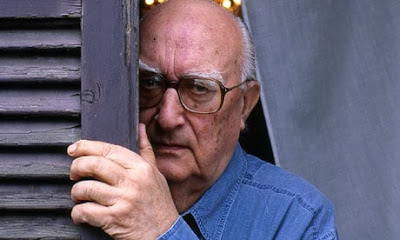 In 1992, after a long pause of 12 years, Camilleri once more took up novel-writing. A new book, La Stagione della Caccia ("The Hunting Season") turned out to be a best-seller.

In 1994 Camilleri published the first in a long series of novels: La forma dell'Acqua (The Shape of Water) featured the character of Inspector Montalbano, a fractious Sicilian detective in the police force of Vigàta, an imaginary Sicilian town. The series is written in Italian but with a substantial sprinkling of Sicilian phrases and grammar. The name Montalbano is an homage to the Spanish writer Manuel Vázquez Montalbán; the similarities between Montalban's Pepe Carvalho and Camilleri's fictional detective are remarkable. Both writers make great play of their protagonists' gastronomic preferences.

This feature provides an interesting quirk which has become something of a fad among his readership even in mainland Italy. The TV adaptation of Montalbano's adventures, starring the perfectly-cast Luca Zingaretti, further increased Camilleri's popularity to such a point that in 2003 Camilleri's home town, Porto Empedocle - on which Vigàta is modelled - took the extraordinary step of changing its official denomination to that of Porto Empedocle Vigàta, no doubt with an eye to capitalising on the tourism possibilities thrown up by the author's work.

Camilleri now lives in Rome where he works as a TV and theatre director. About 10 million copies of his novels have been sold to date, and are becoming increasingly popular in the UK and North America.

In addition to the degree of popularity brought him by the novels, in recent months Andrea Camilleri has become even more of a media icon thanks to the parodies aired on an RAI radio show, where popular comedian, TV-host and impression artist Fiorello presents him as a raspy voiced, caustic character, madly in love with cigarettes and smoking (Camilleri is well-known for his love of tobacco).

He received an honorary degree from University of Pisa in 2005.

One of Italy’s most popular authors, Camilleri wrote 23 novels starring his Sicilian detective, selling more than 30m copies around the world

One of Italy’s most popular authors and creator of the Inspector Montalbano series, Andrea Camilleri has died at the age of 93.
Camilleri, who was born in Sicily in 1925, was taken to hospital in Rome in June after going into cardiac arrest.
The author had written a handful of historical novels when, in 1994 at the age of almost 70, he wrote The Shape of Water, the first book starring his now famous Sicilian detective. Set in the fictional town of Vigata, Camilleri was originally going to call his central detective The Commissioner, but decided to pay tribute to the Spanish writer Manuel Vázquez Montalbán, the Spanish author of novels about the investigator Pepe Carvalho.
The Montalbano series now runs to more than two dozen books, and has been translated into 32 languages, with more than 30m copies sold. The Potter’s Field, translated into English by Stephen Sartarelli, won Camilleri the International Dagger, the highest foreign honour of the British Crime Writers Association. The Italian television adaptation, screened on BBC Four and in 65 other countries, has brought tourists by the busload to Sicily. The town on which Vigata is based, Camilleri’s home town of Porto Empedocle, is so proud of its connection that it officially changed its name to Porto Empedocle Vigata in 2003.
Camilleri published the 27th Montalbano novel, Il cuoco dell’Alcyon, in 2018. The final novel in the series was written 13 years ago, but has been kept in his publisher’s Palermo offices for safekeeping. “When I get fed up with him or am not able to write any more, I’ll tell the publisher: publish that book. Sherlock Holmes was recovered … but it will not be possible to recover Montalbano. In that last book, he’s really finished,” he said in 2012.
Charting a changing Italy alongside the series of crimes solved by Salvo Montalbano, Camilleri has said that he “deliberately decided to smuggle into a detective novel a critical commentary on my times”. His targets have ranged from Silvio Berlusconi to George W Bush, with the mafia and the Vatican always in the background.
In an interview with the Guardian in April, Camilleri said he had been determined to keep mafia bosses in secondary roles. “Not because I fear them,” he said. “But I believe that writing about mafiosi often makes heroes out of them. I’m thinking of The Godfather, where Marlon Brando’s superb performance distracts us from the realisation that he also commissioned murders. And this is a gift that I have no intention offering to the mafia.”
In a recent episode of the Montalbano television show, a pro-migrant message drew anger from supporters of Italy’s far-right deputy prime minister, Matteo Salvini; Camilleri had become a prominent critic of his country’s rightwing populist coalition government, telling the Guardian that “Salvini reminds me of a member of the fascist regime”.
He added: “The great Sicilian writer Leonardo Sciascia once told a story: At the dawn of fascism, a man asked a blind peasant what the future held. The peasant quipped, ‘even if I’m blind, it all looks black’. Today I’m as blind as that peasant. And my answer would be the same.”
Among the first to play tribute was actor Luca Zingaretti, who plays the title role in Inspector Montalbano.
“In the end you caught me off guard and left us,” he wrote in an emotional post on Instagram. “Despite the increasingly tragic news, I hoped until the last that you would open your eyes and address us with one of your sentences, for all to listen to and conserve …. You have now departed and left me with an emptiness that can’t be filled. But I know that each time I say, even alone, in my head, that ‘I am Montalbano!’ then you will have left smiling, perhaps smoking a cigarette and winking at me, as a sign of understanding, like the last time we met in Siracusa. Farewell maestro and friend. Rest in peace.”
Sergio Mattarella, the Italian president, said the death of Camilleri “leaves a vacuum in Italian culture and inside those who loved reading his stories”, while premier Giuseppe Conte described Camilleri as “a master of irony and wisdom”.
“With boundless creativity, he told the story of his Sicily and his rich fantasy world,” Conte added. “We lose a writer, an intellectual, who was able to speak to everyone.”
THE GUARDIAN 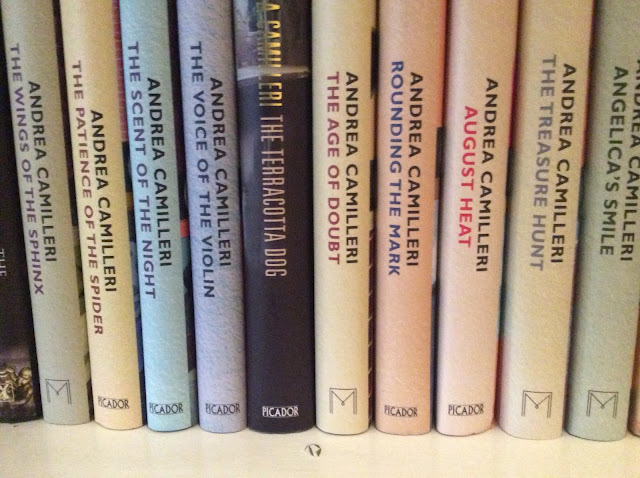 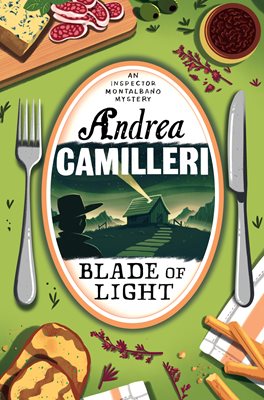