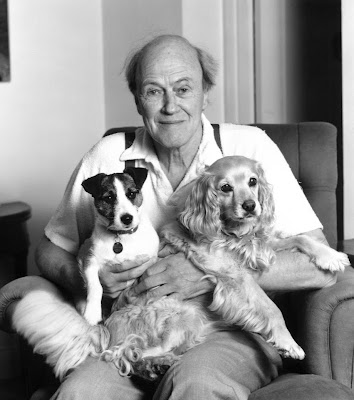 British writer, famous for his ingenious short stories and macabre children's books. Dahl's taste for cruelty, rudeness to adults, and the comic grotesque fascinated young readers, but upset many adult critics. Several of Dahl's stories have been made into films, including Matilda, dir. by Danny DeVito (1996). 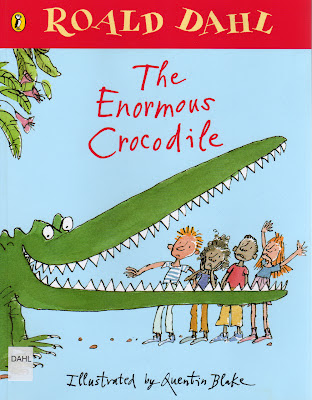 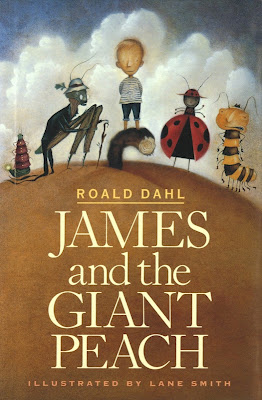 Roald Dahl was born in Llandaff, Wales, of Norwegian parents. His father, Harald Dahl, was the joint owner of a successful ship-broking business, "Aadnesen& Dahl" with another Norwegian. Before emigrating to Wales, Harald had been a farmer near Oslo. He married a young French girl named Marie in Paris; she died after giving birth to their second child. In 1911 he married Sofie Magdalene Hesselberg. Harald died when Dahl was four years old, and three weeks later his elder sister, Astri, died from appendicitis. The family had to sell their jewellery to pay for Dahl's upkeep at a private school in Derbyshire. When Dahl was 13 he went to a public school named Repton.
His years at public schools in Wales and England Dahl later described without nostalgia: "I was appalled by the fact that masters and senior boys were allowed literally to wound other boys, and sometimes quite severely. I couldn't get over it. I never got over it..." (from Boy: Tales of Childhood, 1984) Dahl especially hated the matron who ruled the school dormitories. These experiences later inspired him to write stories in which children fight against cruel adults and authorities. "I have never met anybody who so persistently writes words meaning the exact opposite of what is intended," one of Dahl's English teachers commented.
"Parents and schoolteachers are the enemy," Dahl once said. "The adult is the enemy of the child because of the awful process of civilizing this thing that when it is born is an animal with no manners, no moral sense at all." In WITCHES (1973) behind the mask of a beautiful woman is an ugly witch, and in MATILDA (1988) Miss Turnbull throws children out of windows. Both parents are eaten in JAMES AND THE GIANT PEACH (1961), but the real enemies of the hero of the story, a little boy, are two aunts.
At eighteen, instead of entering university, Dahl joined an expedition to Newfoundland. Returning to England he took a job with Shell, working in London (1933-37) and in Dar es Salaam, Tanzania (1937-39). During World War II he served in the Royal Air Forces in Libya, Greece, and Syria. He was shot down in Libya, wounded in Syria, and then posted to Washington as an assistant air attaché to British Security (1942-43). In 1943 he was a wing commander and worked until 1945 for British Security Co-ordination in North America.
In the crash Dahl had fractured his skull, and said later: "You do get bits of magic from enormous bumps on the head." While he was recovering from his wounds, Dahl had strange dreams, which inspired his first short stories. Encouraged by C.S. Forester, Dahl wrote about his most exiting RAF adventures. The story, A Piece of Cake, was published by the Saturday Evening Post. It earned him $1,000. The same story was later included in OVER TO YOU: THE STORIES OF FLYERS AND FLYING (1946). Dahl's first children's book, THE GREMLINS (1943), about mischievous little creatures, who eventually join the Allied forces in the Battle of Britain, caught also Walt Disney's attention. Later it inspired a popular movie. Dahl's collection of short stories, SOMEONE LIKE YOU (1954), gained world success, as did its sequel, KISS KISS (1959). The two books were serialized for television in America. A number of the stories had appeared in the New Yorker. Dahl's stories were seen in Alfred Hitchcock Presents (1955-61) and in the Tales of the Unexpected (1979) series.
In 1953 Dahl married the successful and wealthy actress Patricia Neal; they had one son and four daughters – the eldest daughter Olivia died of measles when she was eight. Dahl's wife suffered a series of brain hemorrhages at the age of 38; while pregnant with their fifth child she had a stroke. She described her recovery and her husband's solicitous help in the autobiography As I Am (1988). The marriage ended after other family tragedies; she also discovered that Dahl had been having an affair with her friend, Felicity Ann Crossland, who was 22 years his junior. Dahl married her in 1983. Patricia Neal received in 1964 an Oscar for her performance in Hud. She died in 2010.
The only stageplay Dahl ever wrote, THE HONEYS, failed in New York in 1955. After showing little inclination towards children's literature, Dahl published JAMES AND THE GIANT PEACH (1961). It was first published in the United States, but it took six years before Dahl found a published in Britain. James and the Giant Peach was followed by the highly popular tale CHARLIE AND THE CHOCOLATE FACTORY (1964), which has inspired two film adaptations. The story dealt with one small boy's search for the ultimate prize in fierce competition with other, highly unpleasant children, many of whom come to sticky ends as a result of their greediness. It presented the central theme in Dahl's fiction for young readers: virtue is rewarded, vice is punished. In the end the fabulous chocolate factory is given to Charlie, the kind, impoverished boy. THE WITCHES (1983) won the Whitbread Children's Book Award in 1983. The judges described the book as "deliciously disgusting". Later Felicity Dahl collected her husband's culinary "delights", such as "Bird Pie", "Hot Frogs", and "Lickable Wallpaper" in Roald Dahl's Revolting Recipes (1994).
MY UNCLE OSWALD (1979) was Dahl's first full-length novel, a bizarre story of a scheme for procuring and selling the sperm of the world's most powerful and brilliant men. Dahl received three Edgar Allan Poe Awards (1954, 1959, 1980). In 1982 he won his first literary prize with THE BFG, a story about Big Friendly Giant, who kidnaps and takes a little girl to Giantland, where giants eat children. In 1983 he received World Fantasy Convention Lifetime Achievement award. Dahl died of an infection on November 23, 1990, in Oxford. Dahl's autobiographical books, BOY: TALES OF CHILDHOOD and GOING SOLO, appeared in 1984 and 1986 respectively. The success of his books resulted in the foundation of the Roald Dahl Children's Gallery in Aylesbury, not far from where he lived. 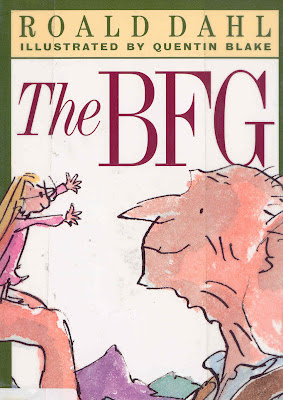 "Good ghost stories, like good children's books, are damnably difficult to write. I am a short story writer myself, and although I have been doing it for forty-five years and have always longed to write just one decent ghost story, I have never succeeded in bringing it off. Heaven knows, I have tried. Once I thought I had done it. It was with a story that is now called 'The Landlady'. But when it was finished and I examined it carefully, I knew it wasn't good enough. I hadn't brought it off. I simply hadn't got the secret. So finally I altered the ending and made it into a non-ghost story." (from Roald Dahl's Book of Ghost Stories, 1983) 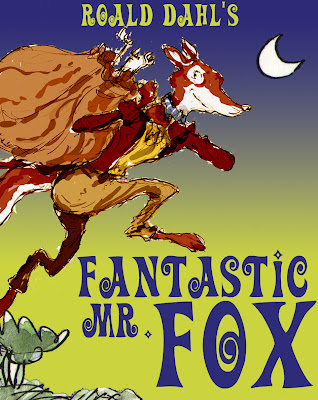 Dahl's stories have unexpected endings and strange, menacing atmospheres. The principle of "fair play" works in unconventional but unavoidable ways. Uncle Oswald, a seducer from 'The Visitor', gets seduced. In 'Parson's Pleasure' an antique dealer tastes his own medicine and the Twits from THE TWITS (1980) use glue to catch birds and meet their own gluey ends. In 'Lamb to the Slaughter' the evidence of a murder, a frozen leg of lamb, is eaten by officers who in vain search for the murder weapon. The story was inspired by a meeting with the writer Ian Fleming at a dinner party. Puns, word coinages, and neologism are more often used in the children's stories, whereas in adult fiction the emphasis is on imaginative plots. In addition to his children's books, Dahl also aroused much controversy with his politically incorrect opinions - he was accused of anti-Semitism and antifeminism and when a prowler managed to get into Queen Elizabeth's bedroom, Dahl was wrongly suspected of giving to the unwanted guest the whole idea in one of his books, The BFG (1982). 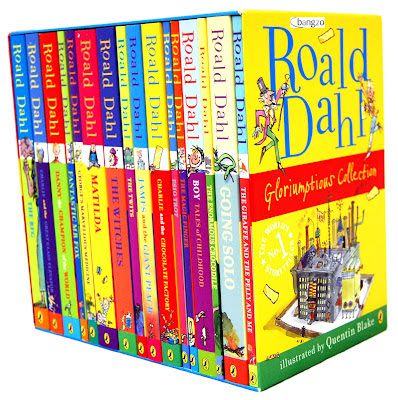 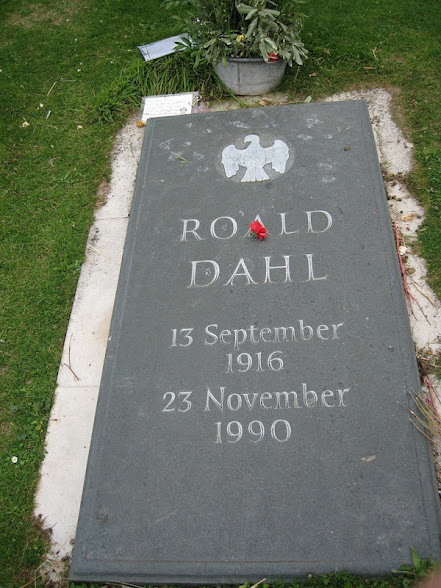 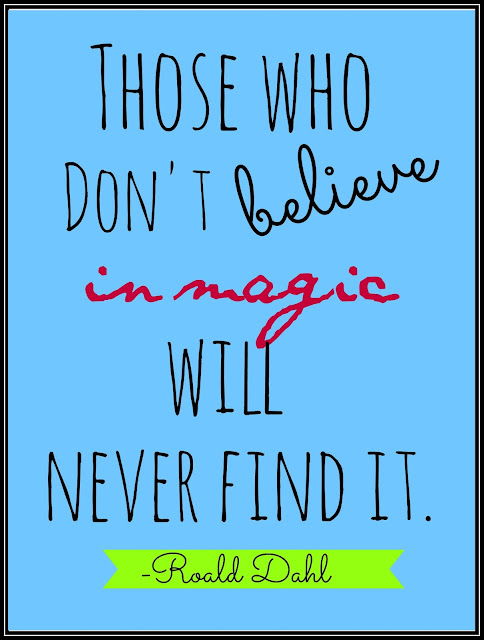 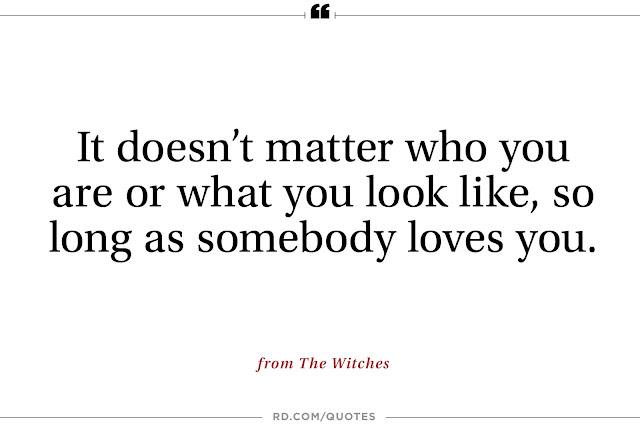 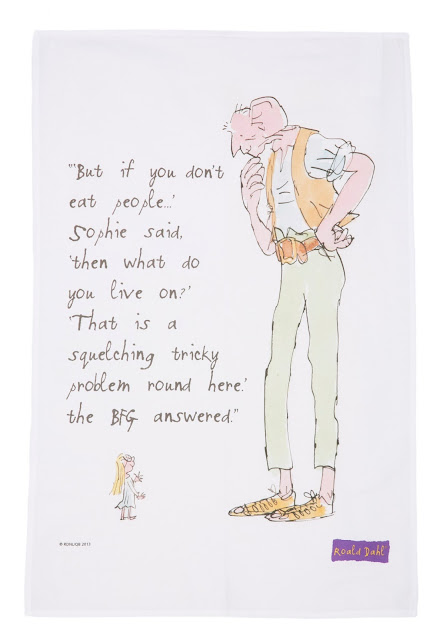